Three mistakes at the Hollywood Museum 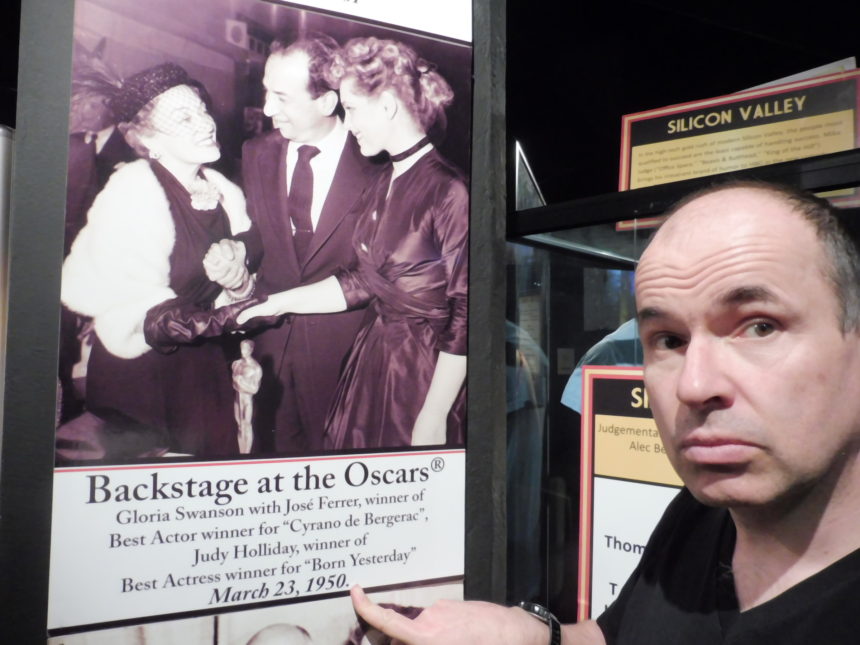 At the Hollywood Museum … 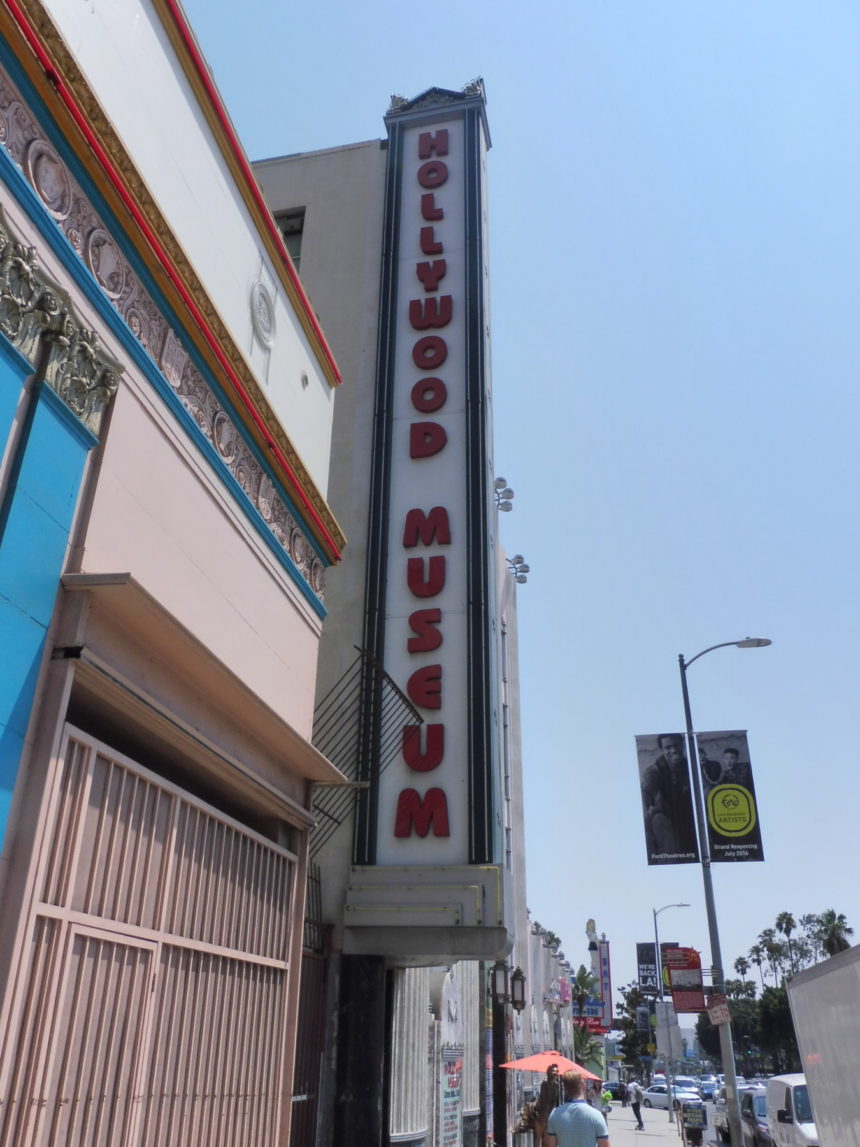 … I saw the bottle from I Dream of Jeannie … 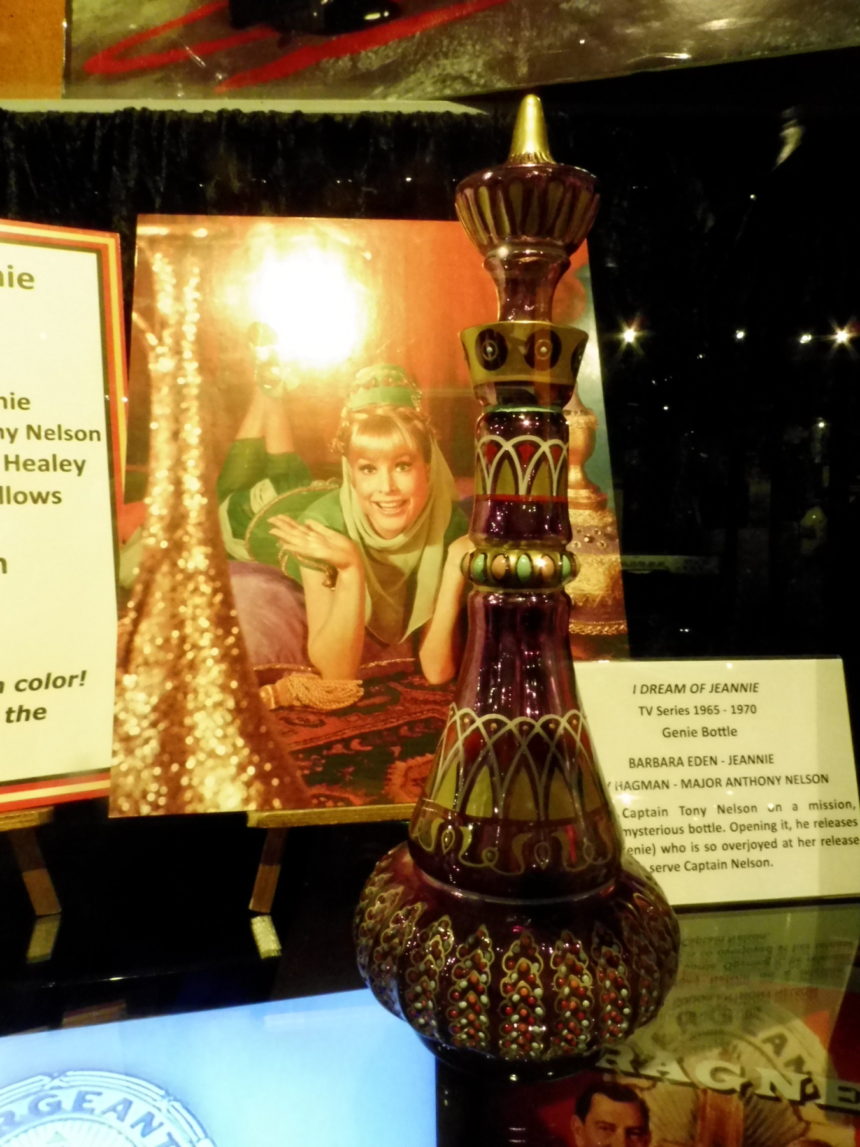 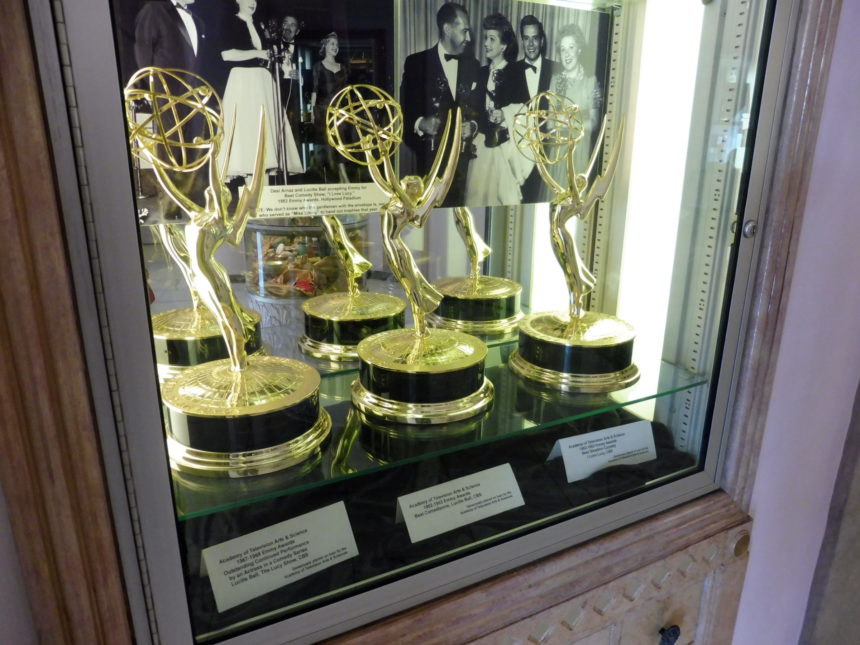 … and another pair of ruby slippers from The Wizard of Oz.  (I say another because of the two I saw in Washington DC last year.) 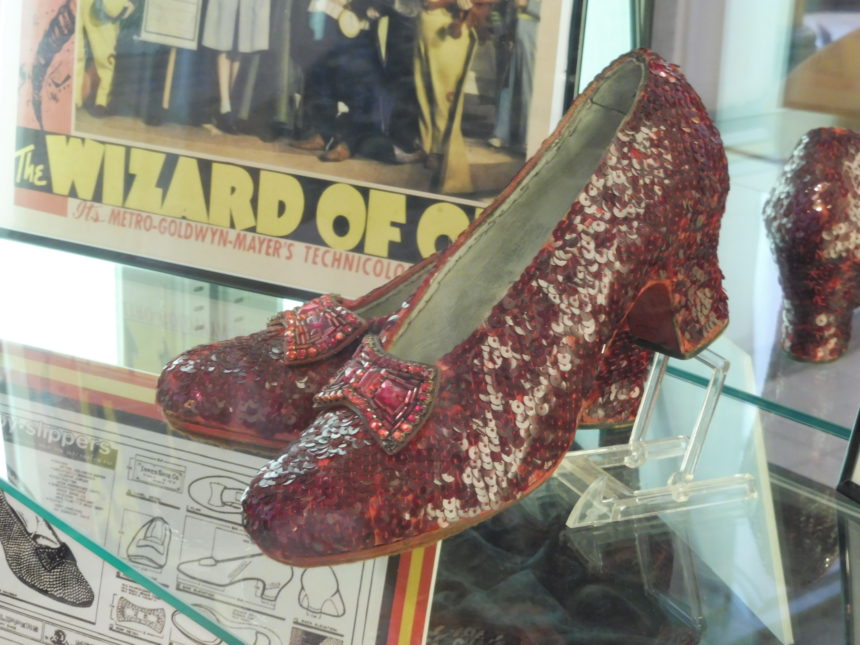 But I also spotted some errors.

Mistake #1: The character who wasn’t queer. 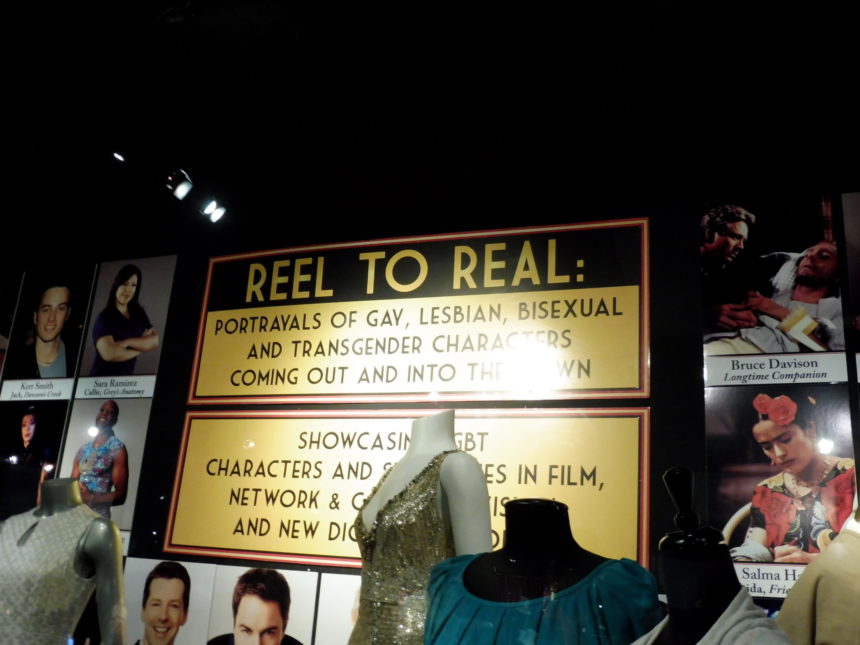 Sue Sylvester was in the gallery of gay, lesbian, bisexual and transgender characters. 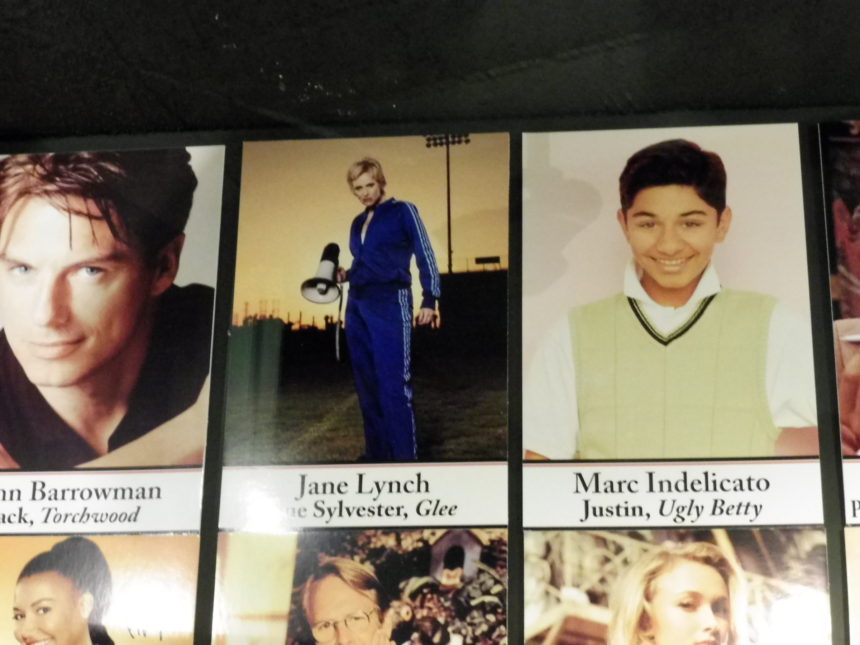 Although Jane Lynch is out and proud, the character she played on Glee was heterosexual, even after marrying herself, unless, of course, she turned lesbian in the final seasons after everyone stopped watching.

At least the gallery stopped at GLBT characters. In Australia, it seems now to be politically correct to say GLBTIQ (Gay Lesbian Bisexual Transgender Intersex Questioning, though hopefully not all at once). A friend and I recently tried to predict the next letter to be added to the ever growing list. My money’s on E for Experimenting, but I’m willing to consider alternative bids. 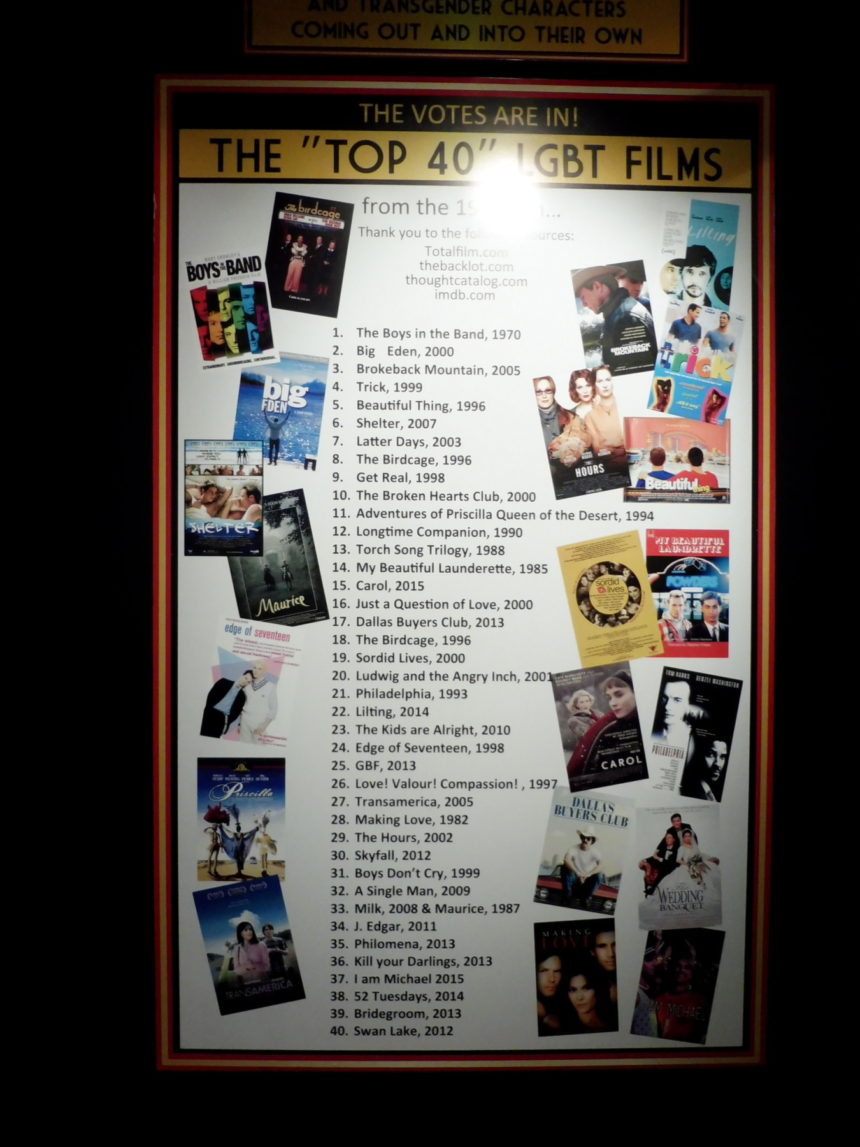 Look at number 20 on the list of top LGBT films:

At time time, in California, they were promoting the musical version, with the correct name: 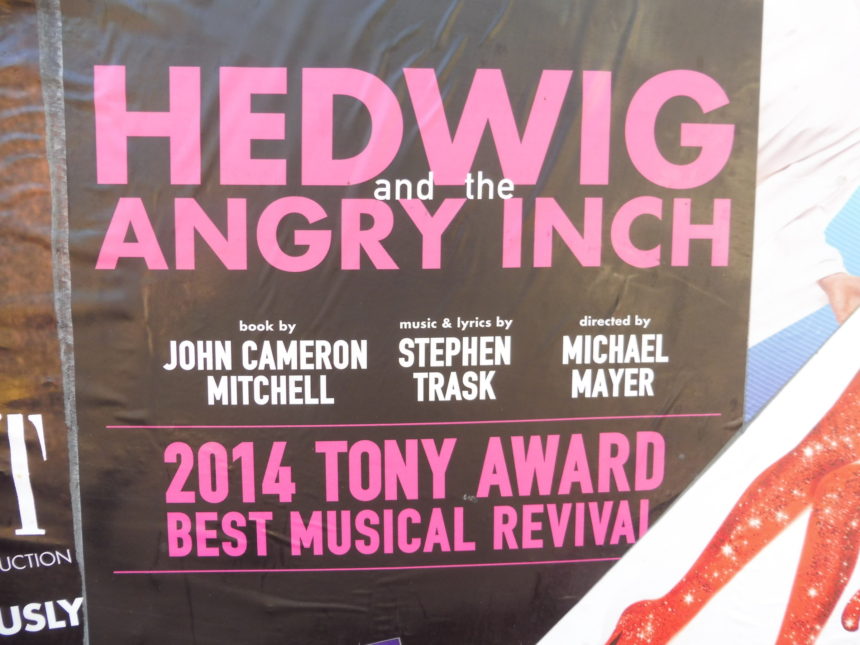 The final one could only have been spotted by someone with a total obsession for the Oscars, or who’d read my blog closely.

The Oscar ceremony in question took place on March 29, 1951, rather than March 23, 1950. By complete coincidence, I actually mentioned this date as part of the feminist history lesson I gave in my post on The King and I.

I can see what happened here. Judy Holliday won the 1950 Best Actress Oscar. Whoever wrote this assumed that the 1950 Oscars were held in 1950. This was not so. They were held in 1951, honouring films that had been released in 1950. Just saying …

4 thoughts on “Three mistakes at the Hollywood Museum”