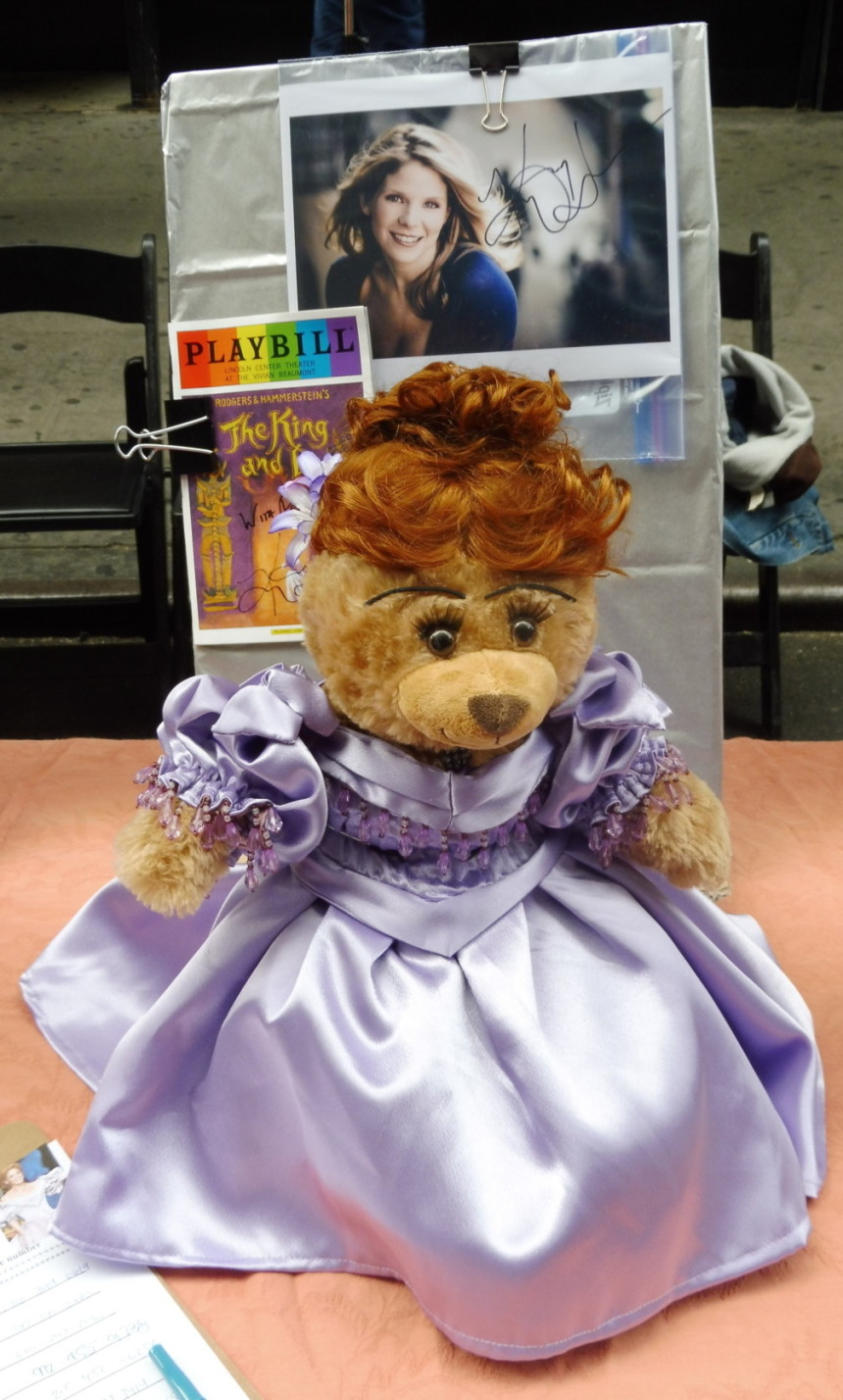 I was recently in New York City, eating shrimp and sweet corn next to the Hudson River, about to make the short walk to the Lincoln Center Theater to see The King and I. 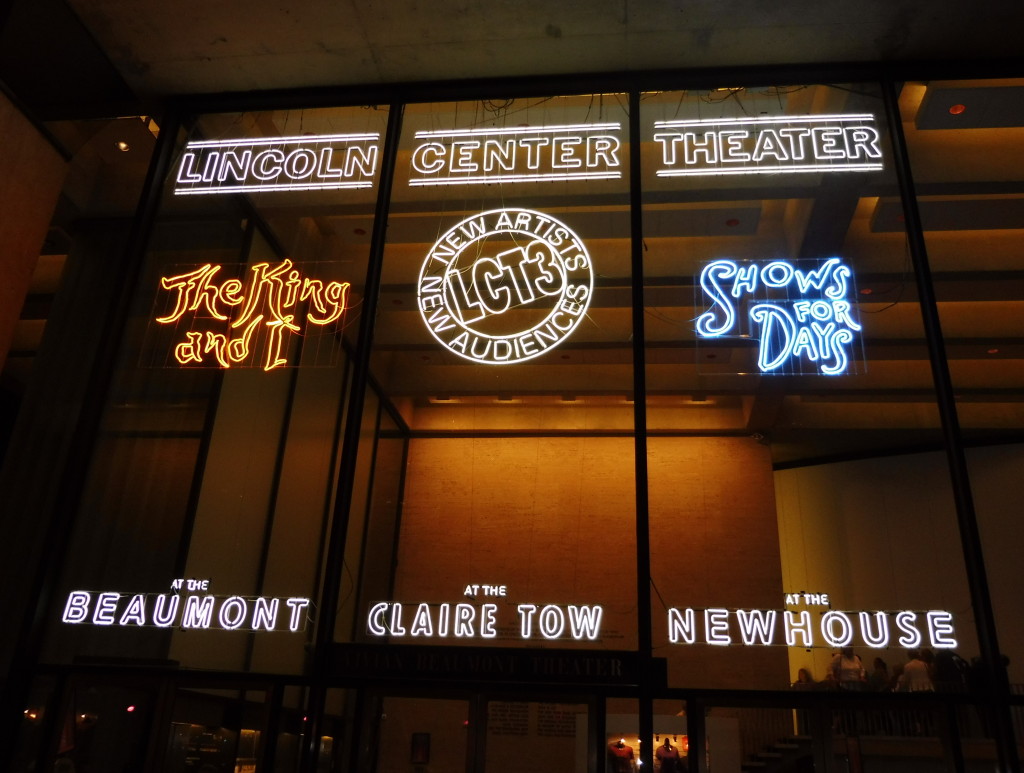 ‘You wouldn’t think they’d name a theatre after Abraham Lincoln,’ I said to my Cousin Jo and friend JJ. ‘He didn’t exactly have the happiest of theatre-going experiences.’

I started speculating on some of the lesser-known aspects of President Lincoln’s assassination, which took place in a Washington DC theatre. Did the rest of the audience get their money back? Was I even wrong to assume they abandoned the performance? Did the show go on?

I am not exactly known for sentimentality. Whenever someone turns up with a baby, I can’t help telling the infant the truth about Santa. When I was 11, I cringed at my big sister bawling through the final episode of Seven Little Australians, when Judy died saving her brother from a falling tree branch. I thought it was naff when an illustrated adaptation of the series ended with seven happy little Australians, rather than six sad and one dead little Australian.

I recently got into an argument at a Chinese banquet about the liberties the movie Holding the Man took with the real life story on which it was supposed to be based. The King and I does the same with Anna Leonowens’ memoirs, which in turn, it seems, were already rather embellished.

I might therefore seem an unlikely candidate to have watery eyes at the end of Act One, with more water – and sniffles – for much of Act Two. But that’s what the Broadway revival of The King and I did to me. It was partly the music and expert staging, but largely because I cared for the central character of Anna (superbly played by Kelli O’Hara): an intelligent, cultured, single mother, earning money to support herself and her son, constantly standing up to a powerful monarch, displaying considerable bravery and influence in the process.

One of the strongest ever female musical roles was created in the 1950s: a decade that is not looked back with fondness as the high point of feminism. Women who’d taken paid jobs in factories during the Second World War were back being housewives in the suburbs. Yet it was far from barren for working actresses.

The original production of The King and I premiered in New York on 29 March 1951. On exactly the same date, on the other side of the continent, the Oscars® were awarded. The losing nominees for Best Actress were:

Twenty-five years later, Women’s Lib was swinging, but parts for women in movies had become so thin that arguably none of the nominees for Best Actress at the Oscar® ceremony held in 1976 had actually played leading roles.

I’d sound too gushy if I went into much detail of what I saw at the Lincoln Theater Center. The understudy for Tuptim performed and sounded as though she’d been doing the role eight times a week. Jose Llana was mature and sexy as The King. Elaborate pillars were a simple but effective way of establishing a royal court. The stage extended over the orchestra pit, creating a closer bond with the audience. Despite it being almost three hours long, the only time I felt the pace slow was during ‘The Small House of Uncle Thomas’, which nonetheless was well done (though I think the reprise of ‘I Whistle a Happy Tune’ at the end could have been cut). And the costumes…

The most moving song of The King and I (and perhaps the most moving ever) is ‘Something Wonderful’. A reviewer used the same words to describe the show, which the producers placed in big print on one of the promotional posters. (Unfortunately, my photo of that poster is anything but wonderful, which is why it isn’t here.) An American in Paris has the song “’S Wonderful” (originally from the musical Funny Face). Did Oscar Hammerstein II and Ira Gershwin come up with these names in the hope they’d be used by favourable reviewers?

If so, it was a risky strategy. Suggestive names can backfire. A review of the movie Once Is Not Enough began with: ‘Wanna Bet?’ A critic said that Moment by Moment (starring John Travolta and Lily Tomlin) dragged on ‘hour by hour’. But it was worth taking a punt on ‘Something Wonderful’, because that’s what the show undoubtedly is.

I gave An American in Paris a standing ovation because the people in front of me were doing so, and I wanted to see what was happening on stage. At the end of The King and I, I became one of those people in front. An old king had tamed this old queen. 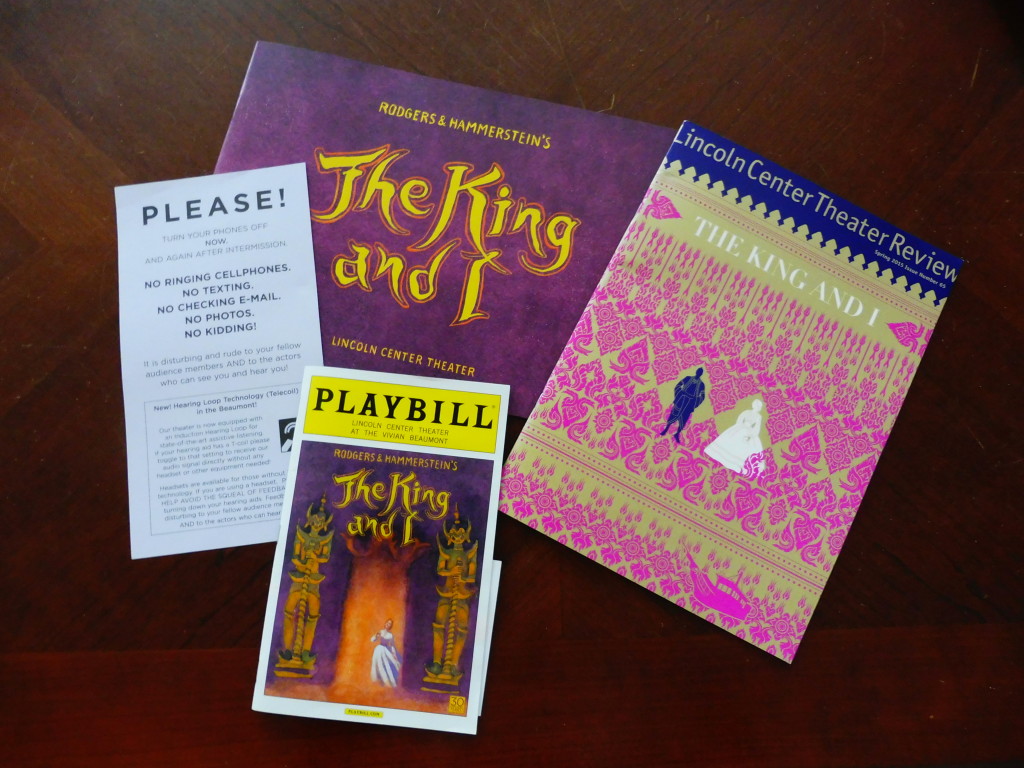 PS – I later read that the name ‘Lincoln Center’ comes from Lincoln Square, the neighbourhood on which it was built. But there is speculation as to whether Lincoln Square was named after Abraham Lincoln. The New York mayor at the time was the son of one of the president’s enemies. Some say the center’s name comes from Lincoln Kirstein, who was prominent in New York ballet, but The New York Times does not agree.