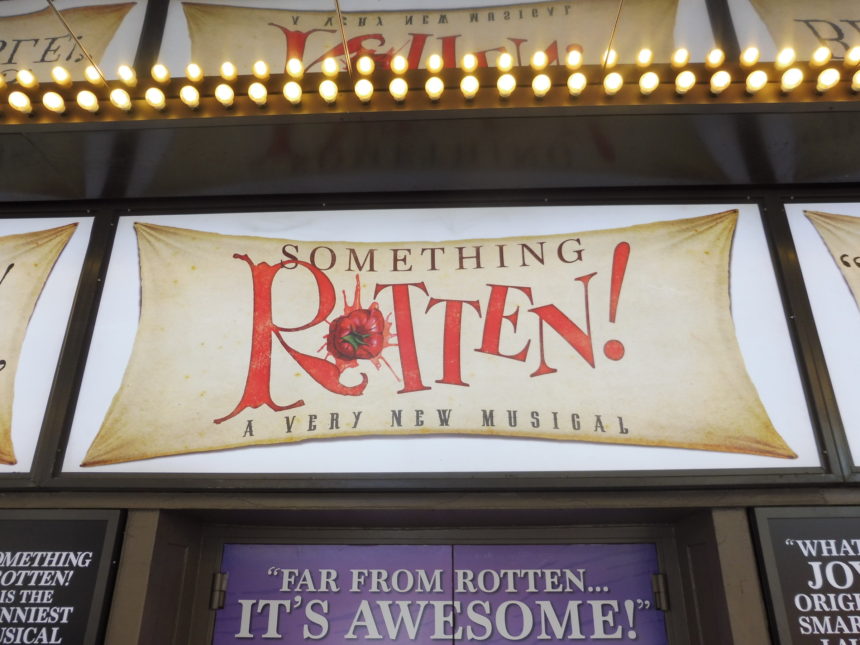 The musical Something Rotten! had its last performance on Broadway on New Year’s Day. This surprised me, because it had been playing for less than two years. That’s longer than Allegiance, but musicals are so expensive these days that they normally need much longer runs if they’re going to make any decent money.

My niece Genevieve saw it in New York City in April, and told me I had to see it when I went there in August. So I made it one of the three musicals I saw in 27 hours.

It’s England in the 1590s. Nick Bottom, a mediocre playwright, is jealous of William Shakespeare, so he goes to Nostradamus, who predicts that something called musicals will become very popular. Nick also asks him to say what Shakespeare’s biggest hit will be, so he can steal it. The prophet gets the signs a bit mixed up – instead of Hamlet, it’s Omelette.  So Nick tries to stage Omelette: the Musical.

That’s about as serious as it gets.

Thankfully, Something Rotten! is going on tour around the United States, which gives me some hope that an Australian producer will consider it commercially viable enough to come here.

I’ve written before about how some of the cast of the short-lived, often silly, but always entertaining musical TV series Smash have gone on to better things. 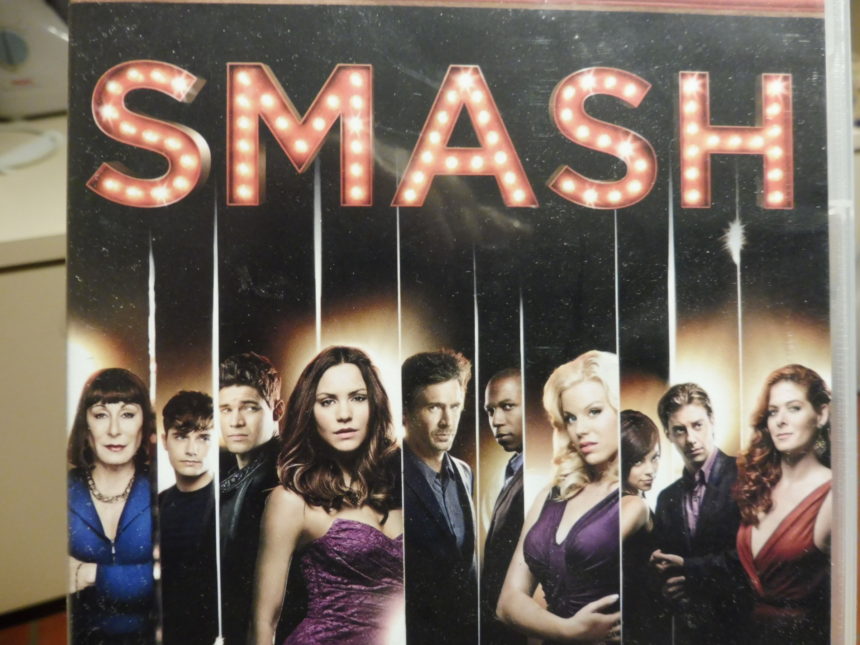 I saw Mara Davi and Krysta Rodriguez in the Hollywood Bowl version of A Chorus Line.

Leslie Odom, Jr, who played a chorus boy with morals because he waited a few weeks before sleeping with the composer, starred in the monster hit Hamilton.  Somehow, JJ scored us tickets to that. Odom ended up winning a Tony award.

Confused? You should be! 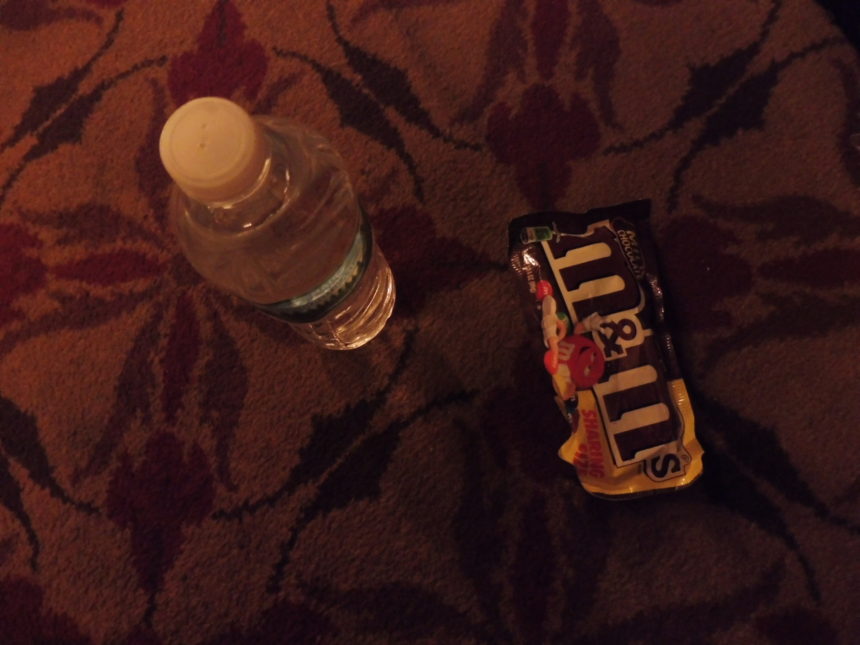 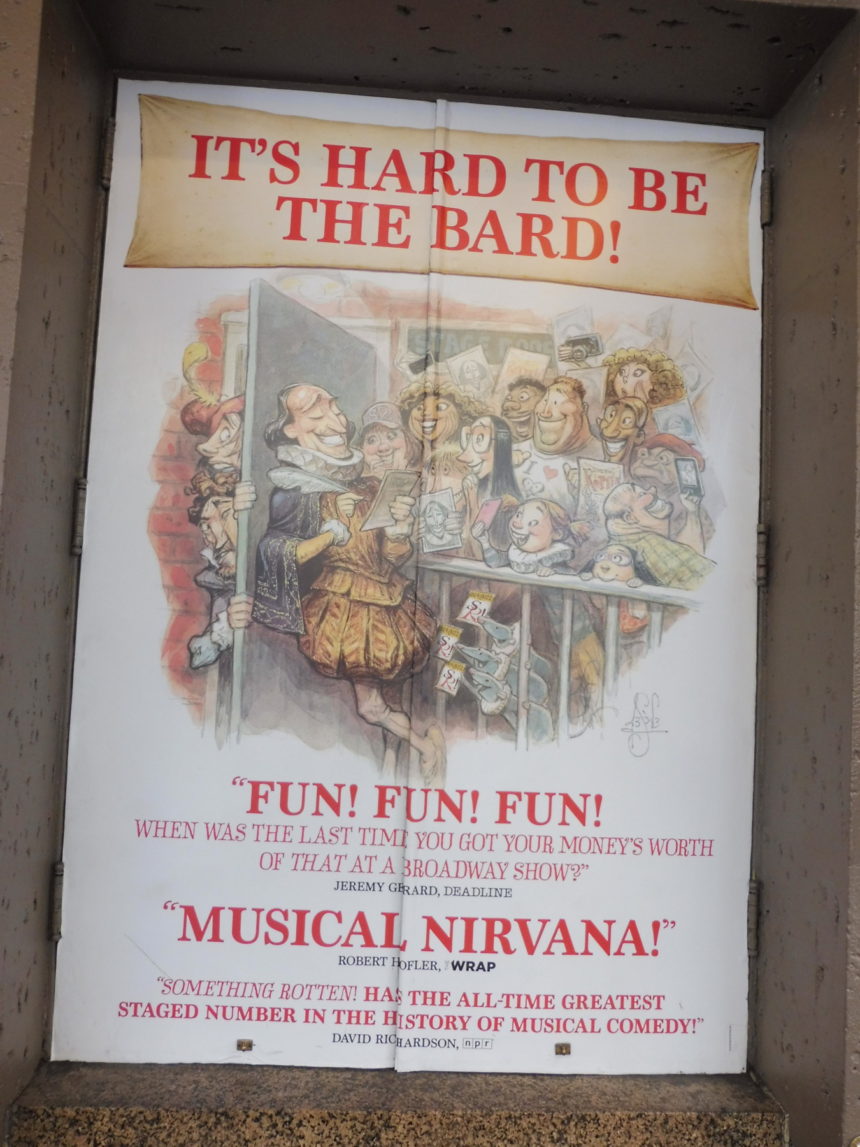