Can you be too successful? 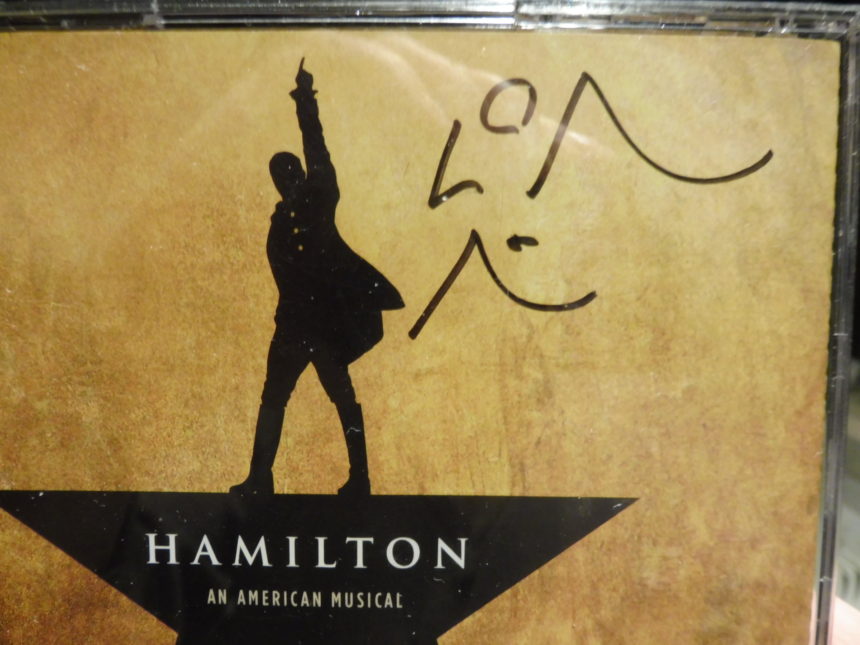 He’s the writer, composer and star of Hamilton, which I saw last year on Broadway. He’s received Tony nominations for all three jobs. Yet he might end up losing the Best Actor in a Leading Role in a Musical award to his co-star, Leslie Odom, Jr. Has anyone ever lost a major acting honour to someone whose part he’s written?

I first saw Leslie Odom, Jr in Smash, a TV series about a group of artists who had rampant affairs, but found the time to make two Broadway musicals on the side. He played a chorus boy who claimed to have morals the other chorus boys lacked. This meant taking a couple of weeks before going to bed with his show’s composer.

Smash was often silly, and only lasted two seasons. It was, however, always entertaining, largely due to the catchy musical numbers by gifted performers. Mr Odom, Jr’s one solo – ‘(Let’s Start) Tomorrow Tonight’ – was a good example.

Hamilton will run for considerably longer, if indeed it will ever end. There’s talk of it coming to Australia, which I’m happy about, because I was concerned that risk-averse producers might have thought it was too American.

The Tonys are held in New York City on Sunday, 12 June, which will be Monday in Australia. Between now and then, I’m off to see Bring it On, this year’s major production by the musical theatre students of the Western Australian Academy of Performing Arts (WAAPA).

I’ve just found out who co-wrote the songs.