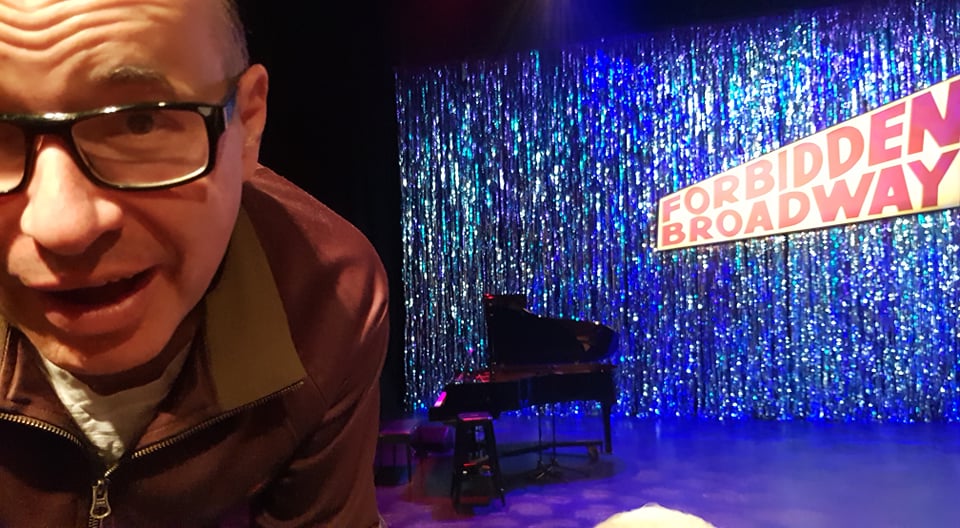 Back in the nineties, I had a friend who in turn had a CD collection that cost him $27,000. He played me tracks from Forbidden Broadway and Forbidden Hollywood, which parodied tunes and made fun of stars. Ten years later, JJ took me to see the show Forbidden Broadway in an off-Broadway theatre. The creator, Gerard Alessandrini, was standing at the back of the smallish theatre, and being a bold and plucky tourist, I went up and talked to him, though I think what I said was pretty banal, though maybe not as banal as when I talked about shoelaces in the presence of Julie Andrews. 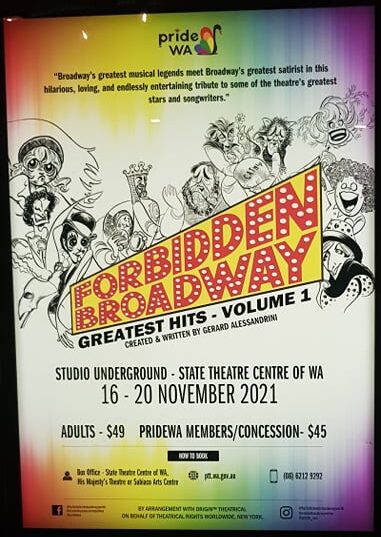 Five very talented people performed some of Forbidden Broadway‘s material last night at the Studio Underground in the State Theatre Centre. I was surprised by the mixed crowd, as I thought it’d be mostly old queens like me. They sent up Annie, West Side Story, Chicago, The Phantom of the Opera, Les Mis, Rent, Liza Minnelli, Carol Channing … but sadly not Dame Julie.

There are enough other songs in the Forbidden Broadway archive for them to come back next year and perform another show. I hope they do.