The play that went right 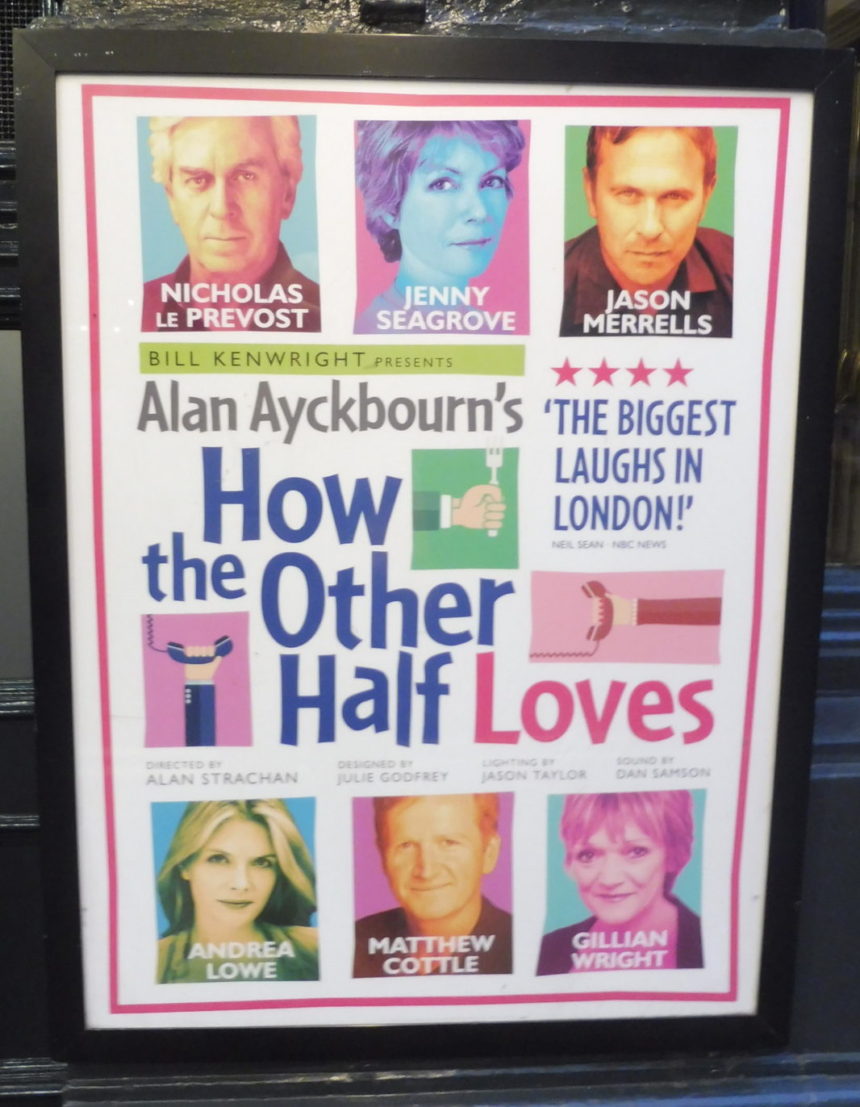 In London in September, I thought about seeing The Play That Goes Wrong, because it sounded different. I chose instead a revival of a 47-year-old comedy – How the Other Half Loves – because Jenny Seagrove was in it. I remembered her from a Barbara Taylor Bradford mini-series in the 1980s. 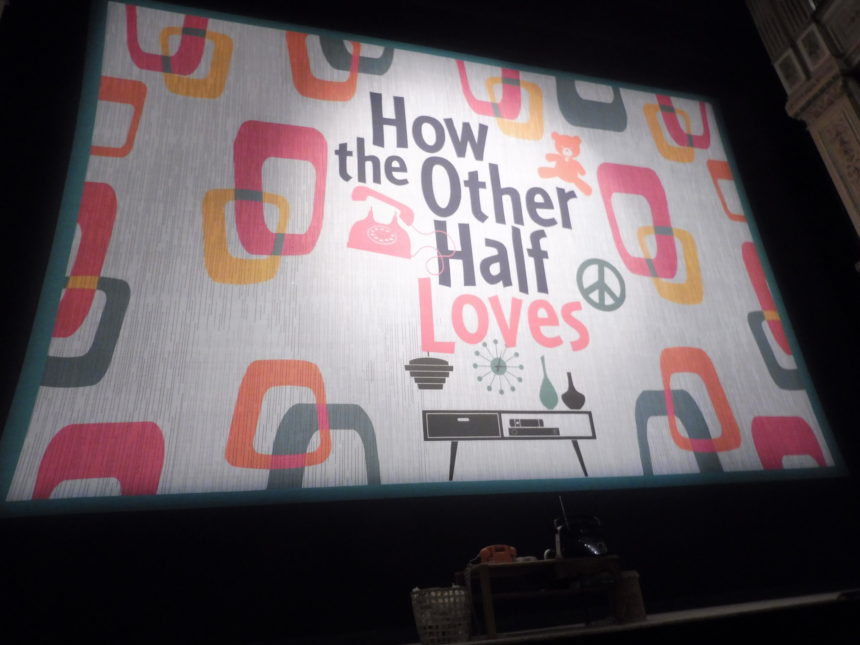 Yet of all the eleven pieces of theatre I saw on that overseas trip, this may have been the most innovative.

It started with two scenes in two different houses happening at the same time, on the same set, using the same furniture.

Later, we saw a married couple attend two different dinner parties on different evenings, but again on the same set. The action constantly alternated between the two without any breaks or blackouts.

For much of the play, actors were moving around, ignoring others near them, who were in a different scene.

But for the denouement, everyone got together in the one house in one conventional scene. 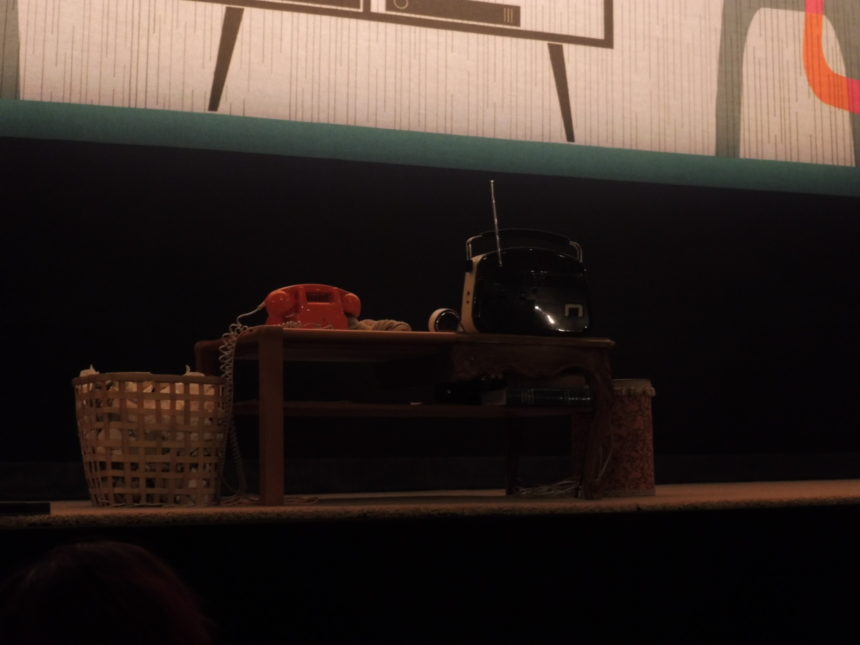 How the Other Half Loves was one of Alan Ayckbourn’s first plays, yet he was already altering the traditional rules of the theatre. It only took him a few months to write, which was out of necessity, because he started promoting it before he wrote it!

The next day, I saw the matinee of The Play That Goes Wrong, which turned out to be more derivative. It was a play within a play. A polytechnic theatre group puts on a murder mystery, and everything goes wrong. 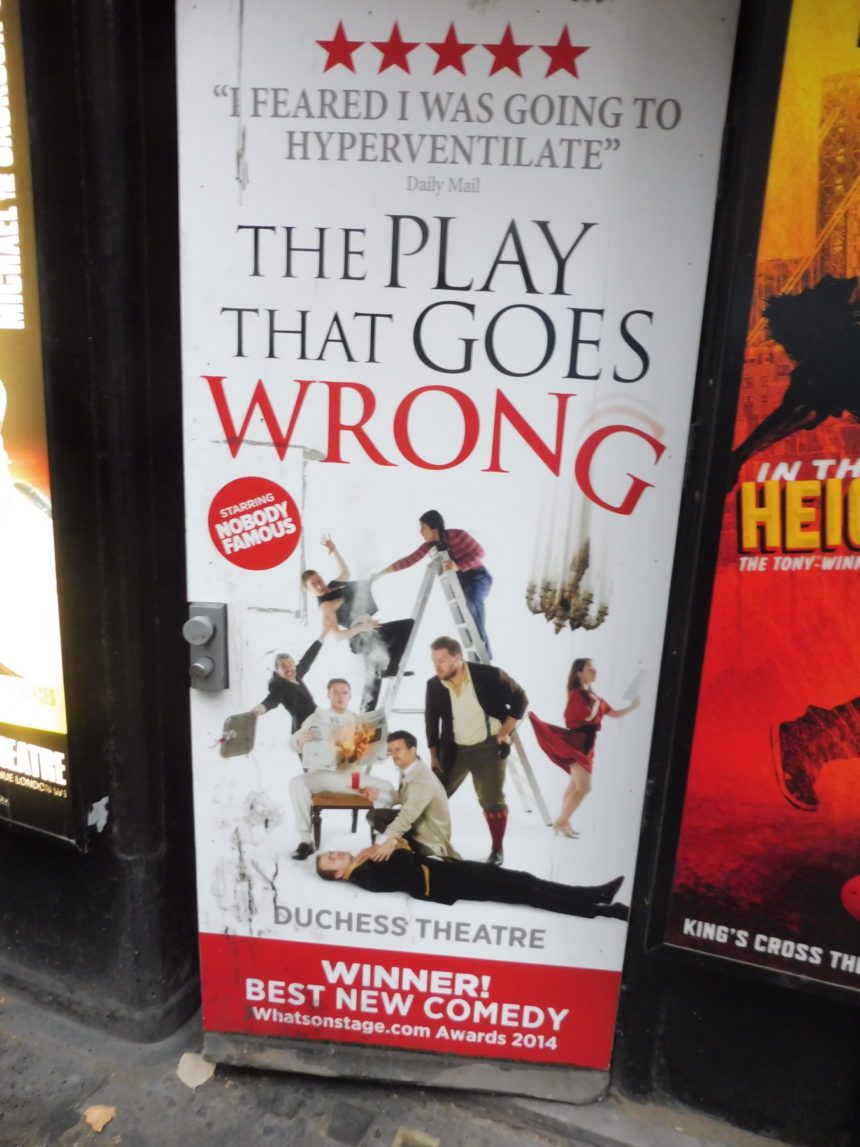 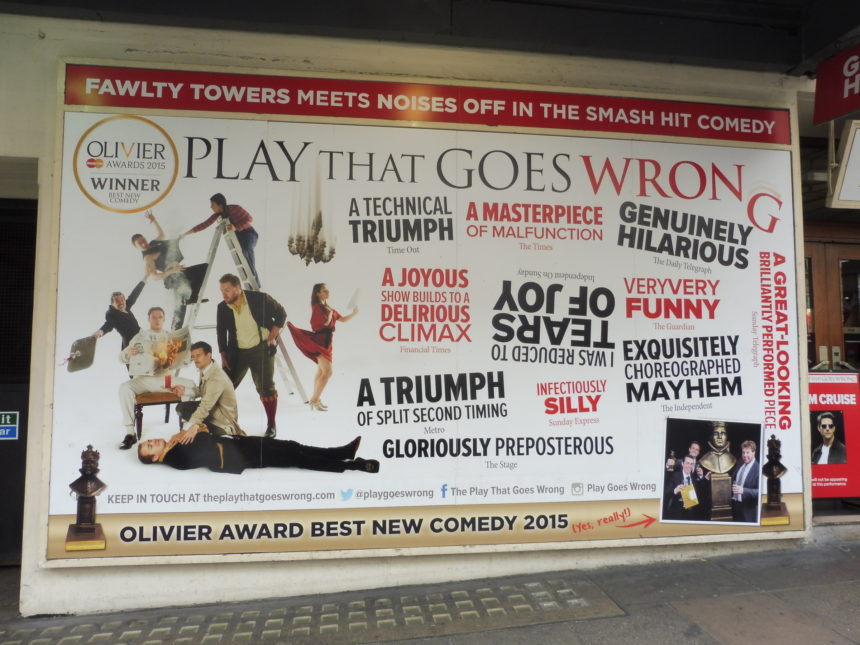 Both How the Other Half Loves and The Play That Goes Wrong relied on the performers getting their timing absolutely right, and then some, and they did. In the latter play, if they hadn’t, they could have been seriously injured. The first play, in my view, was the better theatrical experience.

But if you like slapstick done well, then see The Play That Goes Wrong at the Duchess Theatre. They’re still taking bookings in London … and it’s about to tour Australia. 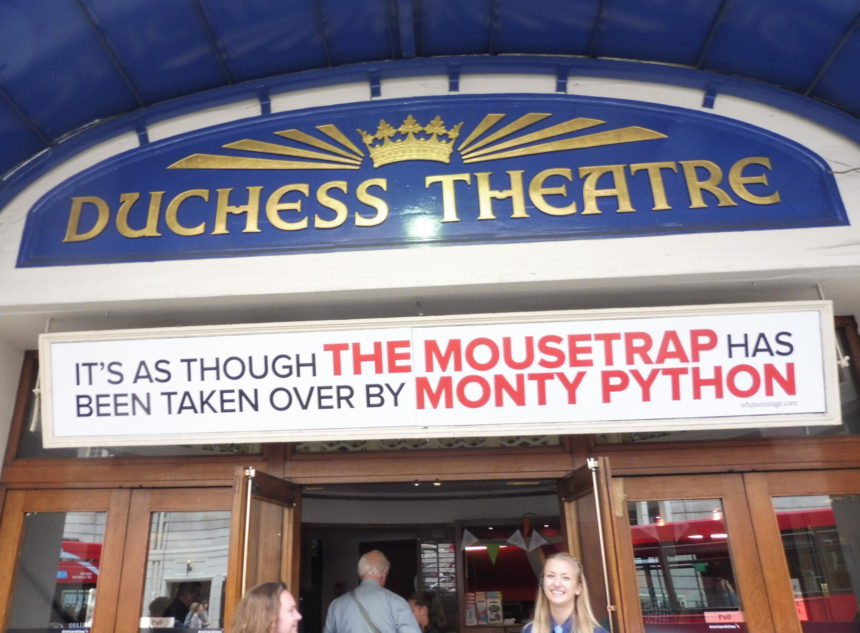 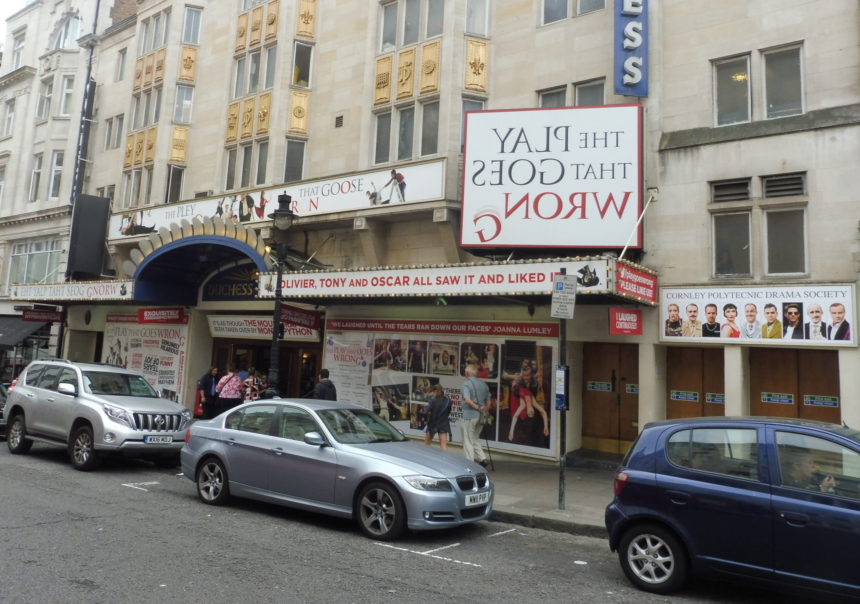