Meeting Martina at the Madame’s 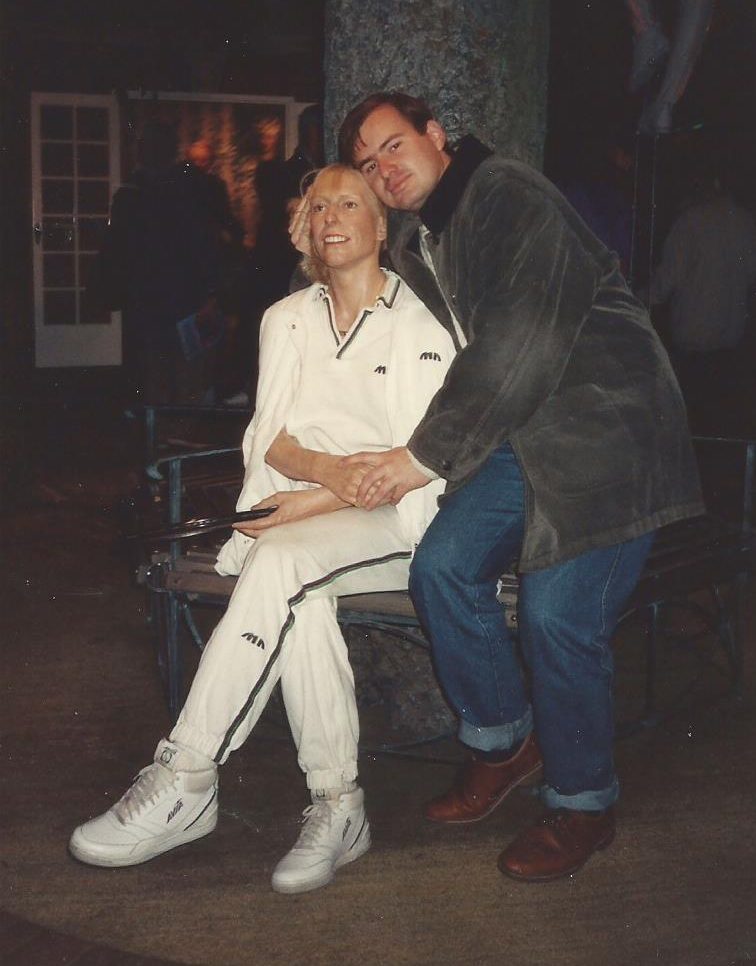 Some years later, I wrote a tasteful novel. One problem with writing fiction is that you can’t always base your stories on real events, because some things are so out there, your readers can only believe them if they’re told that they’re true.

Imagine a movie about a tennis player who defects from Communist Czechoslovakia, comes out as a lesbian, lives with a novelist, falls in love with a mother-of-two married Texan former beauty queen (who later dates the novelist), hires (and fires, and re-hires) a transgender ophthalmologist as her coach, wins a record number of Wimbledon titles, and wins her last major tournament (albeit not in singles) the month before her fiftieth birthday.

We could believe it, if we’re told it’s true, which in Martina’s case, it was. It would probably make a more interesting movie than Battle of the Sexes…