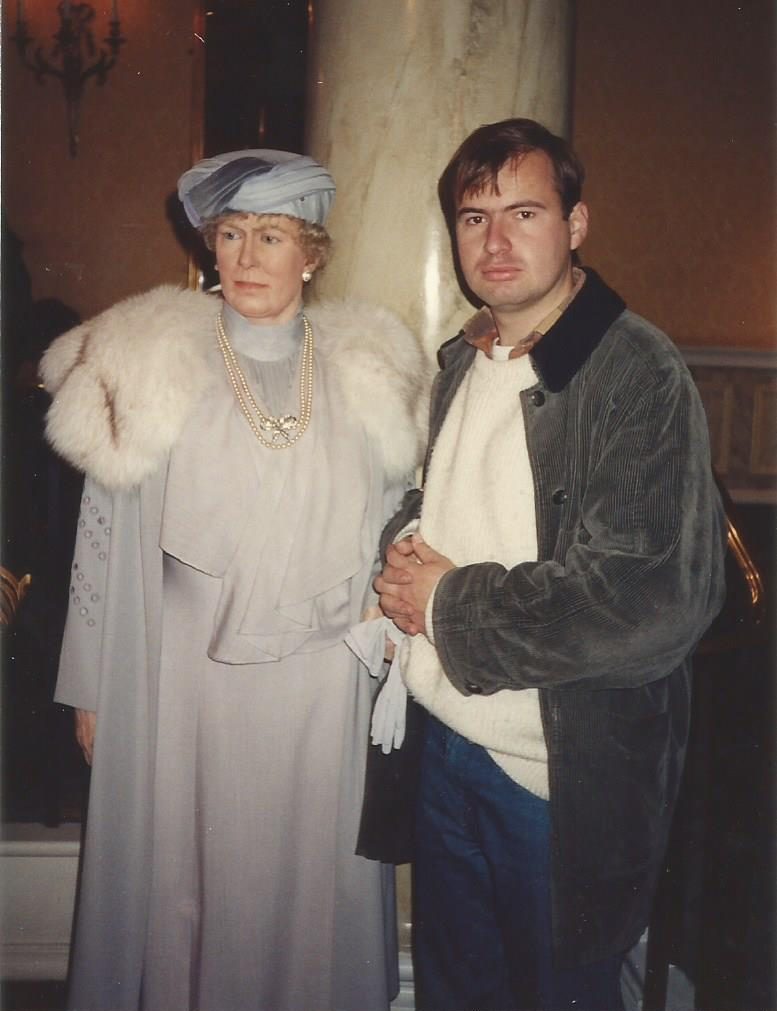 Queen Mary is having a bit of a revival. A friend is soon to leave Fremantle on the Queen Mary 2. If I go on Netflix, I can see her prominent appearance in the first season of The Crown.

But for me, she never went away, as this picture from Madame Tussaud’s in 1991 demonstrates.

My father always said, ‘Now she was a proper Queen!’ Though apparently this didn’t stop her being a bit of a kleptomaniac when she’d visit people’s houses.

When the present Queen came to the throne, there were two dowager Queens: Queen Mary and Queen Elizabeth the Queen Mother. I’ve often wondered which one outranked the other, which I guess is not the usual preoccupation of a middle-aged man living in Perth, Western Australia in the twenty-first century.

Her waxwork looks in better shape than I. Everything was expensive in England back then … except the VAT-free chocolate!