Seeing a world record getting broken… but it’s already been broken another hundred times since! 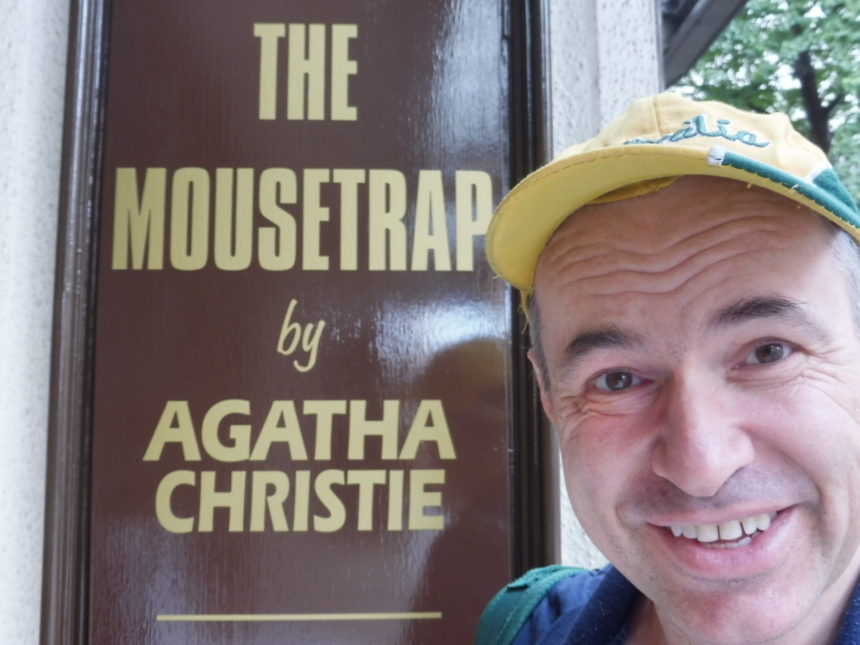 Although I am yet to succumb to The Phantom of the Opera, in September I finally saw a play that’s been running continuously on the West End all my life, plus another sixteen and a half years: performance number 26,500, or is it more?… of Agatha Christie’s The Mousetrap. That performance set a new world record, but so has every one that’s followed. 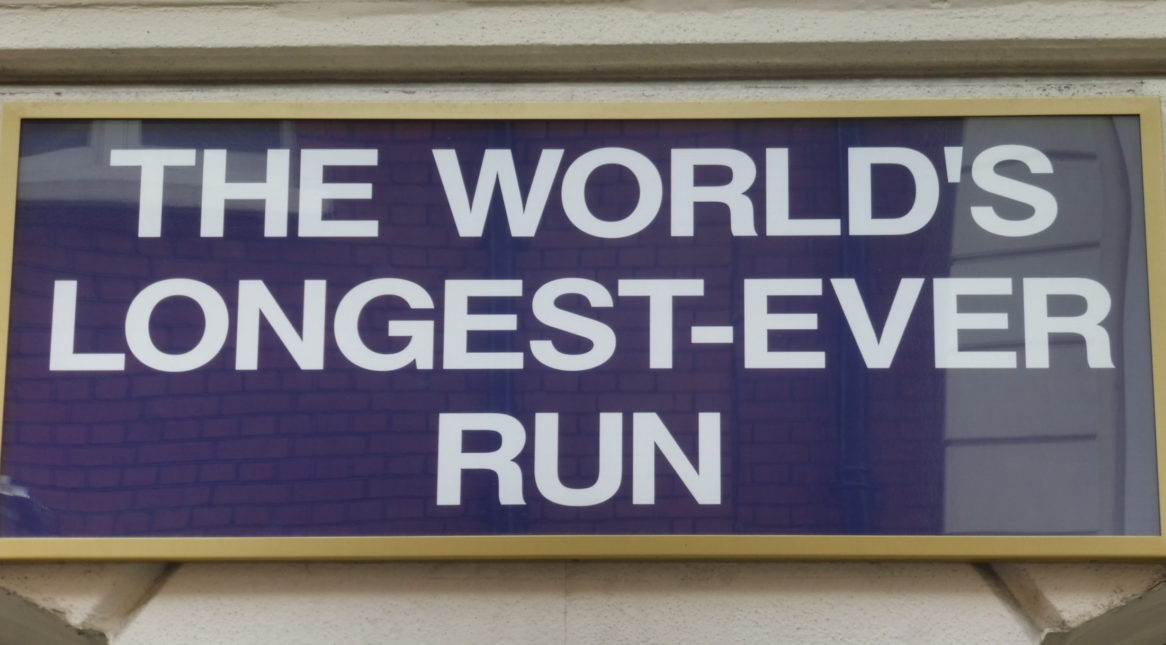 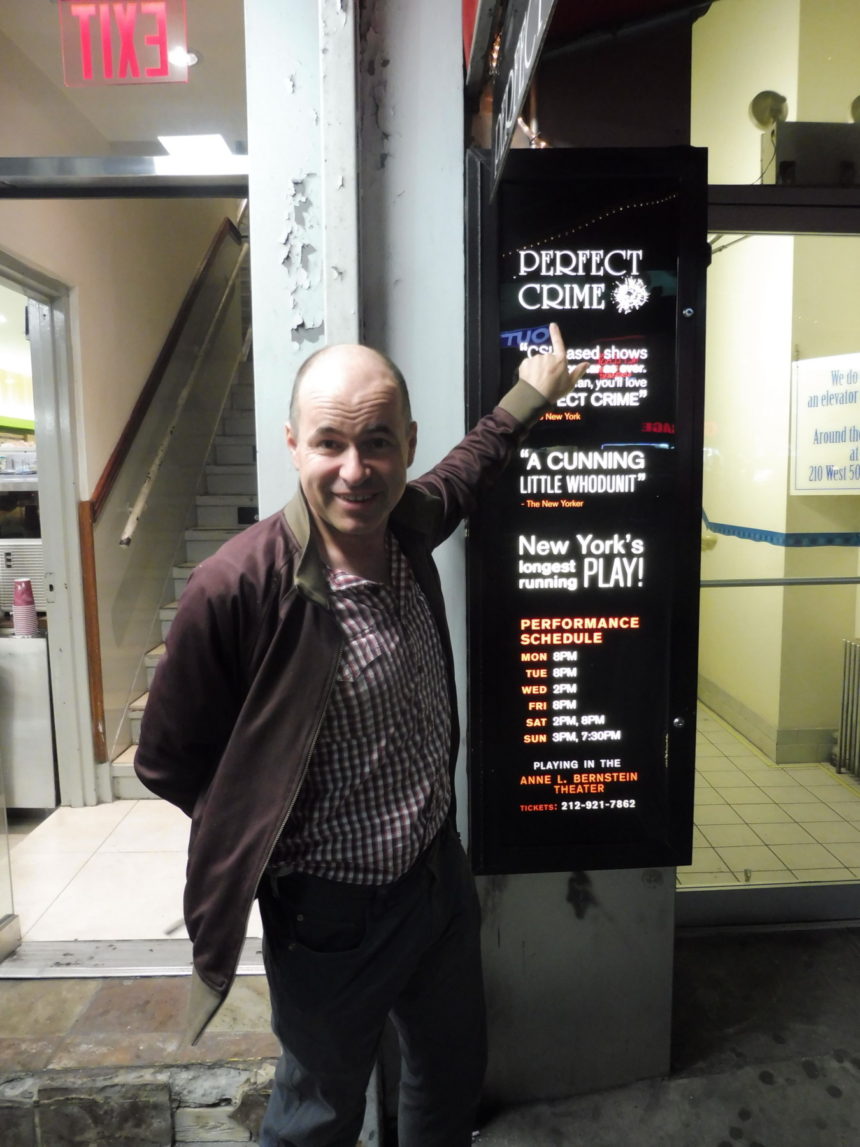 Short-lived, perhaps, compared to The Mousetrap, but in almost every one of those 11,660, it had the same leading lady. 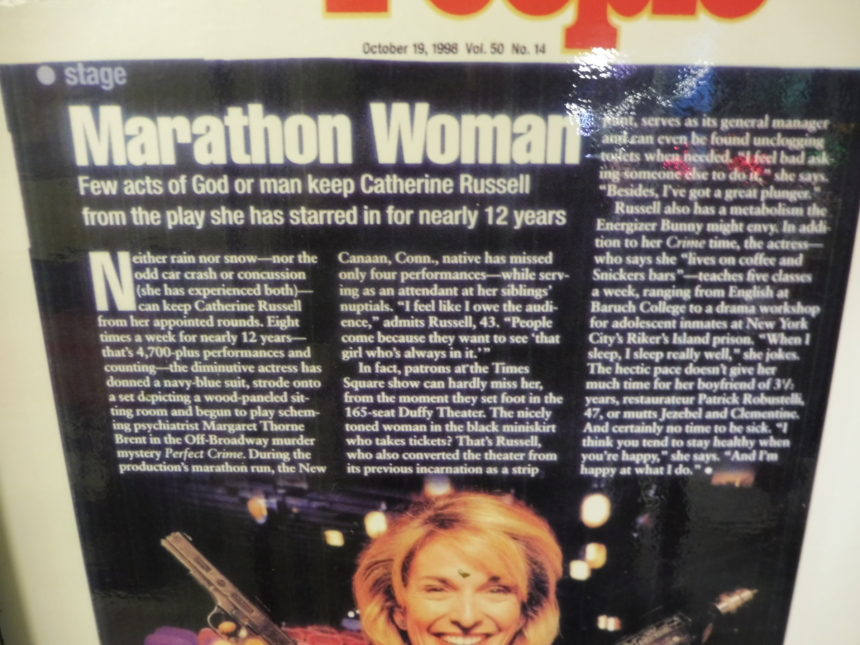 But though I wanted to like Perfect Crime, I didn’t really understand what happened.

I had more fears for The Mousetrap, worrying that a play that opened in 1952 would be dated. In some days it was.

Mrs Boyle was a grumpy clichéd old lady who today would be given a little colour.

Although, it seems, not literally, as she and the rest of the characters were played by white people. 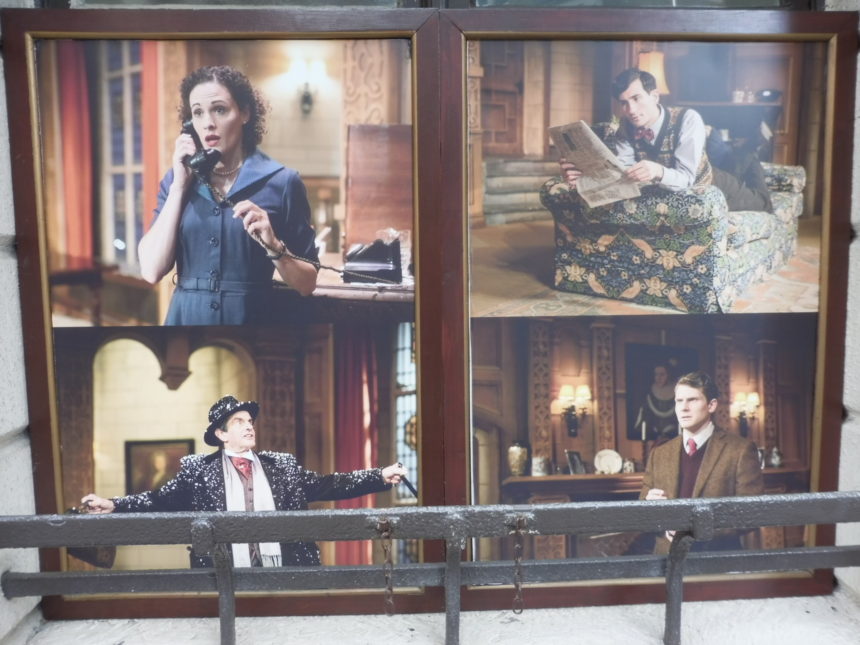 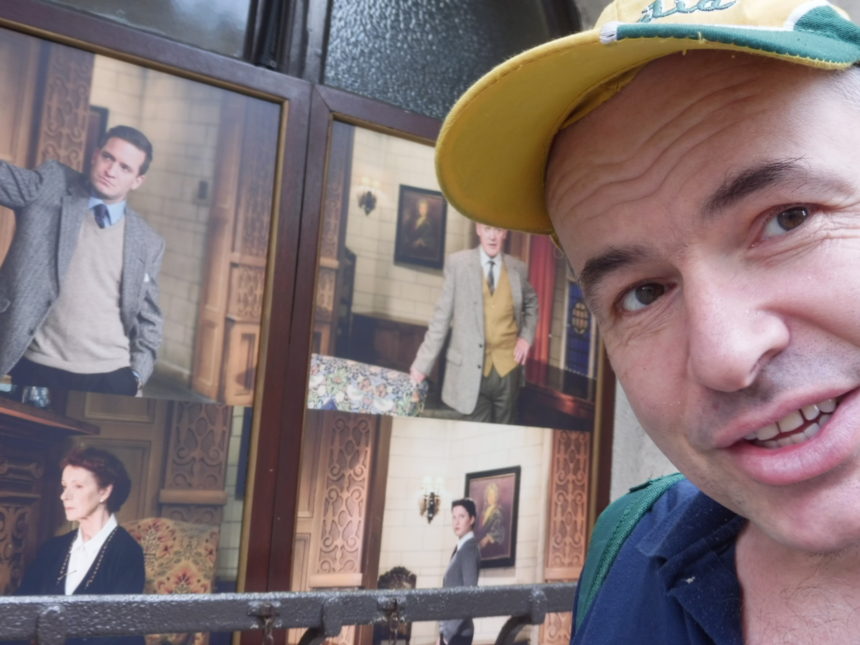 I realise that all the characters were meant to be so, but audiences today will accept people, for instance, of Asian, African or Hispanic origin in Caucasian roles. In Hamilton – the mega-huge-smash Broadway musical where JJ somehow did the impossible last year and got us all tickets – such performers play the founding fathers of the United States.

English audiences have always been prepared to suspend their disbelief in different ways. A boy, for instance, played the original Lady Macbeth. What about panto dames? And leading boys?

I recently saw a TV version of The Sound of Music. It had an African-American Mother Abbess. I could have said, ‘That’s unrealistic,’ but so too was having Austrian nuns speaking to each other in English, with American accents, before bursting into song. When Audra McDonald opened her mouth, I could see (or more to the point, hear) why she was cast. 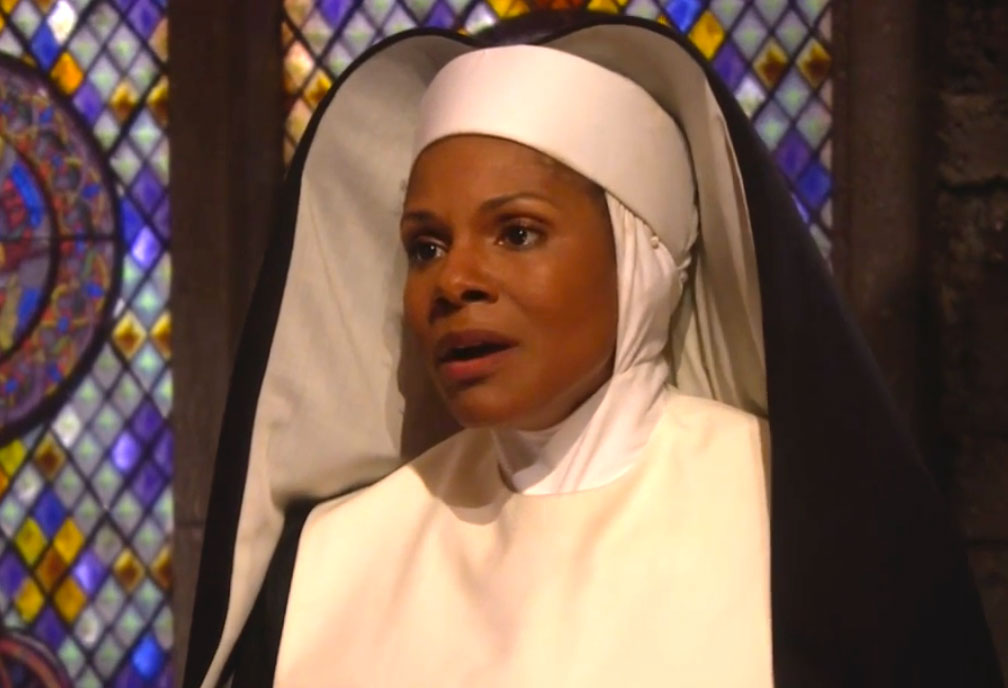 Apart from missing out on some very talented performers, the producers of The Mousetrap, in my view, are also missing out on the chance for a bit of extra publicity. They could at least try it.

Yet The Mousetrap that I saw had some surprisingly modern moments. One of the other characters described Mrs Boyle as a ‘bitch’, apt and unremarkable in 2016, but this would have been shocking in 1952. Only four years earlier, Patricia Morison caused a sensation on Broadway when her opening line of Kiss Me, Kate was, ‘You bastard.’

And I wasn’t expecting that running through the play was a very current and very adult theme: child abuse. 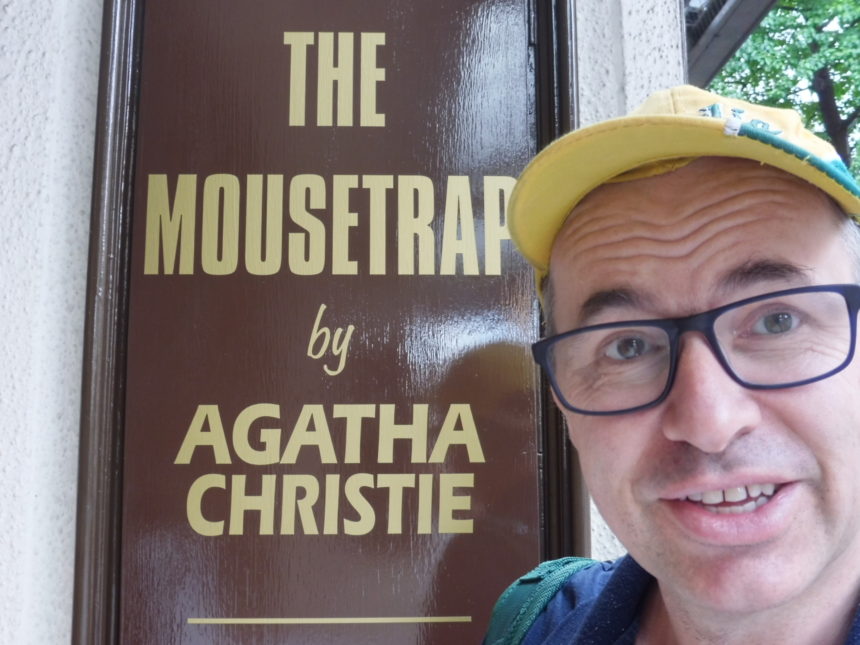 I wanted to know who was the murderer. A few times, I got scared.

The plot relied on some coincidences that a line of dialogue valiantly tried to explain away. Two characters took far too long to recognise each other. But I didn’t think about these things until after I was having a late night Chinese meal afterwards.

I kind of guessed the twist at the end because I remembered something similar in an episode of the 1970s TV show Whodunnit?, but that in turn may have been inspired by The Mousetrap. 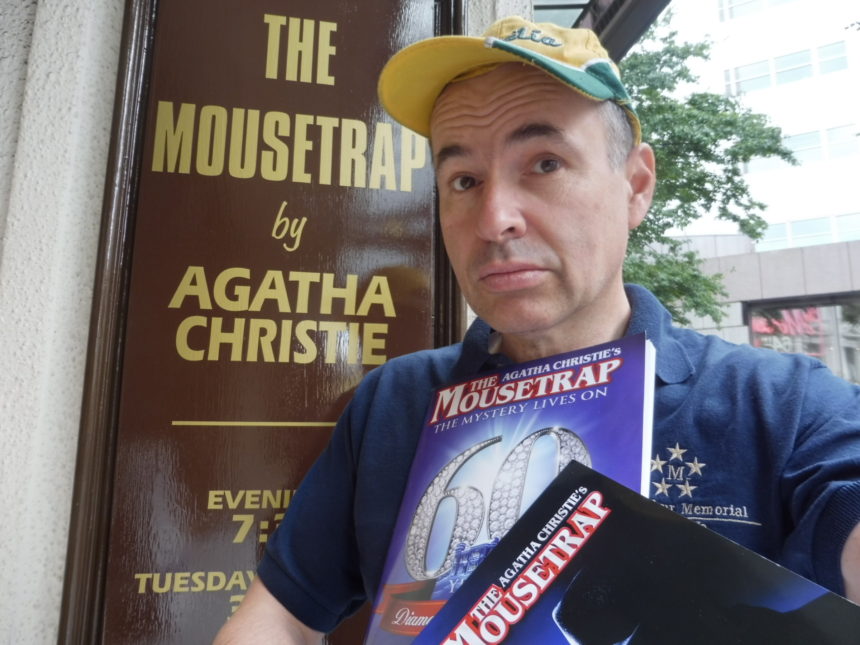 The play didn’t have any stars, and when I looked through the commemorative book to mark its 60th anniversary, I only recognised two names from previous casts (though others may have been more familiar to British audiences). One was Arthur Brough, who later became famous as Mr Grainger in Are You Being Served?

This might show that a West End production doesn’t need stars.

Well, yes and no. 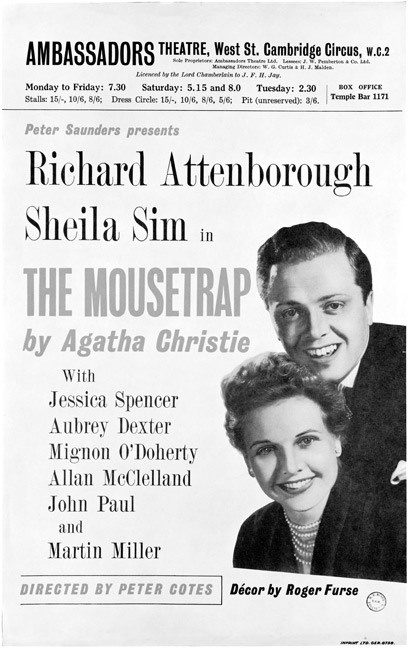 The other person I recognised was Richard Attenborough, who beat Stephen Spielberg at the Oscars for Gandhi, but who Spielberg later used in Jurassic Park. He was in the original cast of The Mousetrap. Without him, the play may never have survived the first six months.

A production that has been around since Winston Churchill was Prime Minister is probably not about to disappear. It wasn’t the first thing I ever did in London (a place I’ve been to six times since 1991), and nor should it have been. But I suggest that eventually you do see it.

To paraphrase Rachel Hunter’s old Pantene commercials (well, not that old when we’re talking about The Mousetrap): It shouldn’t happen overnight, but it should happen.