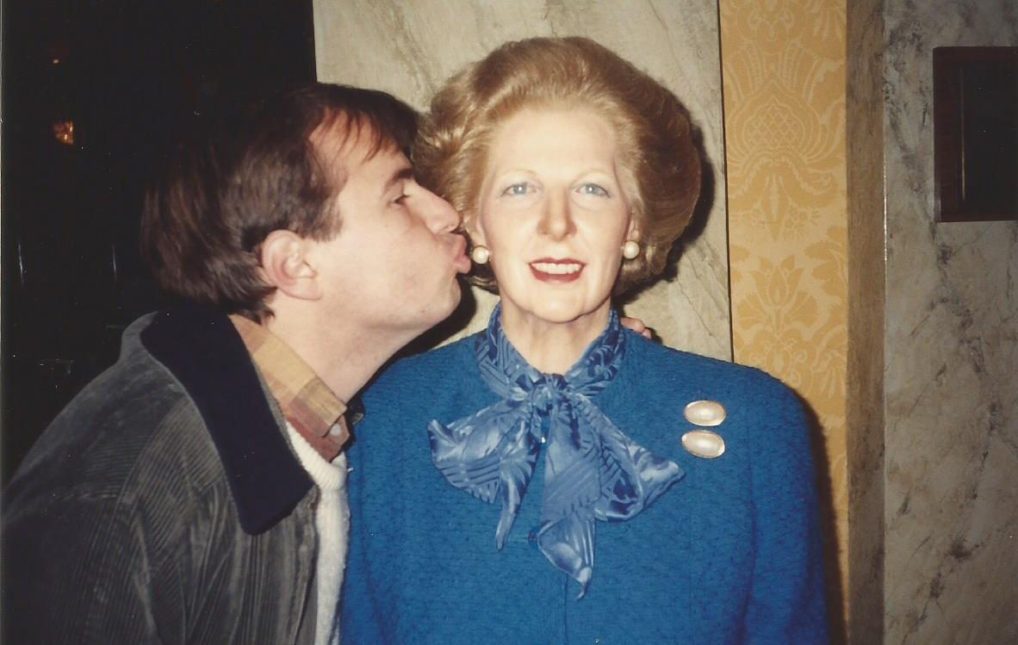 Me with Mrs Thatcher at Madame Tussaud’s, London.

I took my first trip to Europe, including the United Kingdom, from November 1991 – after my final year Law exams – to February 1992 – when I had to start work in a solicitor’s office.

Apart from two weeks in Malaysia, this was my first trip anywhere overseas.

Nowadays, I try to avoid travelling to a place where it’s winter, particularly when it means missing one of Perth’s summers. Even then, I didn’t think it was ideal, but it was the only viable time to do it.

I guess I could have gone to Argentina instead, where it would have been warm, but South America was so not on my radar. I was an Australian with British ancestors. There never was any serious doubt where I’d be heading.

I naturally wanted to visit lots of tourist places I’d heard about. including Madame Tussaud’s. This was about the only place where we had to queue for any more than a few minutes.