Will there be a nude bank robbery at the 2018 Spanish Film Festival?

Last year, they showed 35 movies in Perth at the Spanish Film Festival.

I saw all of them.

There was one overwhelming theme: banks! 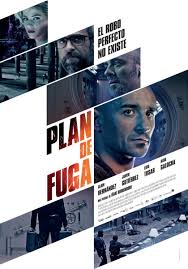 … men robbed a bank, and got away with it: 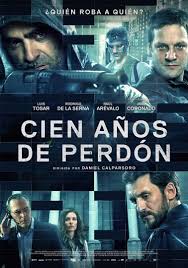 … other men robbed a bank, and got away with it:

… a disgruntled father set fire to an ATM, and didn’t get caught. It started with police in riot gear, on behalf of a bank, evicting a young couple and their little girl from their apartment. We were told that there were 500,000 bank evictions in Spain between 2008 and 2015.

In yet another movie … 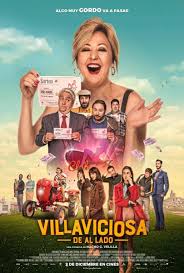 …. a woman became a prostitute to pay her mother’s mortgage.

And then in … well, you get the idea.

I’m curious whether the trend will be repeated at the 2018 Spanish Film Festival. It opens with The Tribe, starring Paco León (centre, below).

This is the second year in a row that Sr León has featured in the first movie of the festival, and indeed on the front cover of the programme. He was in 2017’s Kiki, Love to Love. 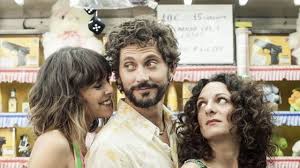 This was the man who posted a nude photo of himself when he got his millionth Twitter follower. I’m curious to see what he’ll do in The Tribe. A nude bank robbery, perhaps? The trailer didn’t suggest as much, but who can say?

The Spanish Film Festival starts in Perth on 27 April 2018 and runs until 17 May. It’s also on (at various times) in all other Australian state capital cities and Canberra.