My friend Garry and I saw five movies yesterday… 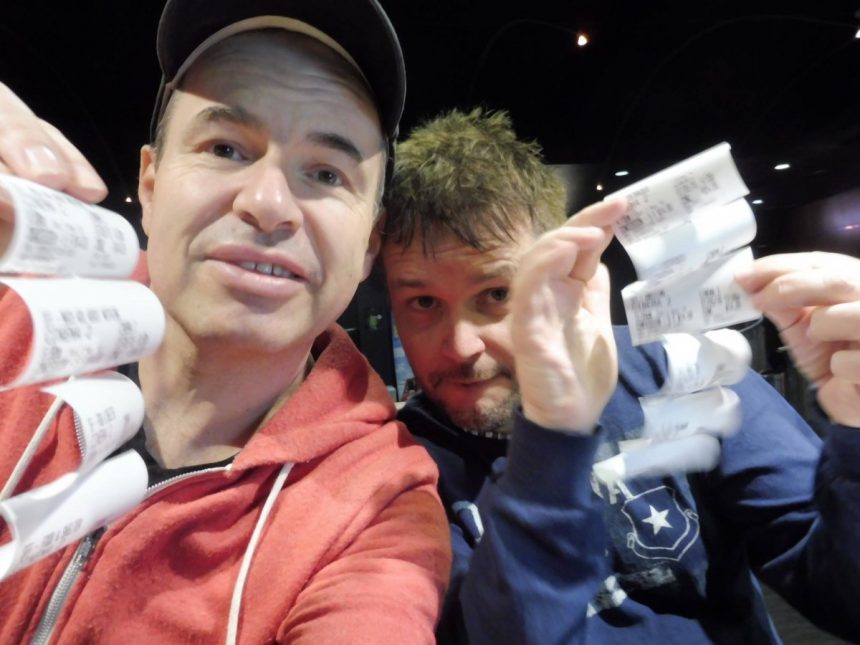 We were at Cinema Paradiso as part of the Spanish Film Festival.

Was that a record for you?

It equalled my previous best, that I achieved twice at last year’s festival, but Garry has now joined the cult.

Didn’t you get hungry?

No. There was time to pop out between movies, though we missed some ads and trailers.

Was there an overriding theme?

Surprisingly yes. On the day before Mother’s Day, every movie dealt with a different aspect of parenthood.

Awaiting was about a Catalan couple attempt to buy, I mean adopt, a child in Lithuania.

In We Are Pregnant, a Spanish couple tried IVF to have a baby.

Sidetracked centred on a Madrid writer who was having difficulty fathering a second child naturally.

The Chilean movie Much Ado About Nothing had a powerful (unseen) parent arrange for someone else to take the rap for his son’s criminal activity.

In Food and Shelter, a young single mother in Andalusia didn’t have the money to provide food and shelter for herself and her son.

Did the constant theme of parenthood make you wish you had children?

Did all the movies have happy endings?

Only two of the movies had what I would call conventional happy endings.

The end to We Are Pregnant was also happy, but hardly conventional. The couple, who had split up, got back together, with the woman finally pregnant … carrying someone else’s baby. It would have been happier if I’d ended up with the father, played by the delightful (and openly bi) Paco León.

Were the titles to the movies any different in Spanish?

Sidetracked was called Las ovejas no pierden el tren, which means ‘Sheep Don’t Miss the Train’, which I think was more in keeping with the fun, relaxing tone of the film.

Will you attempt six in one day?

Yes, if a cinema can arrange it!