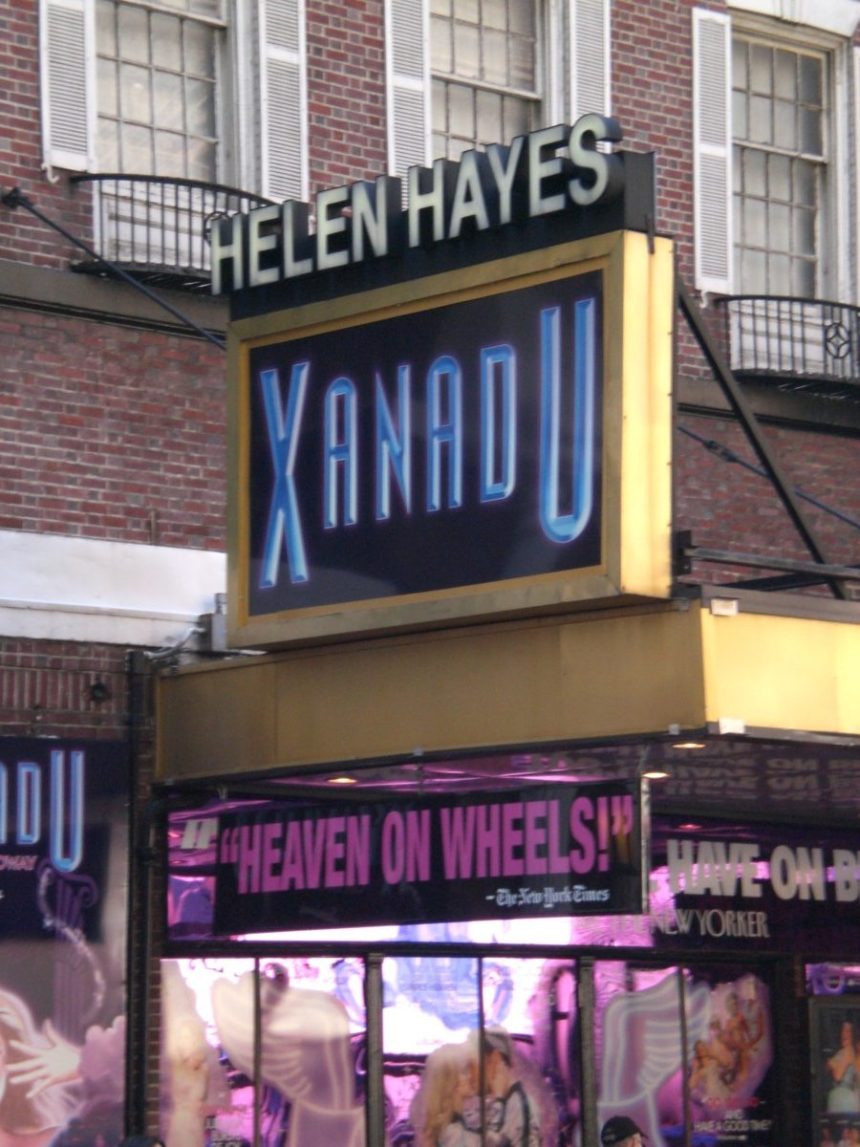 When I visited New York City in 2007, I didn’t see the stage musical version of Xanadu, but I caught it five years later when the students at WAAPA (the Western Australian Academy of Performing Arts) put it on.

Xanadu is an example of the public getting it right … repeatedly. The original movie did not do well at the box office, probably because it had a silly storyline, but the catchy title track got to Number 1 in the UK and Number 2 in Australia. The Broadway musical, which sent up the movie in a gentle, fun way, had over 500 performances.