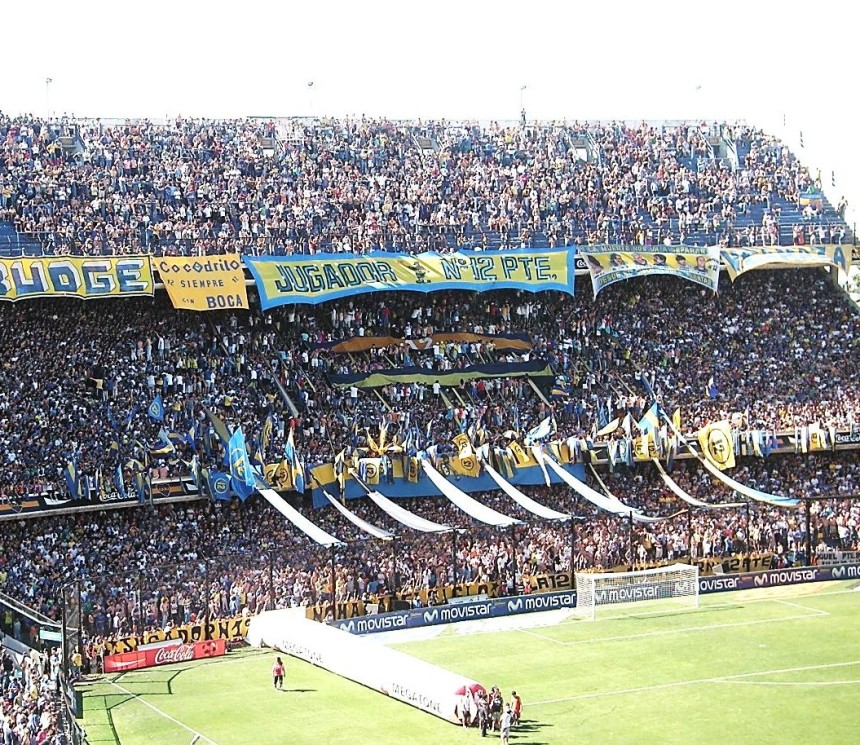 I like soccer about as much as the average Argentine likes Margaret Thatcher. 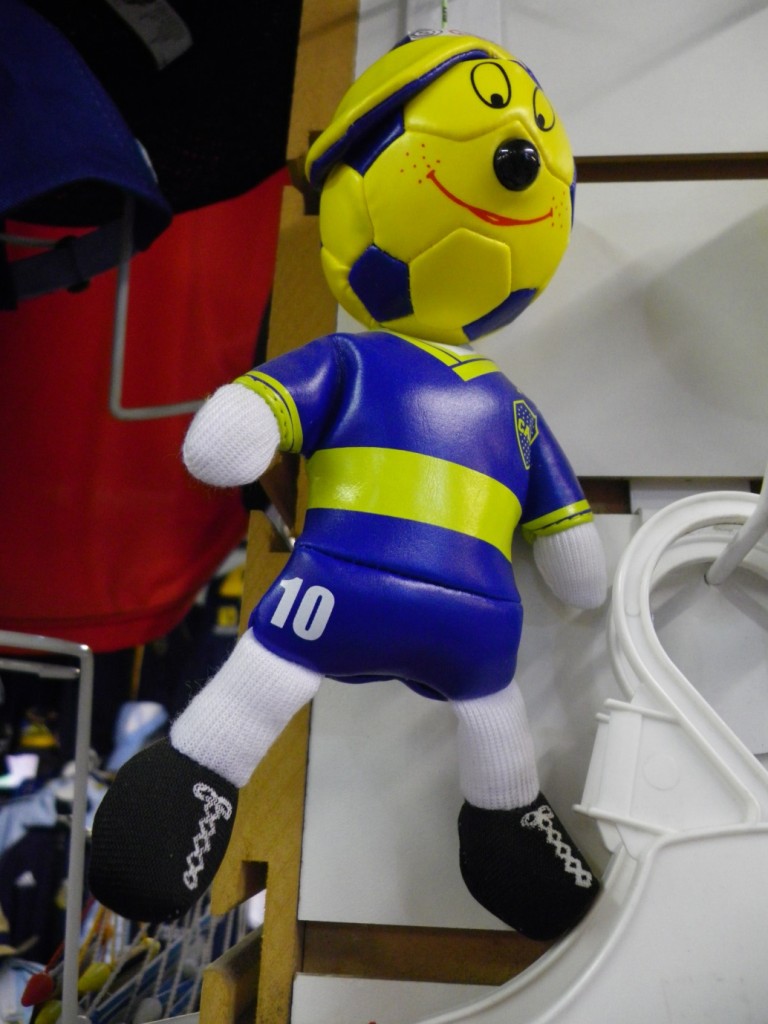 In 2005, two of the guys I met in Patagonia – Jake and Andrew – asked me to a match in Buenos Aires at the Bombonera Stadium. Boca Juniors was playing Vélez Sársfield. Jake and Andrew were fun to hang out with at the Perito Moreno Glacier and Lago Onelli, and I thought it could be an experience.

We each paid 120 pesos: 60 for the entry ticket and 60 to the company that gave us safe passage in and out. It would only have been a 25-minute stroll south from my San Telmo B & B to the stadium (or 30 minutes if I’d allowed time for getting mugged). Instead, I walked 40 minutes north-west to catch the mini-bus.

Our guide – who I presume had done this before – had difficulty finding our seats. When I later looked at a plan of the stadium, I realised he was probably not the only one with this problem.

The order of the outer seating blocks was:

Block L was in front.

The blocks at either end didn’t have letters, but there was a transparent wall between the spectators and the pitch. 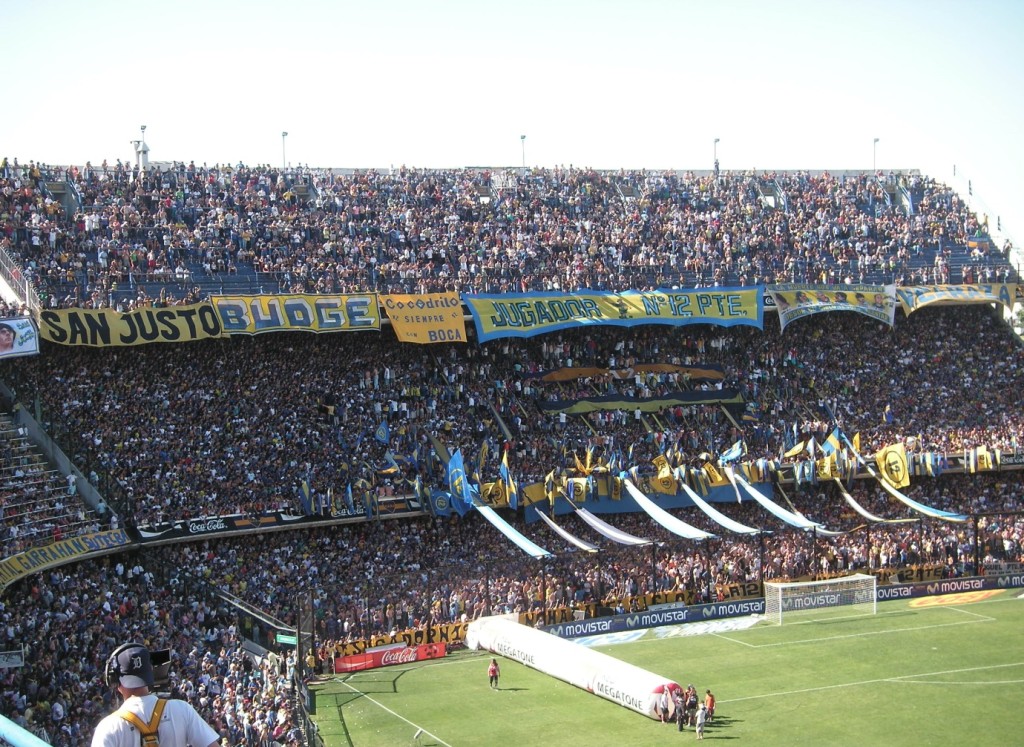 If this was designed to stop fans throwing bottles onto the ground, it was not a complete success. If anything, it may have given them a challenge.

Diego Maradona announced his presence as a spectator by his flag appearing.

It was a moving experience. So many people were jumping up and down that we felt the stadium move up and down with them.

Although it was nil-all at half time, Boca Juniors ended up winning, as it seems they usually did. After the match, we were locked in, to give the Vélez Sársfield supporters time to leave.

Four years later, an American from my B & B and I tried walking directly to La Boca. Getting there was OK, but on the way back, we ended up on a sparse, deserted road with high fences and weeds. No-one mugged us, but there was a reason for that 60 peso bus fare.