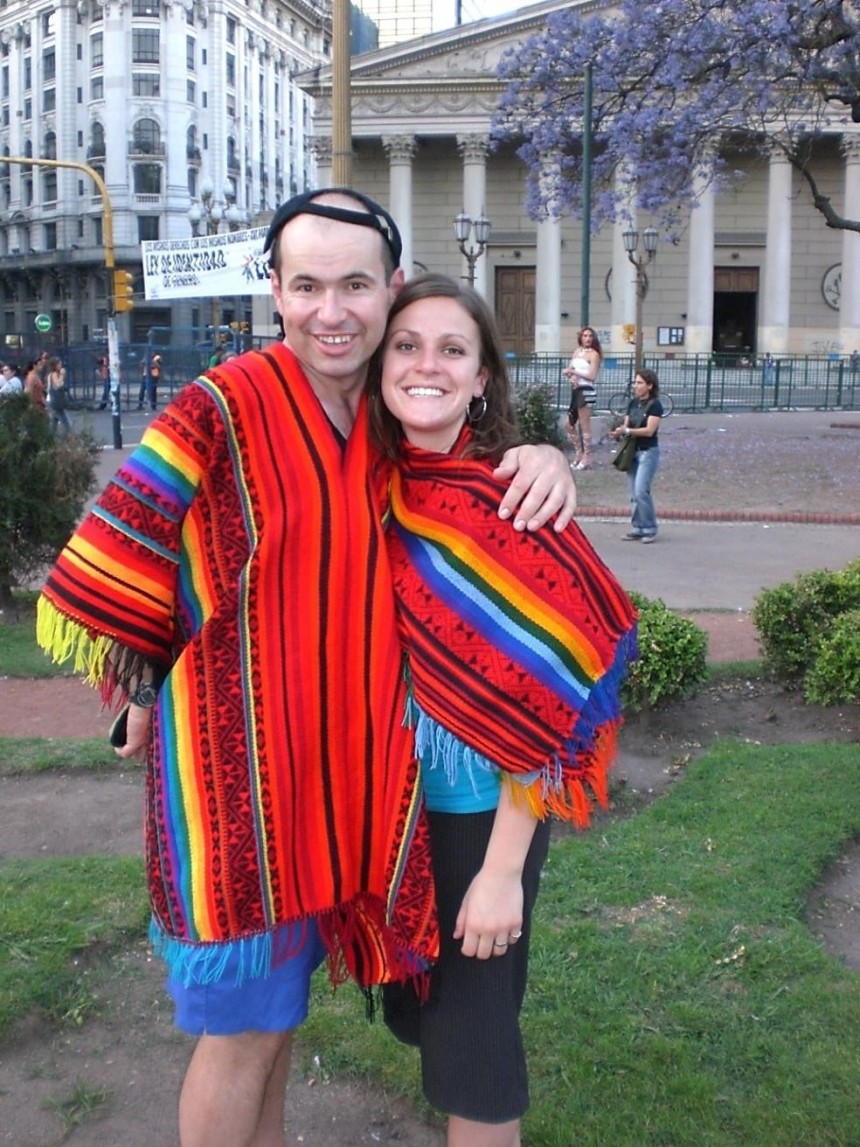 The Cathedral – where the future Pope Francis was Archbishop – is behind us. When I was at the same event in 2005, a smoke bomb went off during a conflict between Catholic and anti-Catholic protesters. Look carefully to see barriers and guards between us and the building.

I bought the ponchos in Peru. They were based on the city of Cusco’s flag, which happened to have a rainbow design. Unfortunately, they were too thick and heavy for such a balmy evening. Lisa didn’t keep hers on for long. I could have chosen not to wear anything underneath, but it was itchy – and short enough to risk a Basic Instinct moment.

Regular readers will know that four years later, I kind of stumbled into another incident in Plaza de Mayo, this time involving a burning Christmas tree … if you’re new to my blog, then (a) welcome and (b) please click here.

Lisa is from San Diego. We met in Buenos Aires at the Via Hispana Language School.

Neither of us were the most diligent of students (we’d swap stories about how much sleep we hadn’t had), but Lisa now teaches six-year-olds, entirely in Spanish, at a school in San Francisco.