Which Martin Luther King is it? 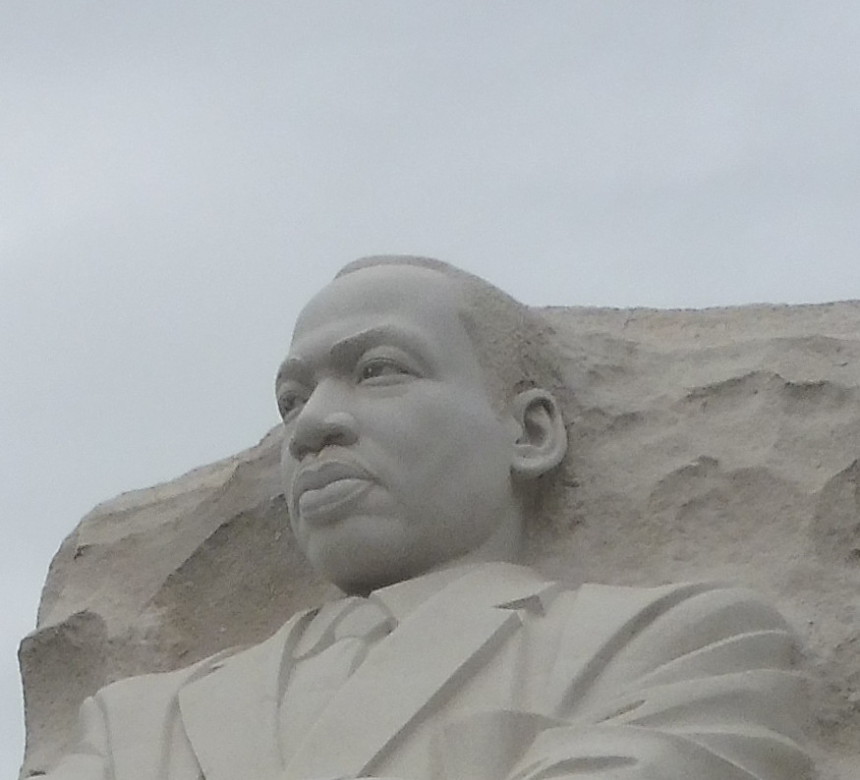 I was initially confused when I walked past this building in Harlem, New York City: 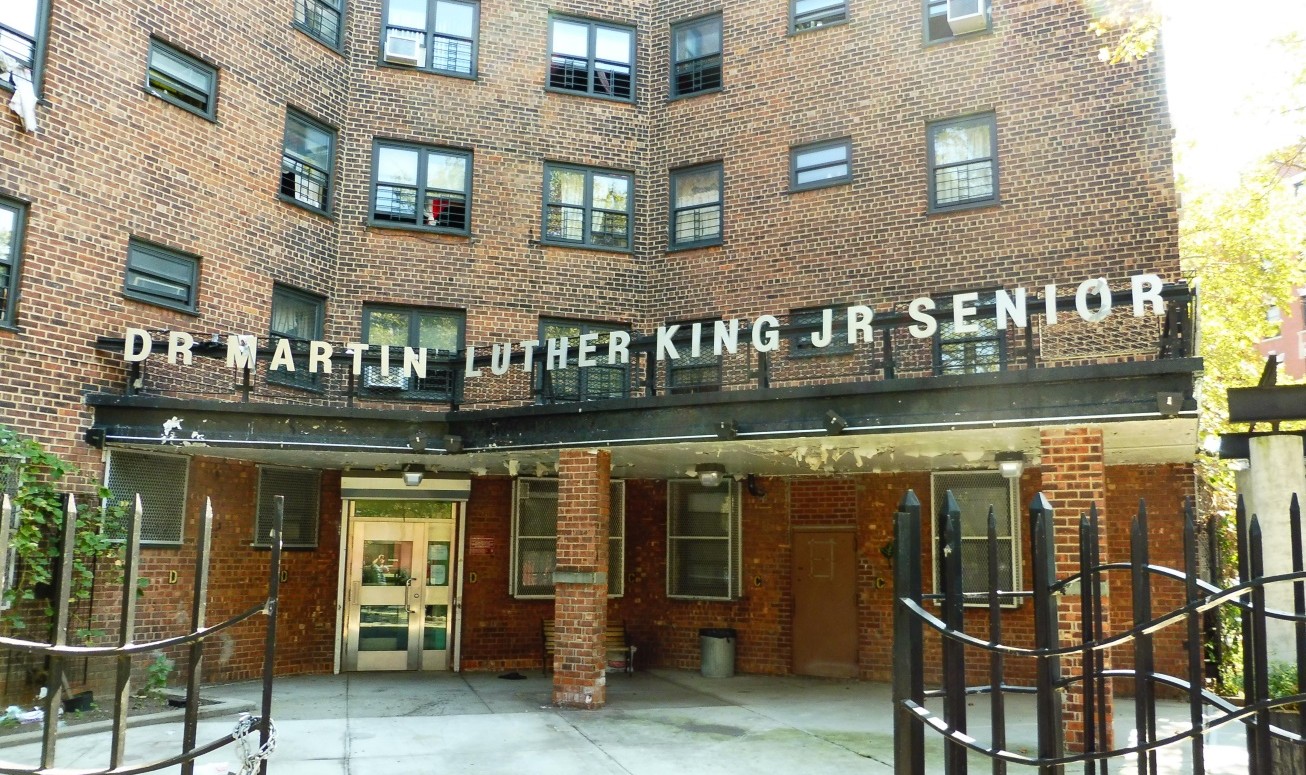 But then I read the rest of the sign, wrapped around the side: 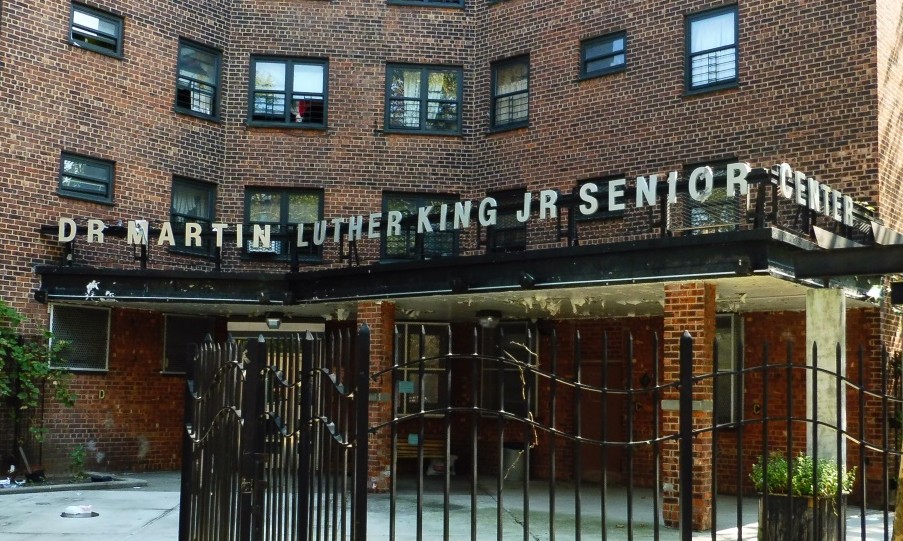 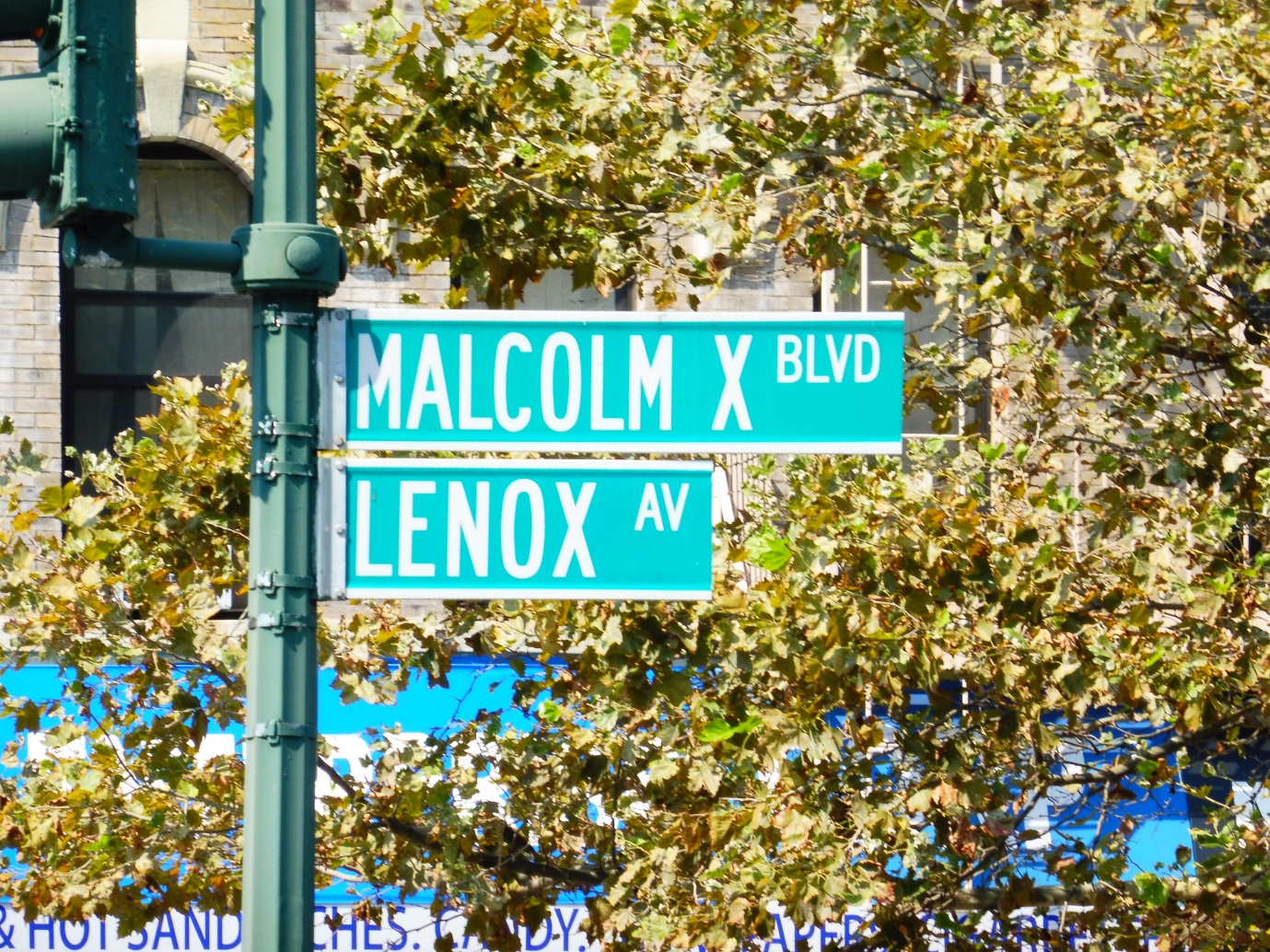 I’m not sure that the Rev Dr King would have liked his building to be on a street named after the man who called him ‘Rev Dr Chicken-wing’, although the one brief  time they actually met seems to have been polite and amicable.