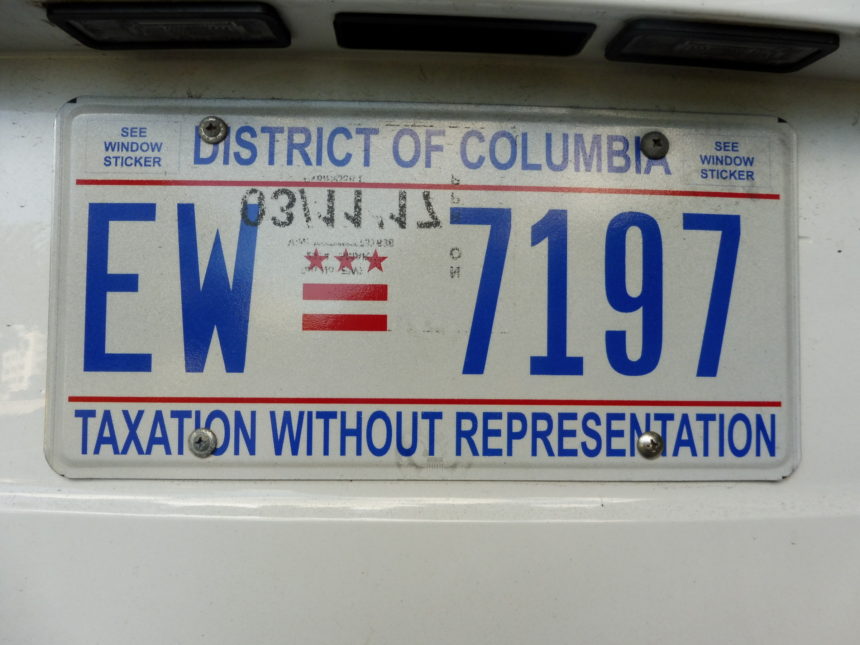 ‘No taxation without representation’ was one of the complaints that American colonists had against the British government in the eighteenth century. They had to pay taxes, but weren’t allowed to elect representatives to the Parliament in London. This slogan has got better with age. At the time, it was a privileged white man’s fight, as only a relatively small percentage of men – and no women at all – could vote in Britain.

So why the number plate? Wasn’t the American Revolution fought and won? Can’t practically all adults vote these days? Not quite. If you live in the District of Columbia (the ‘DC ‘of Washington DC), you can vote for President, but you can’t elect anyone to Congress. My friends Caroline, Spencer and Rebecca can, because they live just on the other side of the DC border in Maryland.