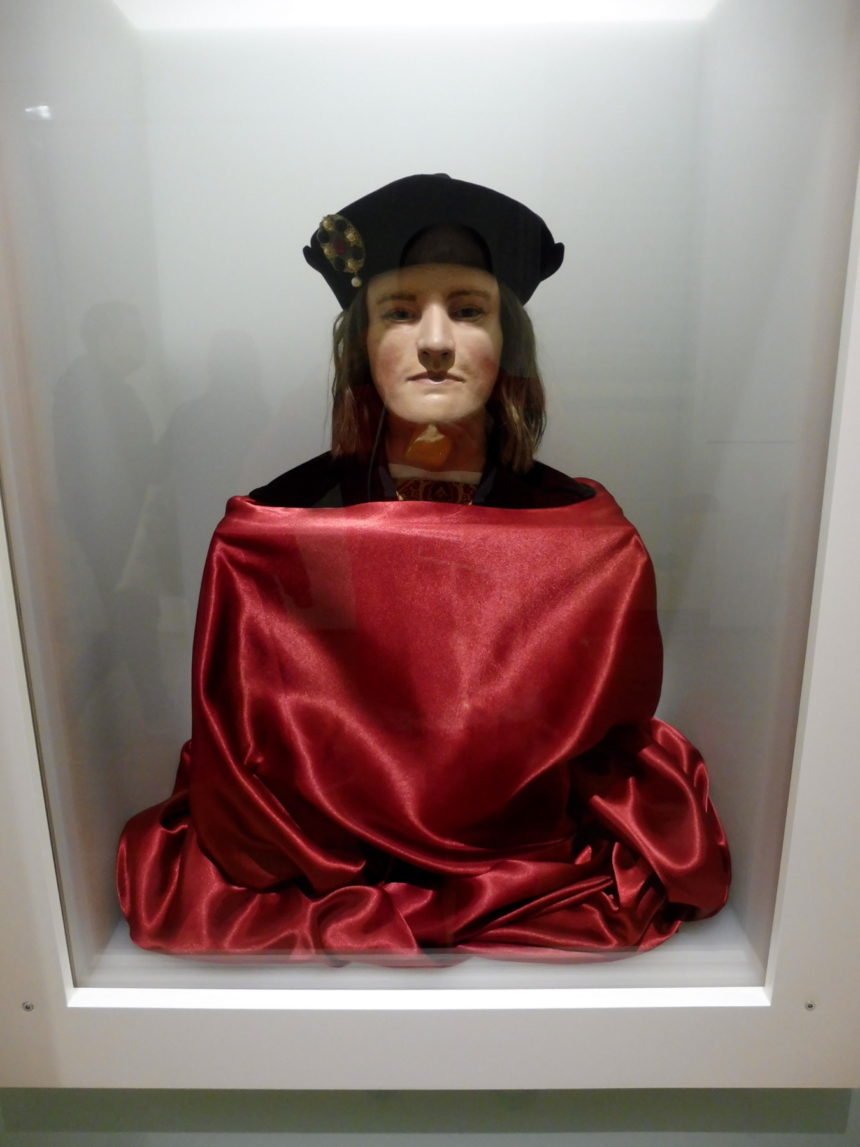 As I was in Leicester for the wedding of my friends Sam and Susie, I went to the Richard III Visitor Centre, then to the Cathedral opposite … 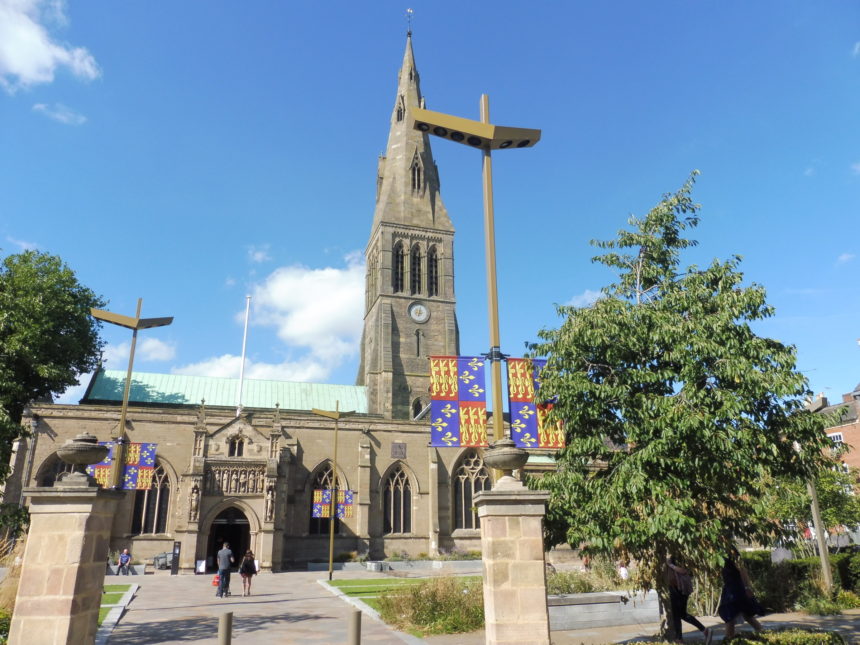 … where the king’s remains were recently re-interred. 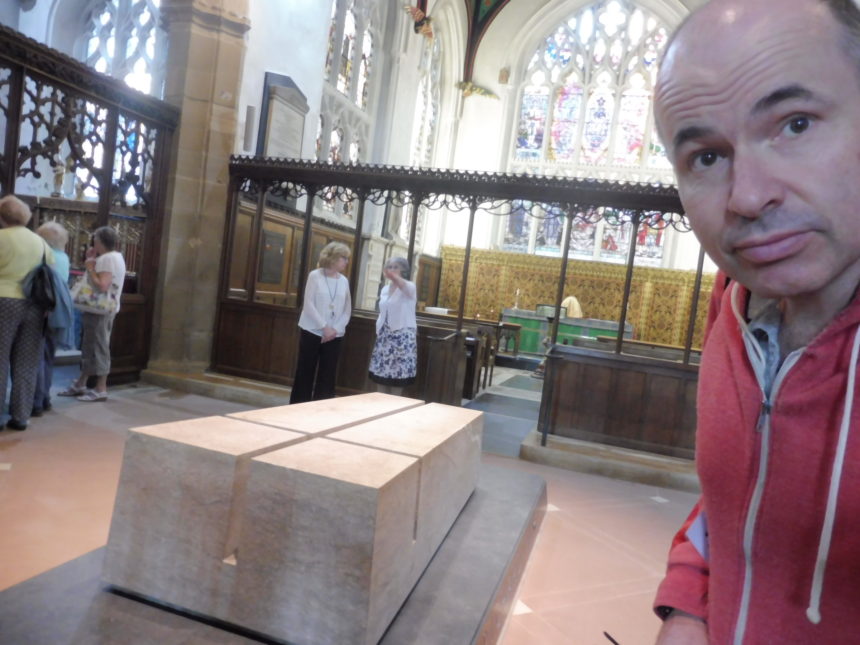 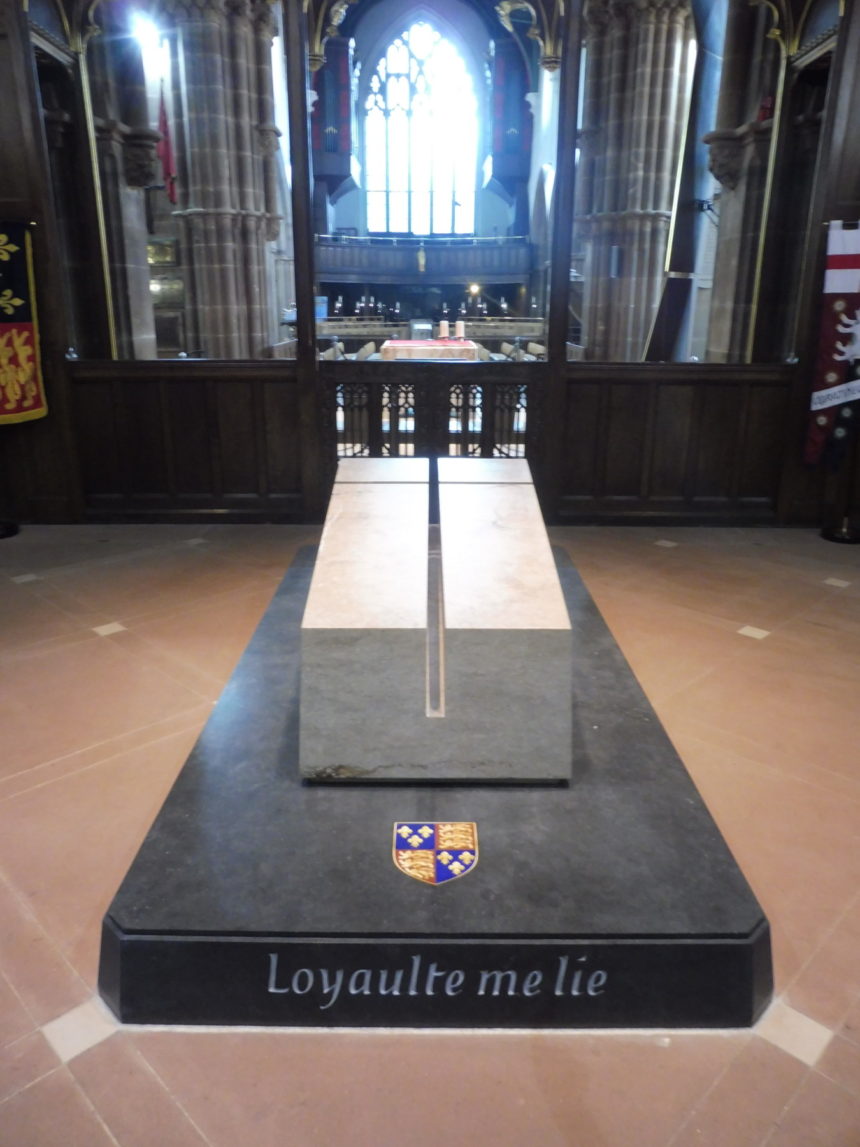 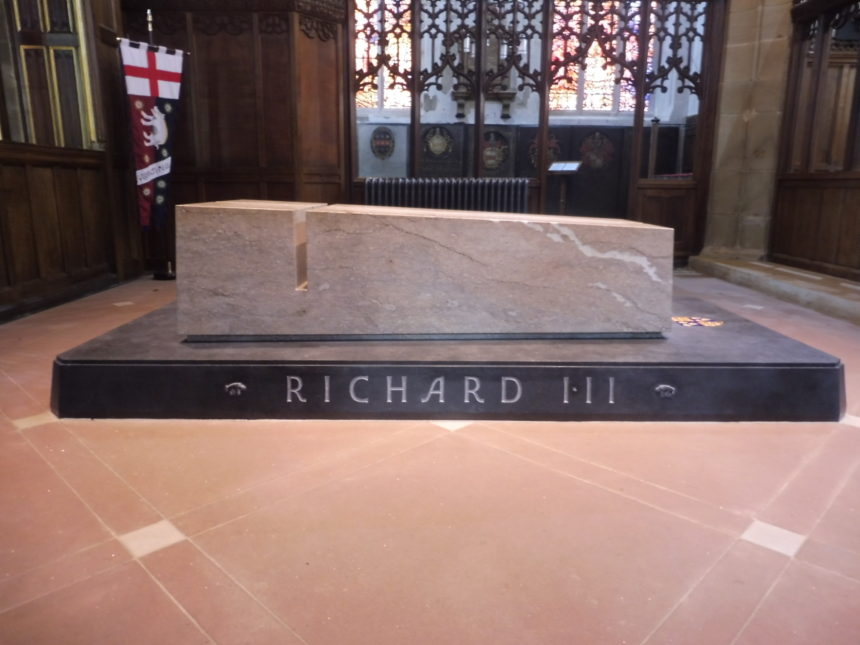 Richard wasn’t the only king in that time who had trouble holding onto his throne. His brother lost his in 1470, but regained it the following year. One side effect was what this sign in the Cathedral said: 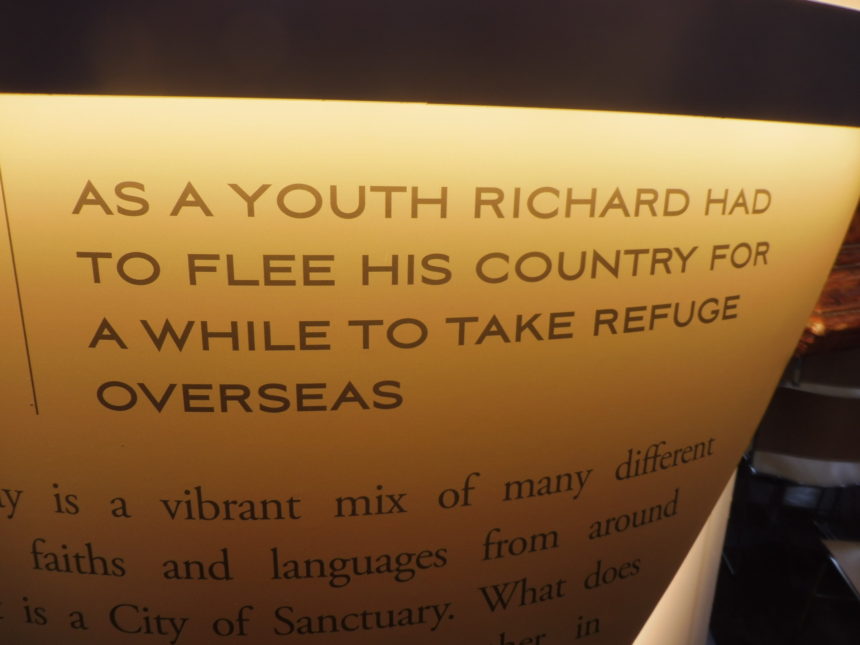 If I were putting together a thesis on why countries should accept refugees, I’d avoid discussing Richard III. Giving sanctuary to a man so he can eventually go home and probably murder children is not exactly a strong selling point. 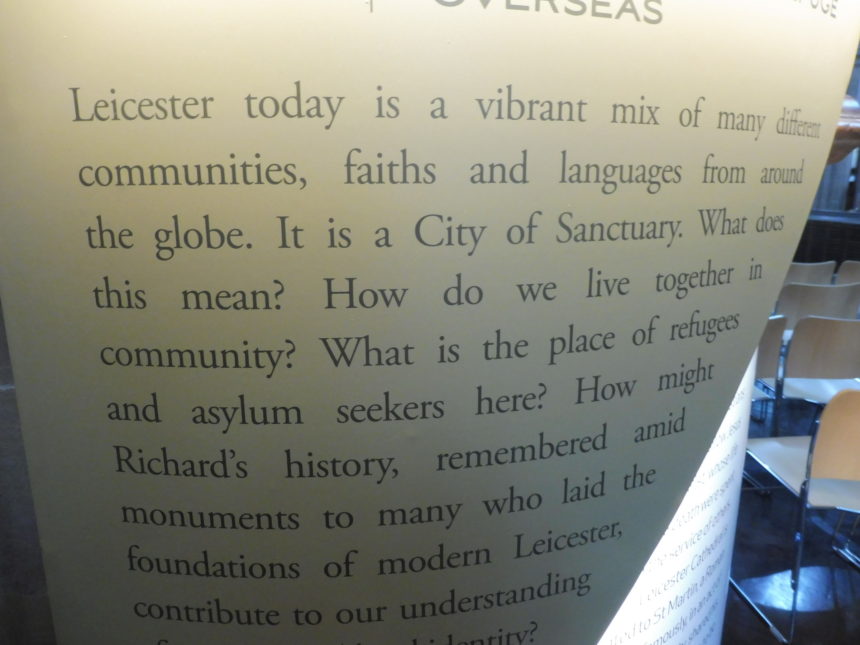