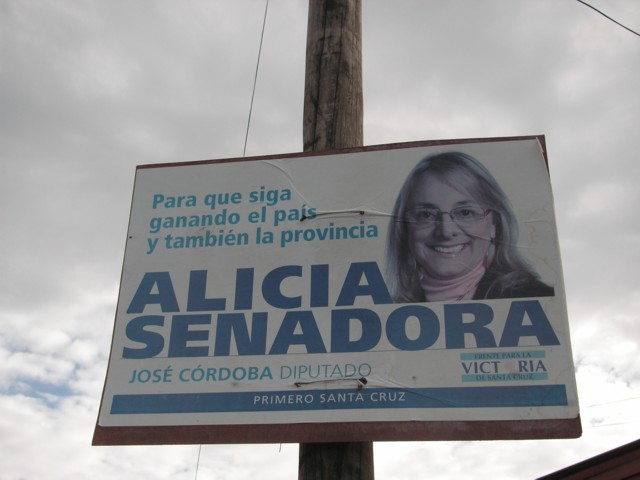 One way I learned Spanish was reading Argentina’s constitution. 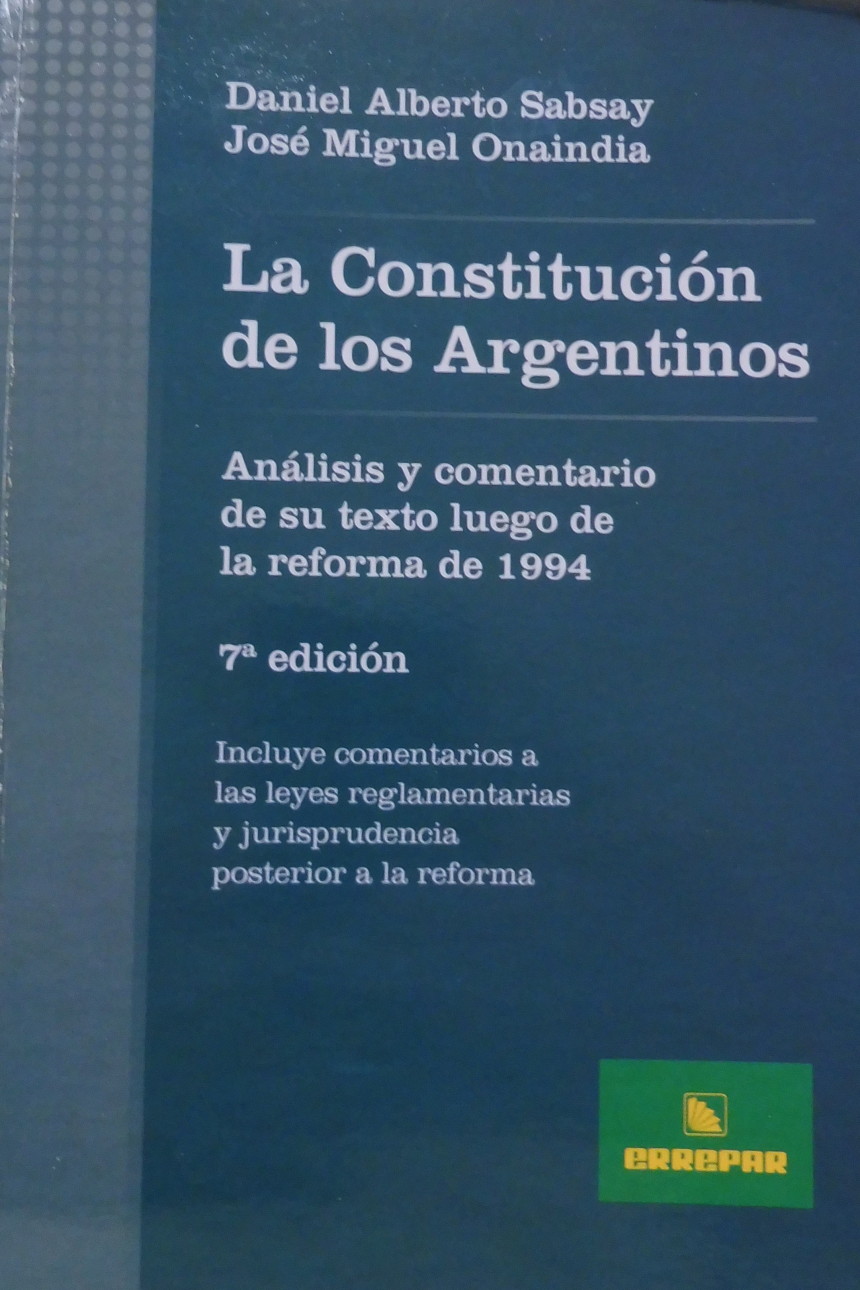 The Argentine Nation admits neither blood nor birth prerogatives: there are neither personal privileges nor titles of nobility. All its inhabitants are equal before the law, and admissible to employment without any other requirement than their ability.

I also looked at signs.

On my first trip to Argentina (in 2003), Nestor Kirchner, the governor of the province of Santa Cruz, was running for president. 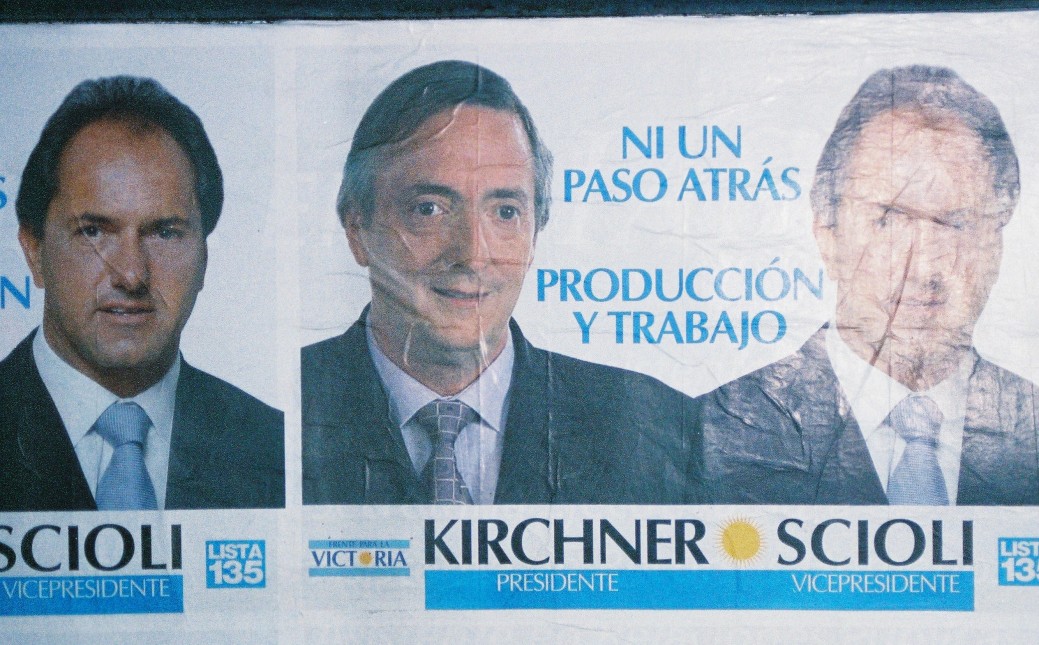 On my second trip (2005), when I went to El Calafate, I saw that his sister Alicia was running to be a national senator.

She was voted in. The following year, she become her brother’s Minister of Social Development in the national government, drawing on her experience as a minister when Nestor was governor of Santa Cruz.

On that second trip to Argentina, I spent some time at the Via Hispana language school. On the way to class, I’d pass this: 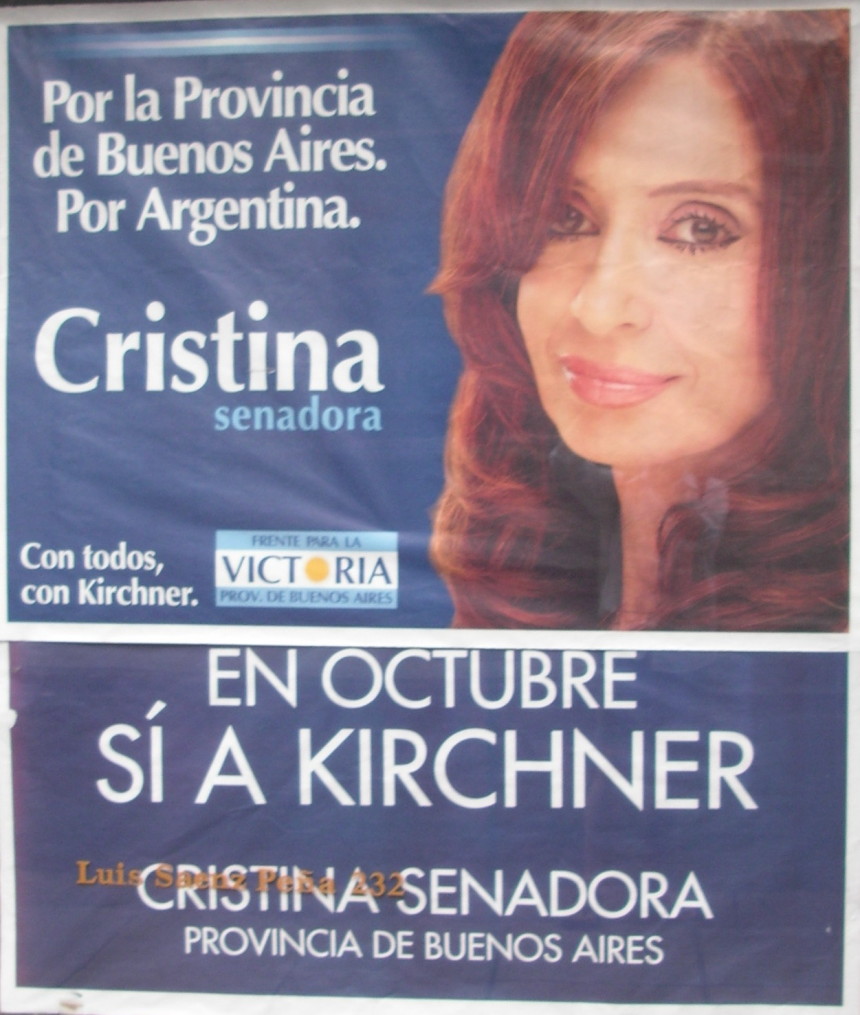 Nestor’s wife Cristina was also running to be a national senator, against Hilda ‘Chiche’ Dualde – the wife of an ex-President. Both were elected.

I told my Argentine friend Paula: ‘I think that Cristina wants to be President.’

‘Oh no Miguelito,’ she replied, berating my lack of knowledge of Argentine politics.

Two years later, I returned to Argentina and this:

Nestor declined to stand again for President, but Cristina was running instead. 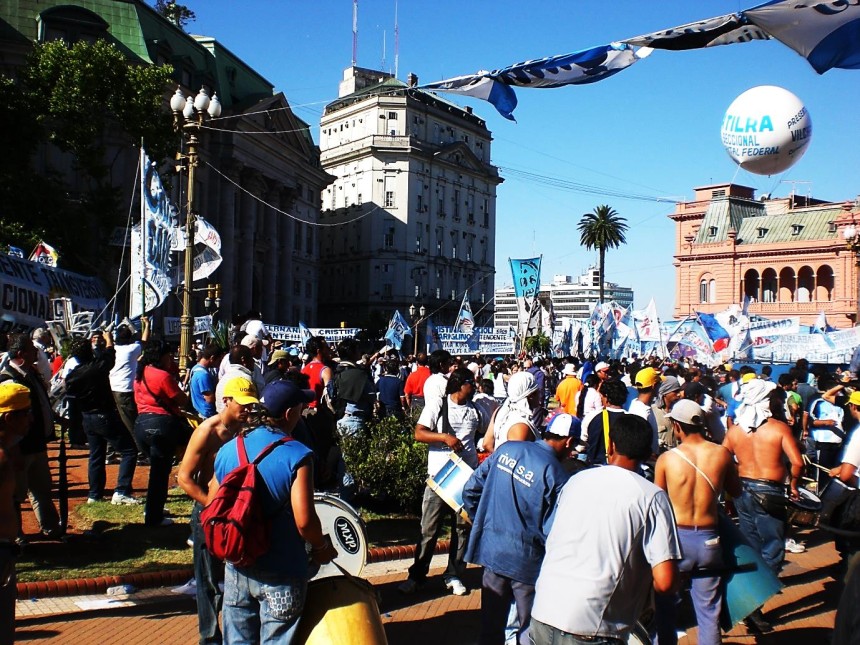 Nestor and Cristina may have had a plan to take it in turns to be president.

That plan was looking shaky during my fourth trip to Argentina (2009), when the Kirchners’ popularity was at a low ebb.

In September 2010, I read claims in The Australian newspaper that Nestor was a ‘parallel president’ who ‘takes all the important decisions for Cristina and flies into a fury if she disobeys him’.

The plan hit a further problem in October 2010, when Nestor died.

Cynics, though, could argue that this turned Cristina from the wife of a politician facing allegations of corruption to the widow of a saint. She was re-elected president in 2011 with 54% of the vote. The runner-up got 17%. In third place was the son of another ex-president. 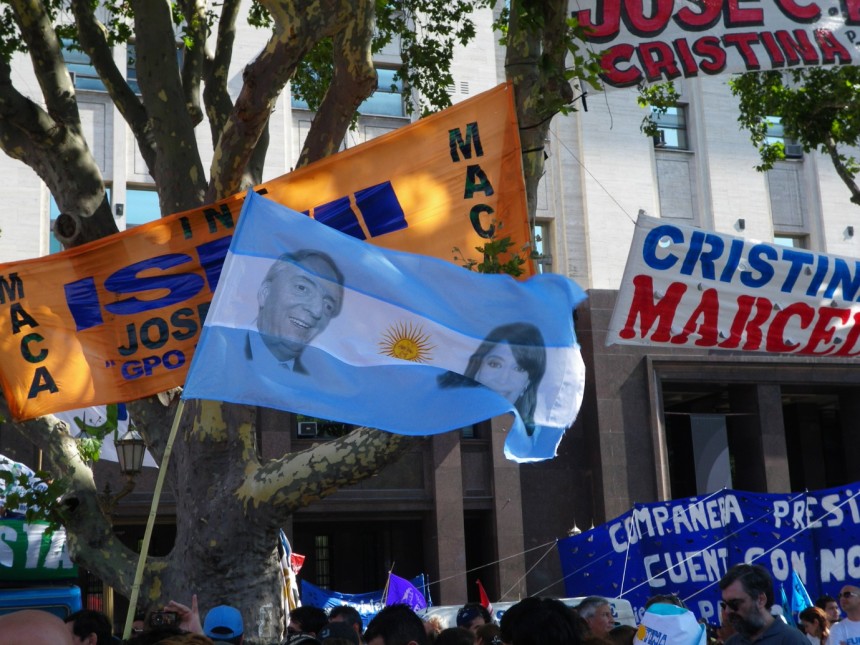 … and also a few weeks later for a photo exhibition of the Kirchners. 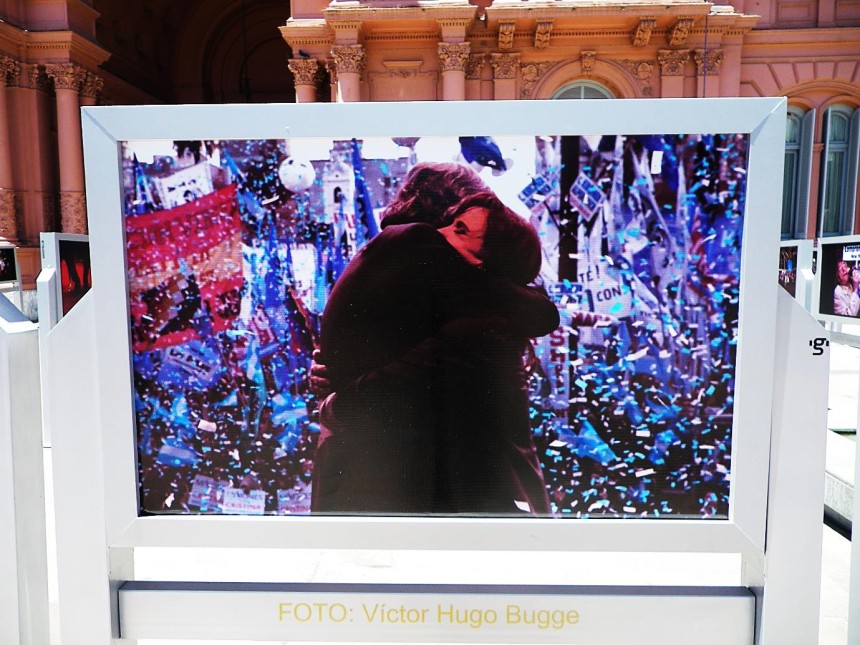 During my sixth trip (in 2013), there was talk of amending the constitution to allow Cristina to run for a third consecutive term.

It didn’t happen. Cristina finished as president at the end of 2015.

And what of her sister-in-law Alicia? She’s now the governor of Santa Cruz.