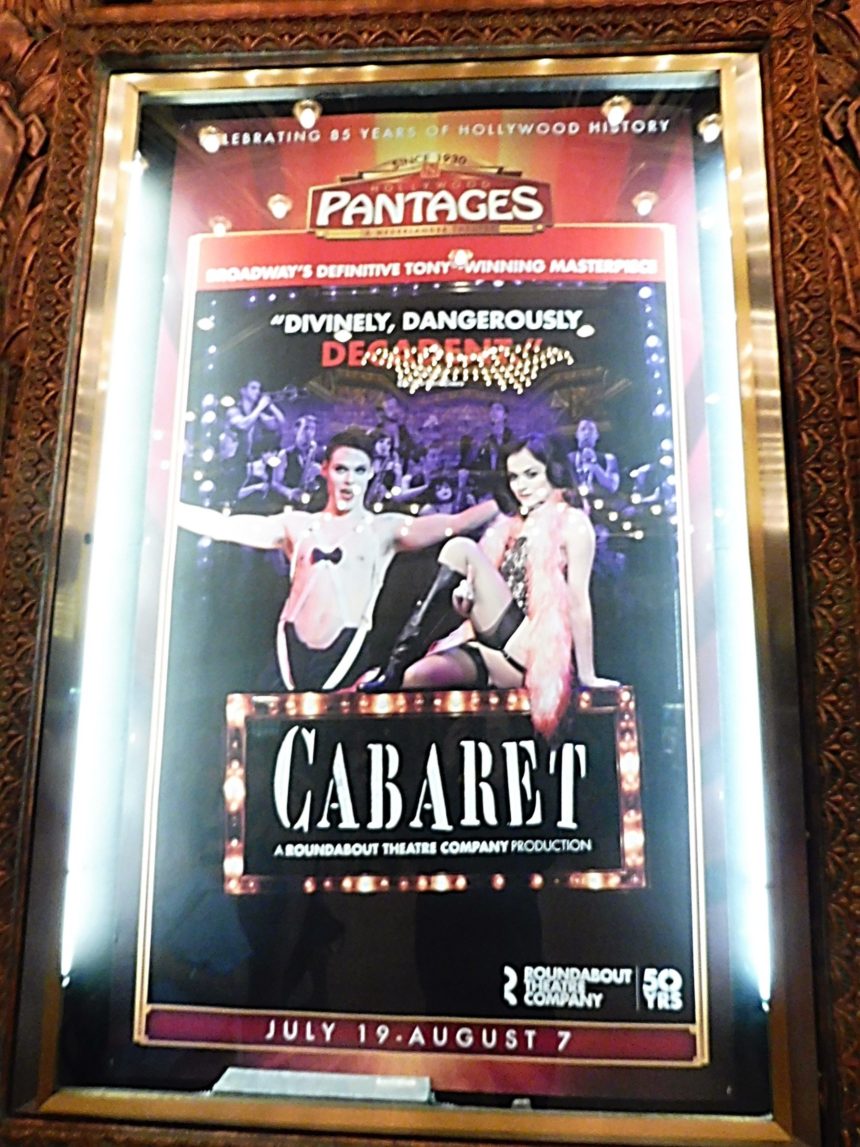 Sometimes when I get bored while watching a movie, I start listing, in my head, lists of Best Picture, Actor and Actress Oscar winners from 1950 to 1990. Yet I was never in a rush to visit Hollywood. I finally made it there at the end of last month because I was going to the States, and my friend JJ was going to be in town to see A Chorus Line at the Hollywood Bowl.

In my short stay, I did the usual things: walk down Hollywood Boulevard, look at the stars on the pavement, kiss Julie Andrews’ star, then her handprint outside Grauman’s Chinese Theatre, catch foot and mouth disease…

I thought LA had the intimacy of a hungry Rottweiler, but I’m still glad I went – partly because of the production Cabaret at the Hollywood Pantages Theatre. 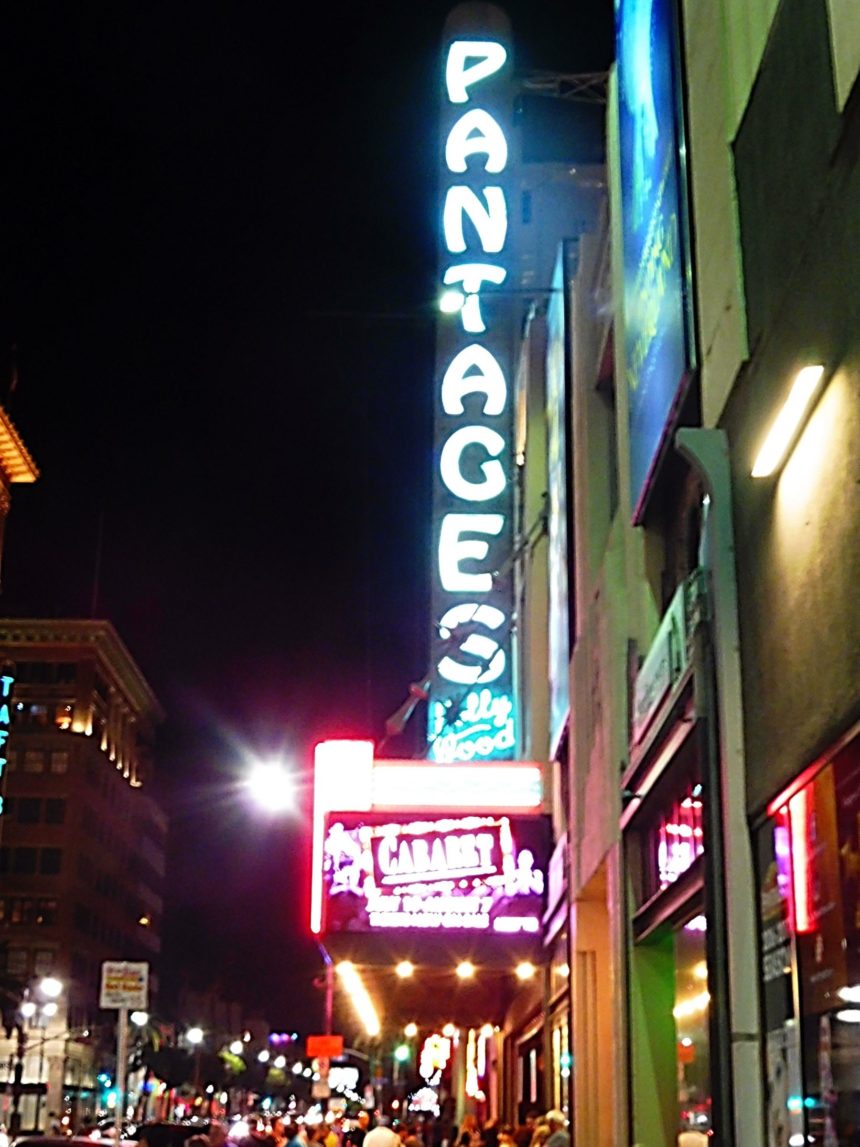 In Buenos Aires, Paula and I sat around a table in the Teatro Astral, which made it more like a real cabaret. It wasn’t like that in LA, but the art deco style of the Pantages suited the piece.

Charlie Hunnam, the young lead in the British version of Queer as Folk, went on to star in the movie Pacific Rim, which (perhaps surprisingly) wasn’t queer themed. However, Randy Harrison, who played the corresponding character in the American version, has returned to his gay roots as the Emcee in Cabaret.

I thought it was a risk casting him, because the Emcee has to come across as very worldly, and Randy Harrison still looks in his twenties, even though he’s actually 38 (and older than Joel Grey when he first took on the role). Yet having someone who looked youthful and pretty actually made the character more intimidating, and showed how quickly people in that time could become grown-up and cynical. 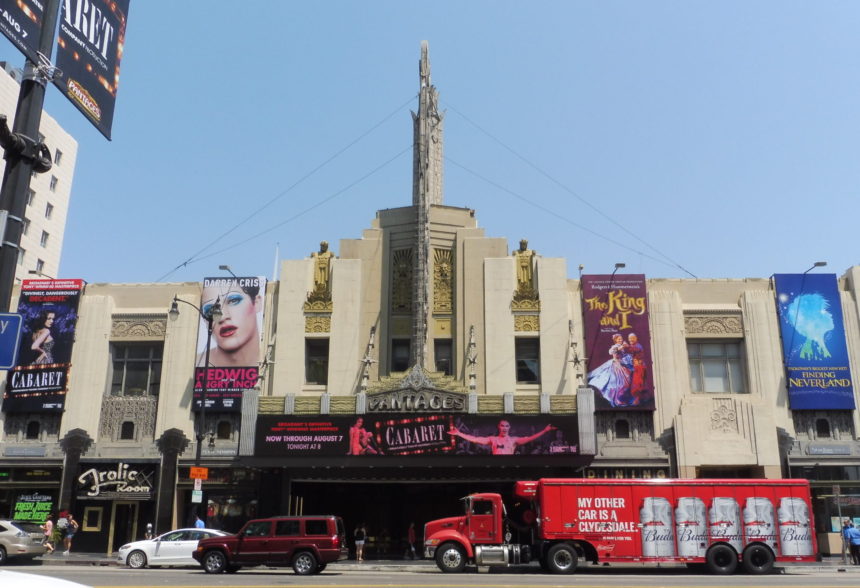 At intermission, I paid $20 for a programme, hoping for a permanent reminder of the eye candy, but back in my hotel room, I found it was a leftover from the Broadway revival, with a different (and much less pretty) lead, which I now have to carry around the world with a left sandal and a San Francisco Giants gnome.  Okay, First World problem…