Do we still need Pride Marches? 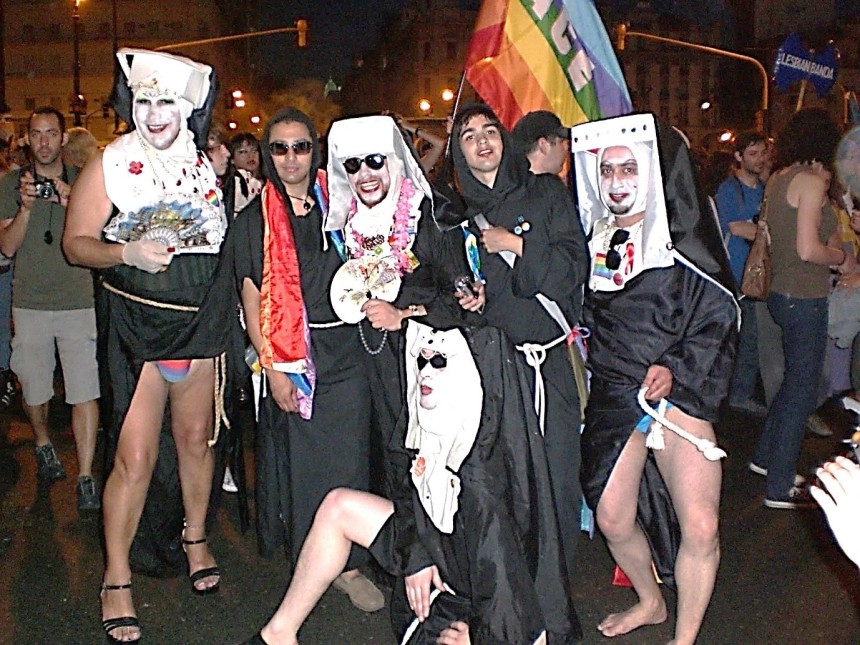 Let me take you back a dozen years to another country. Why did the people in the photo above dress up like this on a Buenos Aires evening in 2007? What were they trying to achieve? What good were they hoping would come from it?

I don’t know, but I can say from my own experiences why Pride Marches are important.

When I started studying Law in Perth in the eighties, one of my First Year units was Criminal Law. In the days before on-line legislation, this meant buying a copy of Western Australia’s Criminal Code. Here is some of what it contained:

This could give you ‘imprisonment with hard labour for three years’ – ‘with or without whipping’.

They had the same maximum penalty:

‘Imprisonment with hard labour for fourteen years, with or without whipping.’

Not exactly incentives to be out and proud. I certainly wasn’t. I only knew one person my age who was out, and I’m not convinced he was all that proud.

To be fair, section 181 wasn’t just aimed against gay men. Married couples who decided to try an ‘act against the order of nature’ also risked going to jail. Only the men could be whipped, however, as section 18 forbade whipping women.

And then there was section 37.

Why Princess Diana had to be wary in WA

Section 37 declared it ‘treason’ to ‘violate’ the wife of the eldest son and heir-apparent of the Sovereign, ‘whether with her consent or not’. My copy of The Criminal Code gave the penalty as death, but it had recently been reduced to life imprisonment.

If Princess Diana, who fit the description in section 37, had been the leader of a Satanic Cult, this would not have barred Charles’ claim to the throne. Sex with her still would have been unlawful in WA.

If, however, she’d been a Roman Catholic, the Act of Settlement of 1701 would have disqualified Charles from inheriting the throne, unless she only converted to Catholicism after the marriage. Therefore, if Charles married an existing Roman Catholic, he would no longer have been the heir to the throne and it would have been lawful for an adult male to have sex with his wife in WA.

To be fair, this wasn’t just an offence in WA. It had its roots (for want of a better word) in England’s Treason Act of 1351, which had the penalty for men as hanging, drawing and quartering. That Act is still in force in England today, though the maximum penalty is now life imprisonment.

WA’s Criminal Code offered defences to treason, including extraordinary emergency and intoxication, but these did not cover every situation.

Section 37 was repealed in my summer holidays between First and Second Year.

Male to male sex gets decriminalised

In my summer holidays between Second and Third Year, sodomy and all other consenting sex between men was legalised. But the heterosexual age of consent was sixteen; for sex between men it was twenty-one.

The preamble to the reforming Act stated that ‘the Parliament disapproves of sexual relations
between persons of the same sex’.

When I played tennis dressed as Chris Evert, a nun and Wonder Woman in the 1999, 2000 and 2001 Perth Pride Marches, Parliament still officially disapproved of my ‘sexual relations’ (at least when I was having them). Being gay was a lawful reason to refuse me a job or sell me a washing machine.

All of that eventually changed. Looking back, it’s easy to say it was inevitable, but it didn’t seem like it at the time. I think it helped that people like me were visible in front of seventy thousand onlookers. We showed that being gay wasn’t something to be ashamed about, and could actually be a lot of fun. 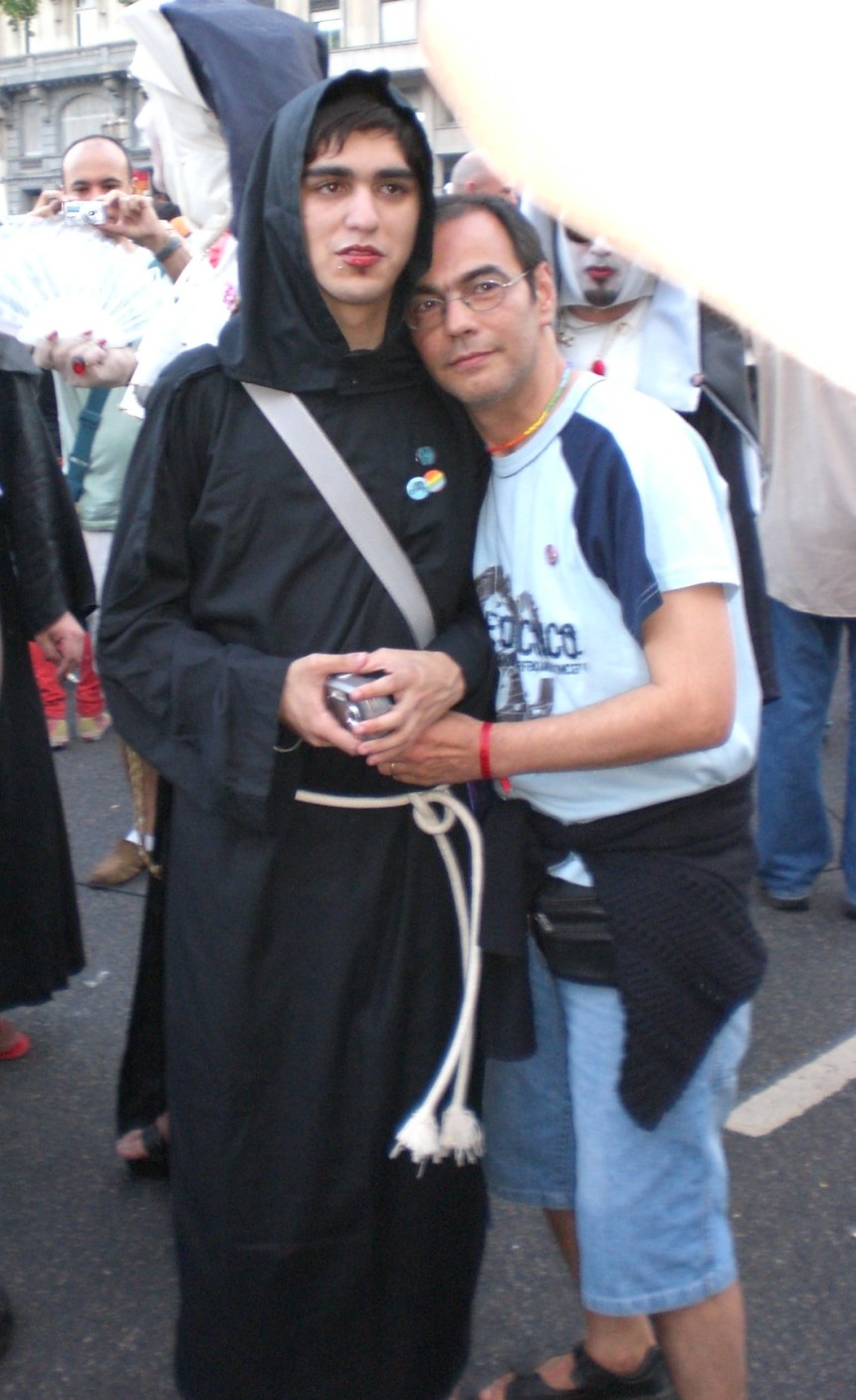 Any gay man who, like me, grew up in the eighties, or indeed at other times, has guilt ingrained into him. But for me, these Pride Marches helped get rid of a lot of it, probably did the same for the Argentine men in the photos above and below, and will continue to do so for others, both men and women, who are attracted to their own sex.

Three years after that 2007 march, the Argentine Congreso legalised same sex marriage, seven years before the Australian Parliament. The Jewish man below could marry one of the guys in the background. In a country whose Constitution made Roman Catholicism the official religion. Inevitable? I think not! 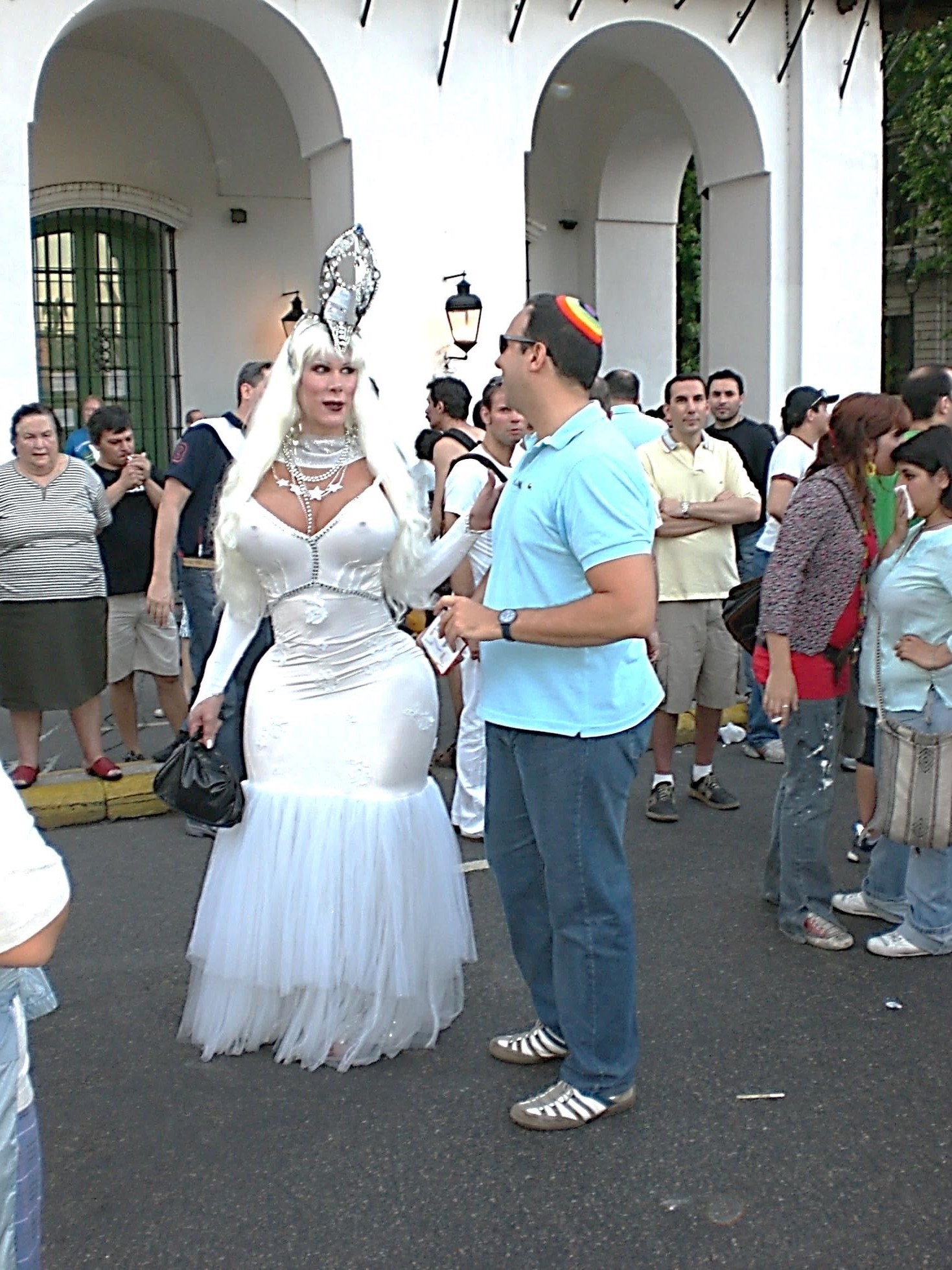 Although laws in Australia and Argentina have changed, attitudes remain.

Look at people in positions of power. How many are openly gay and lesbian? Some, for sure, but not as many as there could be. Australia has had gay political leaders, but none were frank about it with the public at the time. South Australia’s Premier Don Dunstan, who I admire in many ways, actually married a woman while he was in office.

How many of your work colleagues are still afraid to come out? How many still haven’t told their families?

And in some countries, things are getting worse.

There are still many reasons to have Pride.