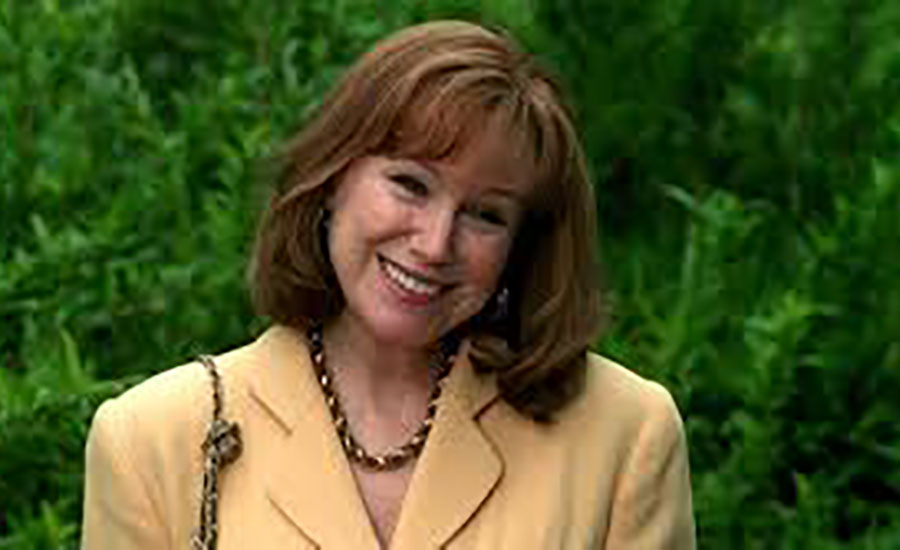 I’ve now re-watched all three of the early Tales of the City mini-series on Netflix. The first was fresh and charming, the second was fun and familiar, so how was Further Tales of the City?

This is Mary Singleton (centre, below) at her best. She’s lost the Cleveland naivety and is independent and sexy, plus more than a tad ruthless if there’s a good reason.

Mary Kay Place (top picture) also shines as Prue Giroux: the ditzy columnist who isn’t so ditzy after all. I particularly relished the scene where Prue and DeDe tell carefully constructed lies to each other.

I’m not sure, though, what’s meant to be the message of Michael Tolliver’s storyline. He embarks on a series of affairs, included with a closeted gay Hollywood star. By and large, he seems to be having fun, but when his lonely ex-boyfriend comes back and sl*t-shames him (largely out of jealousy, I suspect), they quickly get back together. Okay, he had a pep talk from one of the other characters as well, but it almost seemed like Free Love Advocacy Inc wrote the first three-quarters of his scenes and the Legion of Decency picked up the rest. The book does not have the same mixed messages. 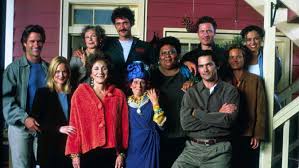 The main storyline centres around Jim Jones, the real-life cult leader of the 1978 Jonestown mass suicide. This has probably improved with age and is better for people living in Perth, Western Australia. The book was published in the United States in 1982. Having a story that involved the cult leader still being alive may well have been uncomfortable for the victims’ friends and families, who were largely from that country. There aren’t too many people in my city today who would have known anyone involved.

It’s ironic that the nudity in the first series sparked such a controversy, because it was confined to the odd splash of boobs and bottoms, whereas this third series is much more revealing. It’s well done, and everyone looks trim and toned (and yes, I did press rewind at one point), but it feels like there’s a nudity quota that they have to fill.

Some things don’t make sense. For instance, DeDe is desperate not to reveal to San Francisco that she’s still alive, but walks around the city – in public – during the day without a disguise. She’s slimmer and her skin is darker, but it’s clearly her.

There are some great characters, such as Ned, who I would have liked to have seen develop further. This is easily the shortest of the mini-series and I wonder if it could have benefited from an extra episode. Still, with all of the troubles that making these shows entailed, I’m glad it was made at all.

I shouldn’t be too critical because the sets and costumes (when people are wearing them) retain the high standards of the earlier series. I was entertained all the way. If you’ve watched the first two series, it’s worth checking out the third. It is flawed, but more importantly, it’s still fun.