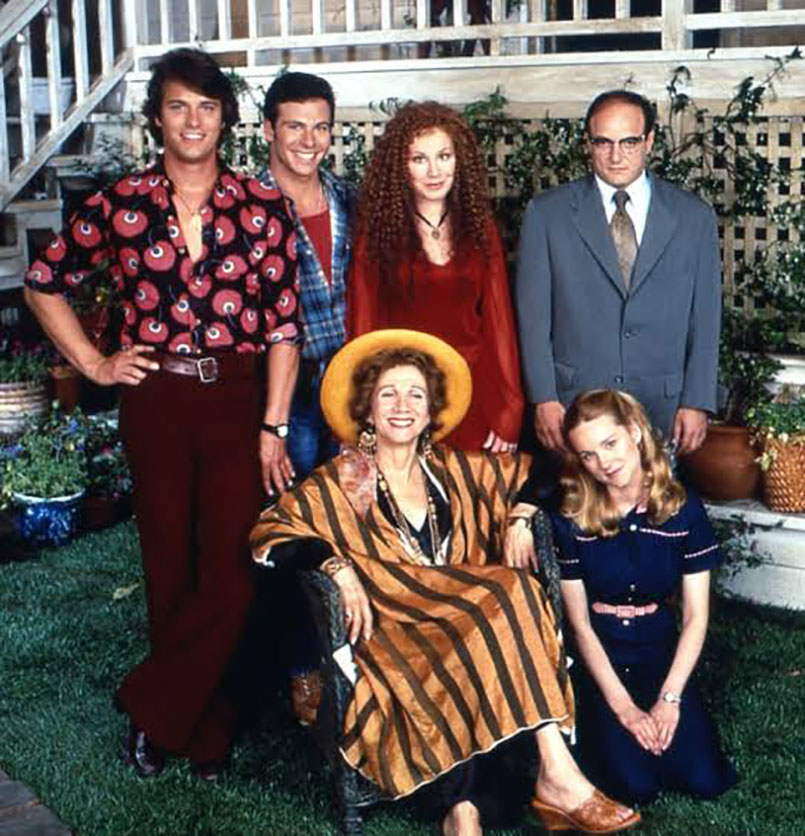 The 1994 Queer Film Festival in Perth was the first time I went to the cinema with other gay men to watch gay productions. I say ‘productions’ rather than ‘movies’ because the centrepiece of that festival was the 1993 TV adaptation of Tales of the City, which they played on the big screen. It centred on people living at 28 Barbary Lane: a house and four apartments in San Francisco in liberated (at least in some ways), pre-AIDS 1976.

I probably saw more gay characters in that mini-series than I had in everything combined that I’d ever seen before. I related most, though, to Mary Ann Singleton, the straight newcomer to the city. To a large extent, Tales of the City reflected a world I wanted to live in and was trying to be part of.

At the time, Armistead Maupin had written six Tales of the City books (he’s written three more since). This mini-series was a faithful adaptation of the first, though it (rightly) included part of a major revelation from the second.

I’ve recently re-watched that mini-series on Netflix. What did I think?

It probably could not have been made much earlier or much later than 1993, at least not in the way that it was. Previously, a sympathetic gay lead character had been too much for some would-be producers. The cast, which at the time included Laura Linney (as Mary Ann) in her breakthrough role, Oscar® winner Olympia Dukakis, and Ian McKellan in a bitchy cameo, nowadays would not be considered sufficiently ethnically and sexually diverse.

Even so, the mini-series was controversial when it was released in the United States. The gay content was part of it, but so was the nudity, which was limited to boobs and bottoms and looks tame and tasteful in retrospect.

The one area where the attackers may have had a point was the depiction of illegal drug use. It was right to show it, because that’s what happened in real life. However, none of the characters seemed to suffer any ill-effects from it, which wasn’t realistic. That said, it would be hard to find a viewer of Tales of City who does not know that there are dangers associated with illegal drug use. And the mini-series provided a good example of the effect that alcoholism could have on a marriage.

Despite some of its racy content, the 1993 Tales of the City followed some conventional principles of story-telling. For instance:

The mini-series was not shot in the same High Definition that you get today. I read that they tried to make the picture quality look like it had been shot in 1976. Also, the average television was much smaller in 1993 than it is now. When I viewed it recently, it looked grainy, but that kind of added to its charm. Curiously, I don’t remember having the same problem when I saw it on the Lumiere Cinema’s big screen in 1994, but maybe the story was compelling enough for it not to matter.

Netflix also has three sequels to the 1993 mini-series:

For a long time, Tales of the City put me off writing fiction, because I thought, ‘I could never be as good as that.’

Looking back, was the 1993 mini-series (and the book on which it was based) really that good?

In my view, the answer is an overwhelming yes. It’s still fresh, charming and worth a visit.