Why ‘ahead of the class’ should be a class ahead 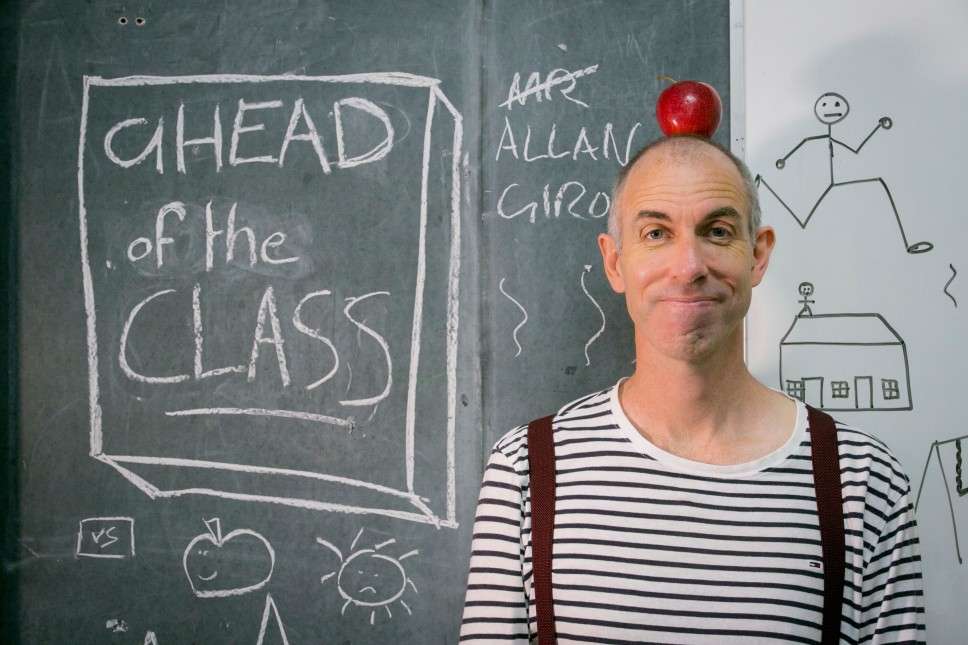 It was called Absolutely. I think my friend and I wanted to see something at The Blue Room Theatre, where, over a decade earlier, I’d staged both a play and a one-man show.

A man I didn’t know, my age, from my city, talked about his opportunity to work as a Cirque du Soleil clown. He really wanted to do it, but played sophisticated mind games with himself to talk himself out of it, until he had the courage to break through and take the chance. 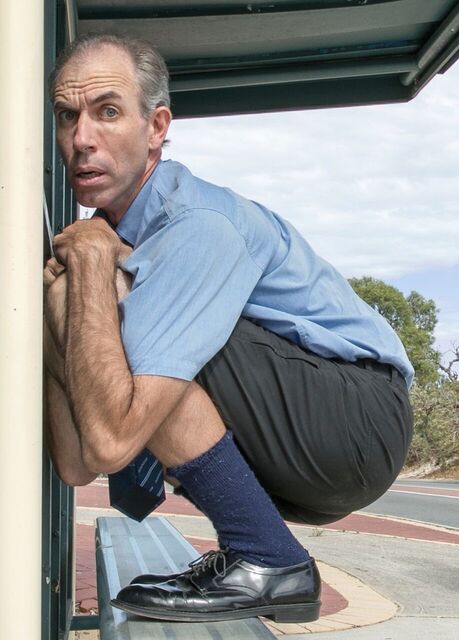 Allan Girod helped convince me that I could plan, deliberate, delay, make excuses and justifications, prevaricate, look from afar, critique … or I could just say whatever (or perhaps a stronger word), and do a Fringe show of my own.

I thought it would help if I went to that year’s Edinburgh Fringe: the world’s oldest and largest Fringe festival, although perhaps in retrospect, that was a bit more prevarication. one afternoon, I recognised Allan in the street (easy to do – he’s six foot nine) and introduced myself to him. 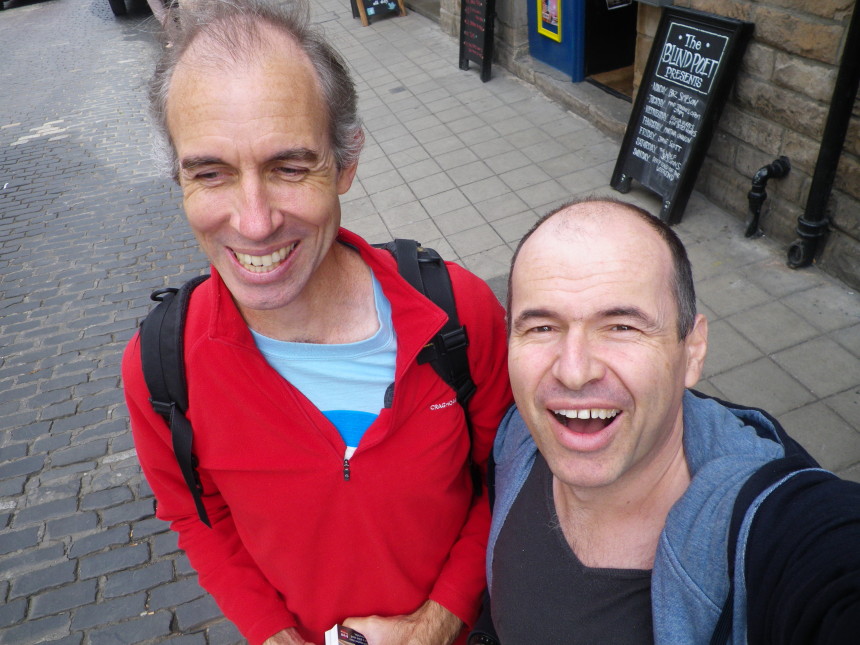 I’m often shy about doing that sort of thing, but I think I’d just left a pub where I’d been drinking Jack Daniels. I’d asked for a half shot, but the barman told me he wasn’t legally allowed to serve that. Double shots, however, were acceptable…

Allan was performing Absolutely: one of the 3,800 shows in that year’s Edinburgh Fringe.

Perth’s Fringe World 2014 had 418 events, which shows typically ran for five or six nights; in Edinburgh, many were on for a whole month.

Sometimes Perth friends complained (and still do) that Fringe World overlapped with the Perth International Arts Festival, which in turn included the four-day Perth Writers Festival.

Edinburgh’s Fringe and International Arts Festival also overlapped. When I was there, I went to seminars at the Edinburgh Book Festival, which ran for 13 days longer than its Perth counterpart.

I missed the Royal Edinburgh Military Tattoo because cold, drizzle and bagpipes didn’t appeal to me, but they appealed to around 217,000 others. Then there was the Edinburgh Art Festival…

In short, there was a fair bit going on.

A Fringe performer once told me: ‘Everyone makes money in Edinburgh … except the artists.’

You needed balls to survive in that sort of environment. Allan had them, and he did well.

I next bumped into him in Fremantle at the final of the 2014 Barefaced Story Battle.

The idea of Barefaced Stories is simple. People stand up on stage and talk about themselves.

Many of us could relate to the difficulty of juggling a paid job with something else, whether it’s raising children, playing sport or, in Allan’s case, an artistic endeavour. Sometimes the paid job suffers, though rarely in the excruciating way that Allan described to his thoroughly aghast but amused audience. But after making us laugh about a disaster concerning a bus he was supposed to be driving (which kind of quite literally got away from him), he ended with a simple message about the love and support of his wife.

He won the competition.

Allan performed Absolutely again at Fringe World 2015. On the final night of the festival, I went to the awards ceremony, and saw him pick up a prize as the WA winner in the Theatre category.

If any of you ever get nominated for an Academy Award, I’ll try to make myself available for the ceremony…

Ahead of the Class

Midway through 2015, Allan very generously had a drink with me and provided tips about Fringe performing. Not all artists are like that.

He also talked about the new show he was devising about the career crisis he faced as a teacher. It’s a testament to his growing stature that for Ahead of the Class, he secured a great new Fringe World venue: The Flaming Locomotive (the Art Gallery WA Theatrette), where he’s also doing Absolutely again. You can also catch Ahead of the Class in Mandurah.