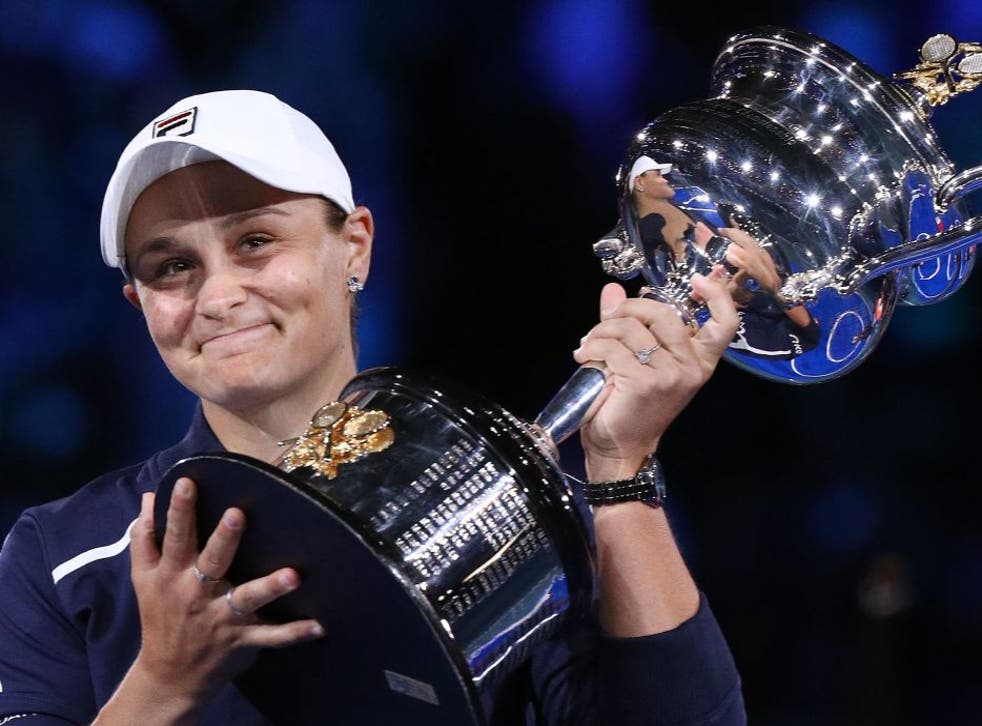 I like Ash Barty because she’s both successful and a nice person, much like her mentor Evonne Goolagong Cawley. I was happy that she won the 2022 Australian Open. Everyone’s saying that she’s the first Australian woman to do that in 44 years, since Chris O’Neil’s win in 1978.

I don’t say this to denigrate Barty’s achievement, but to display my knowledge of useless tennis stats. I needed Wikipedia to give me the exact dates, but I knew that in the late seventies, they made the Australian Open the last Grand Slam tournament of the year, rather than the first.

Not that being a Grand Slam tournament meant as much in those days. There was no more competitive player in the seventies than Chris Evert, but in that decade, she only played the Australian Open once. In 1976, even though she was two-time defending champion and hadn’t lost a match on clay in three years, she missed the French Open so that she could play Team Tennis in the US. She also skipped it the next two years. No top player would make that choice today. Evert, though, never missed Wimbledon or the US Open. She won 18 Grand Slam singles titles. On the face of it, the Australian Open looks like her least successful, as she ‘only’ won it twice, but she only played in it six times, reaching the final on every occasion.

The top women started coming to the Australian Open as a matter of course in the early eighties. In 1981, the quarterfinalists – and top eight seeds – were a who’s who of the best at the time: Evert, Tracy Austin, Martina Navratilova (who won), Andrea Jaeger, Hana Mandlikova, Pam Shriver, Wendy Turnbull and Goolagong Cawley. In those days, they played at totally different time, finishing their tournament two-and-a-half weeks before the men started.

The men’s 1981 tournament was missing John McEnroe (the reigning Wimbledon and US Open champion), Bjorn Borg, Jimmy Connors and Ivan Lendl. Their draws got better as the decade went on. It wasn’t until the move to Melbourne Park in 1988 (called Flinders Park in those days) that the Australian Open became a tournament where almost all the men were expected to attend as a matter of course.

On the way, they moved the dates, so that it once again became the first Grand Slam tournament of the year. To do that, they held it at the end of 1985, with Stefan Edberg winning the men’s singles, and the next time at the start of 1987, in which Edberg successfully defended his title, becoming the only player to win two consecutive Grand Slam titles in non-consecutive years. 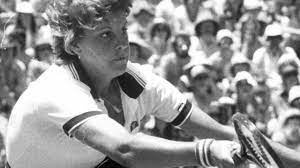 Chris O’Neil (featured above) and indeed, Barbara Jordan, who won the 1979 tournament, may seem out of place in the list of Australian Open champions that also includes Billie Jean King, Margaret Court, Steffi Graf and Monica Seles … but that isn’t her fault. She didn’t choose her opponents, but she beat them all in straight sets. And it wasn’t the last time the tournament had a surprise winner. The 2002 men’s singles draw boasted Pete Sampras, Andre Agassi, Roger Federer (the year before his first Wimbledon win), Marat Safin and Tim Henman, but it was the relatively little-known Thomas Johansson who won the title.