Do we prefer Shame to Pride? 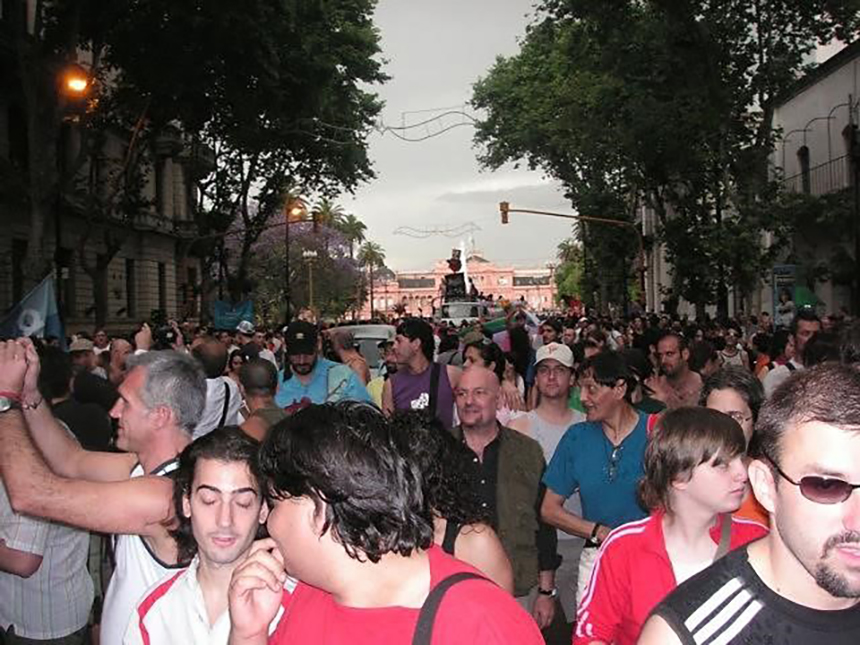 I am not a very good gay man.

Last year, instead of going to Perth’s Pride March, I stayed home and watched the episode of Game of Thrones that featured Cersei Lannister’s Walk of Atonement. It became my latest obsession. I’ve even persuaded two people to change the ring tones on their phones to ‘Ding-ding-ding. Shame! Shame! Shame! Ding-ding. Shame!’ *For those of you not familiar with the TV version of Game of Thrones, I would tell you to watch this scene, but it’s at the end of Season Five, and to put in context, you’d have to watch lots of nasty things happening to lots of body parts first.

I’ve speculated whether Pride Marches are so-last-decade and whether Shame Marches are now the in-thing. I hope not, but if they are, I can still appreciate some memories from last decade.

If you’re new to my blog, please check out some of the things I saw at the  2005 Buenos Aires Pride March: the Newspaper Woman, the police who guarded McDonald’s and Wonder Woman.

But it was more than just those. After a smoke bomb went off outside the Cathedral, and we started forty-five minutes late, almost everyone marched, including myself.

Despite a few dangers, it was more fun than bobbing my head over four rows of spectators at the Sydney Mardi Gras, trying to get a look at the well-timed array of floats. 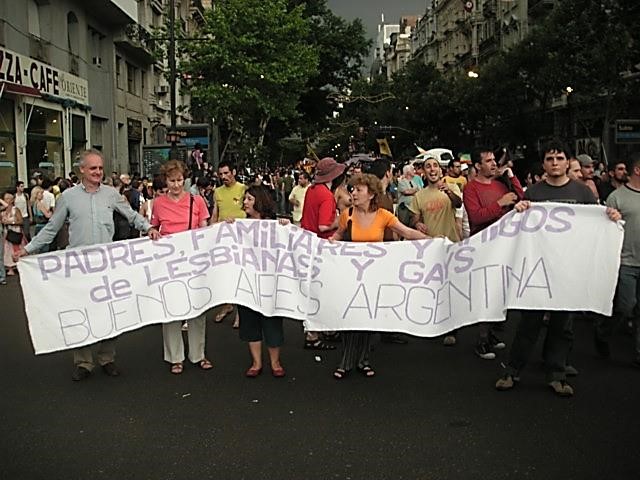 There were some – though not many – planned groups, such as Parents, families and friends of lesbians and gays (above) and the Stop AIDS float (below). 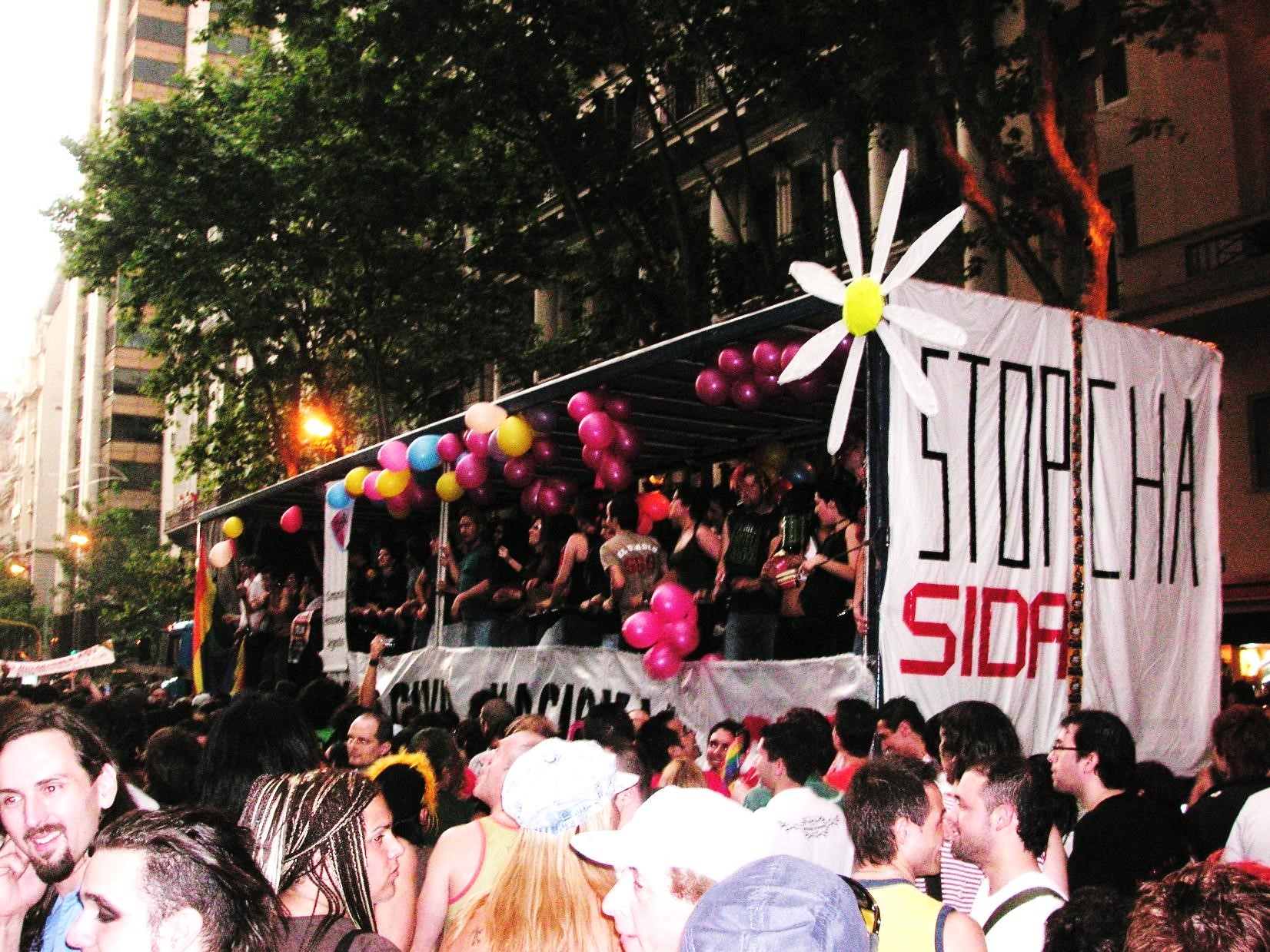 At the end, in the square outside the Congreso building, there were speeches and a tango between men. We sang ‘Yo Soy lo que Soy’ – ‘I am What I Am’. 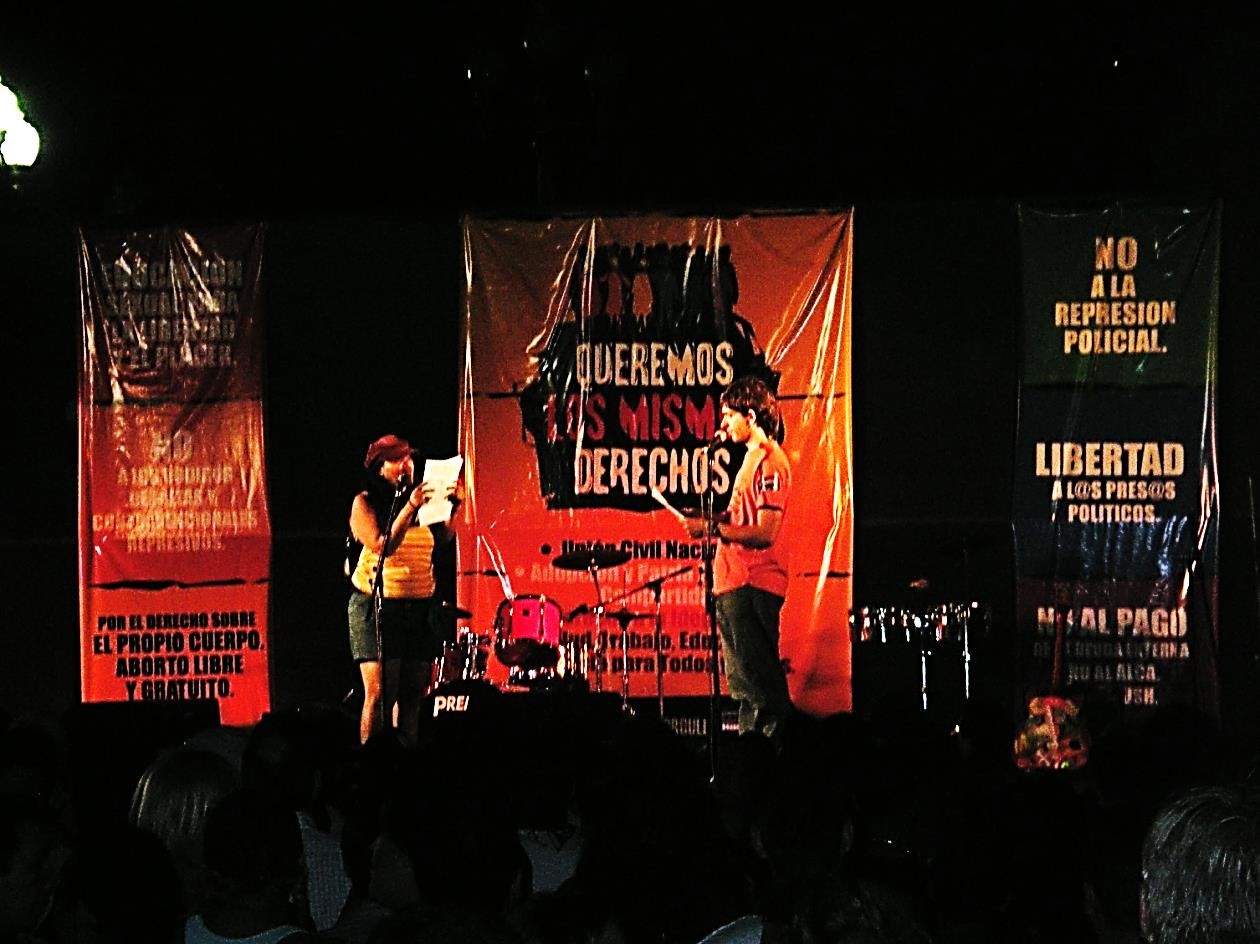