Not the real tropic, but great clouds 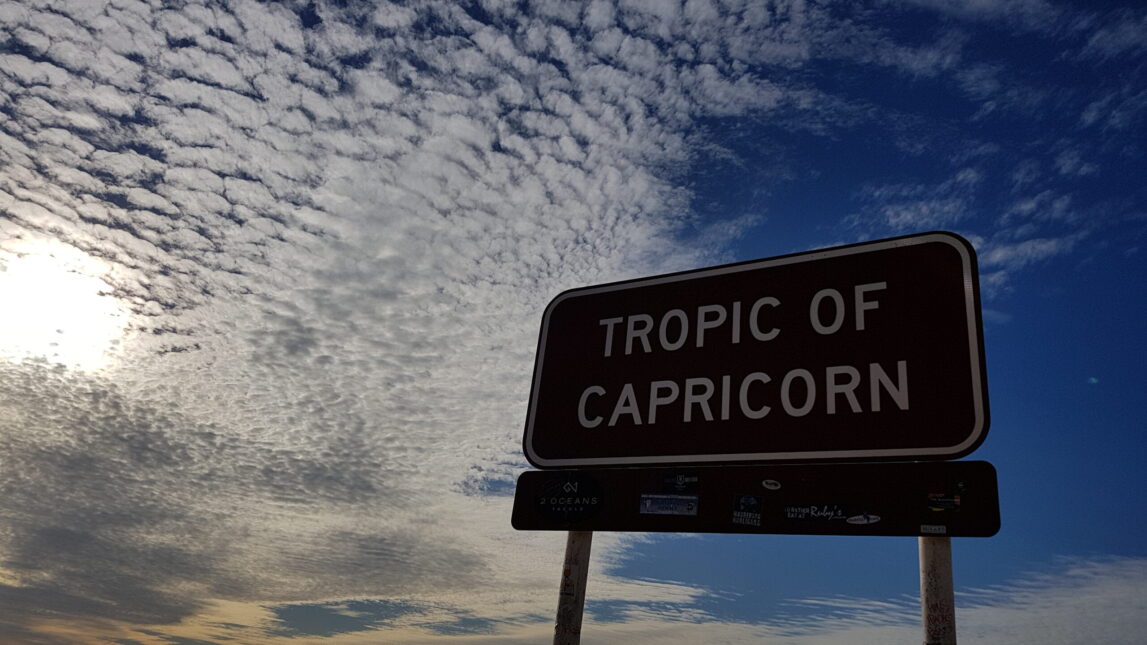 Years ago, I watched an episode of ‘Surfing the Menu’, in which they crossed the Tropic of Capricorn near Coral Bay and Exmouth, Western Australia. When I went that way on a bus tour in 2006, I asked that we stop when we got to the sign, so I could take a quick photo, but then everyone wanted a photo, and we all took photos with each other’s cameras, before WhatsApp meant we could just take one photo and share.

In 2009, in the north of Argentina, I crossed El Trópico de Capricornio, with plaques and Jujuy landscape. 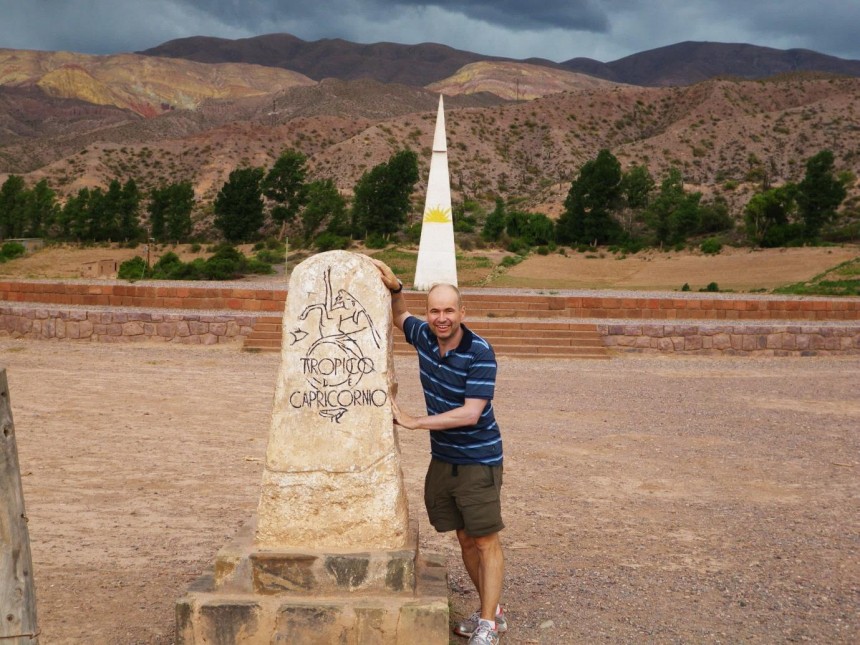 A few weeks ago, I crossed it twice more on the way to and from Exmouth. No mountains. No plaques. Just one sign each way. 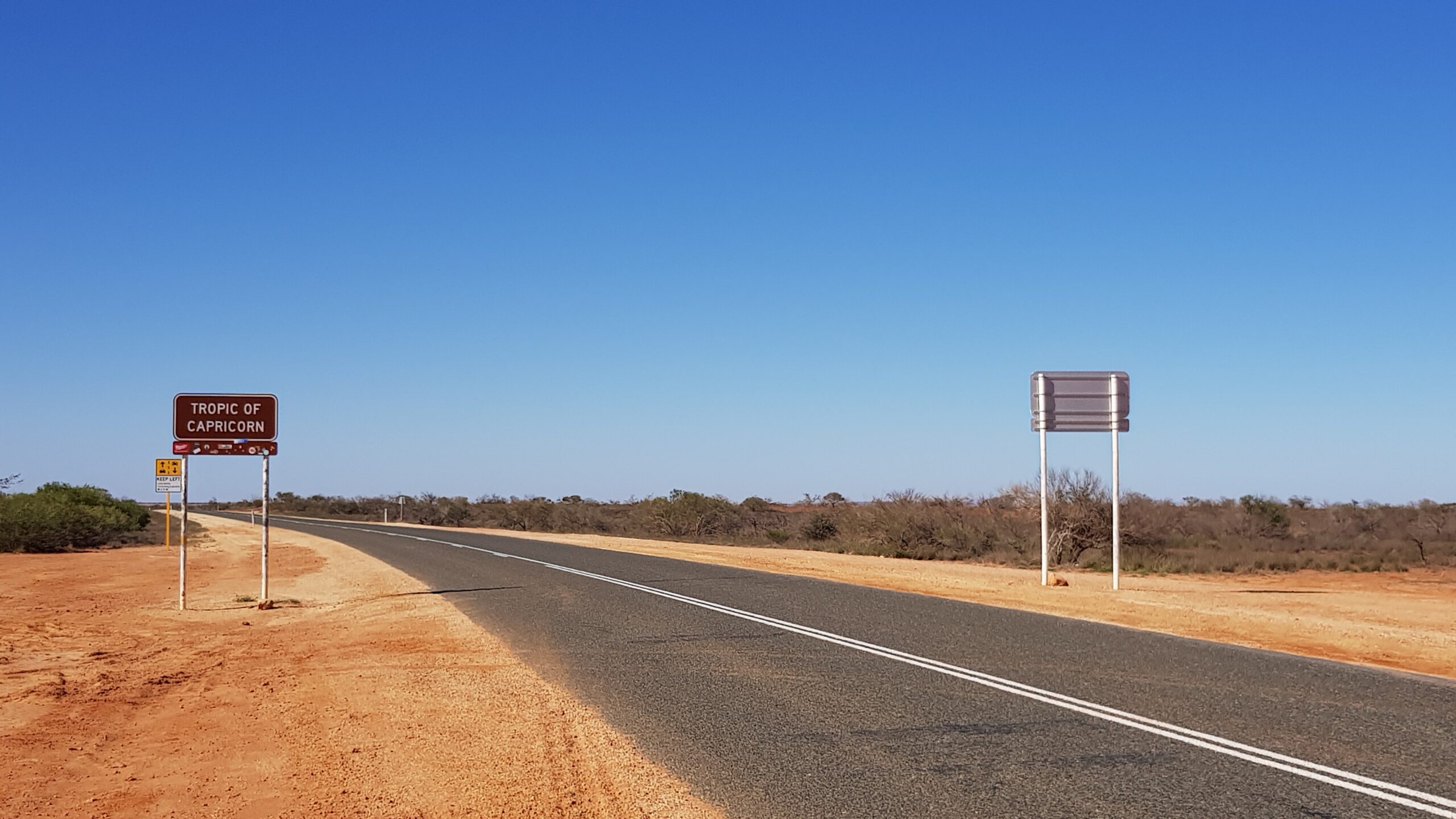 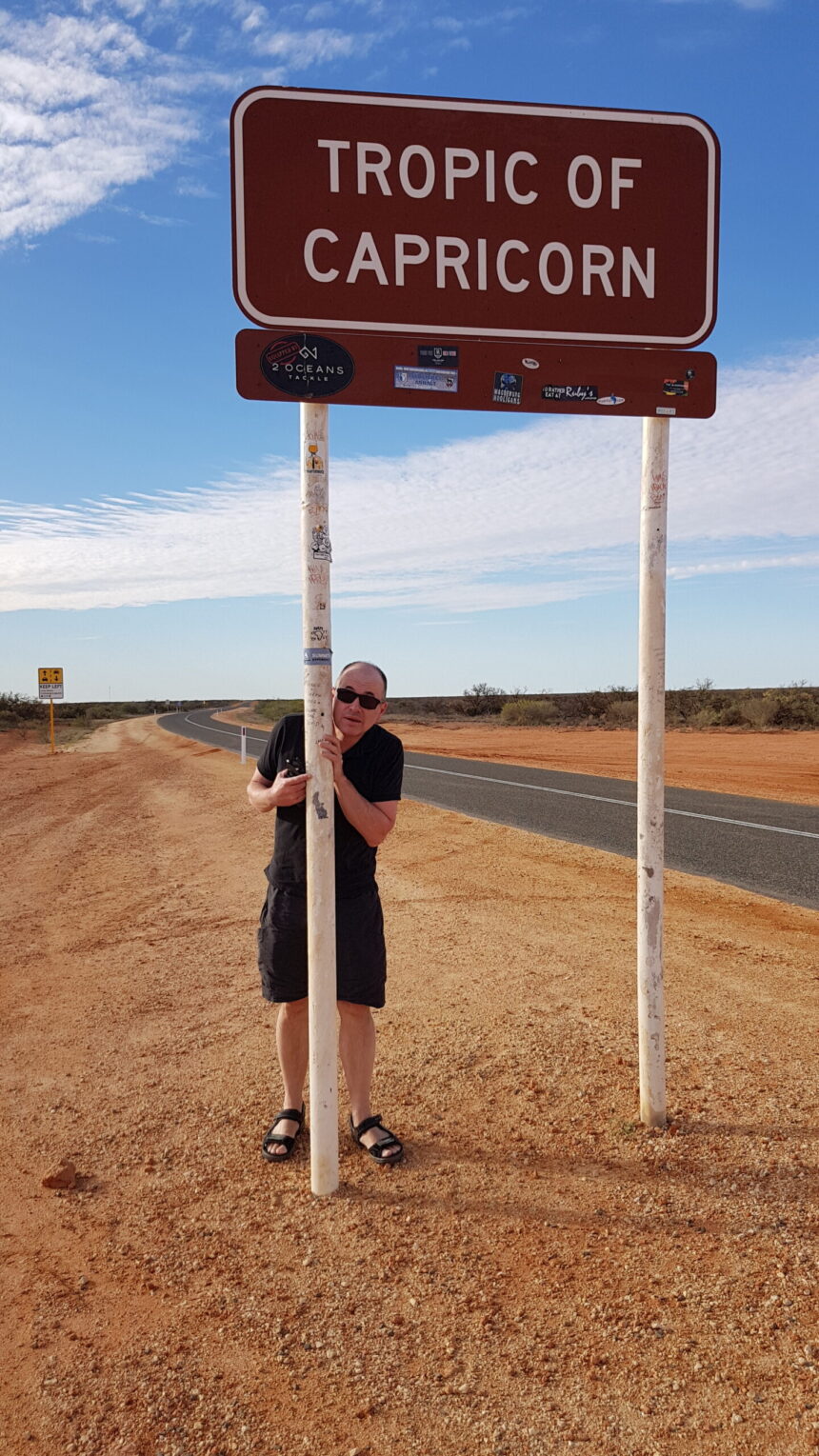 Sadly, according to Wikipedia, the tropic moves about 15 metres a year, so this isn’t even the real tropic, unless they’re obsessively diligent with sign-moving, which I suspect (and hope) they aren’t. 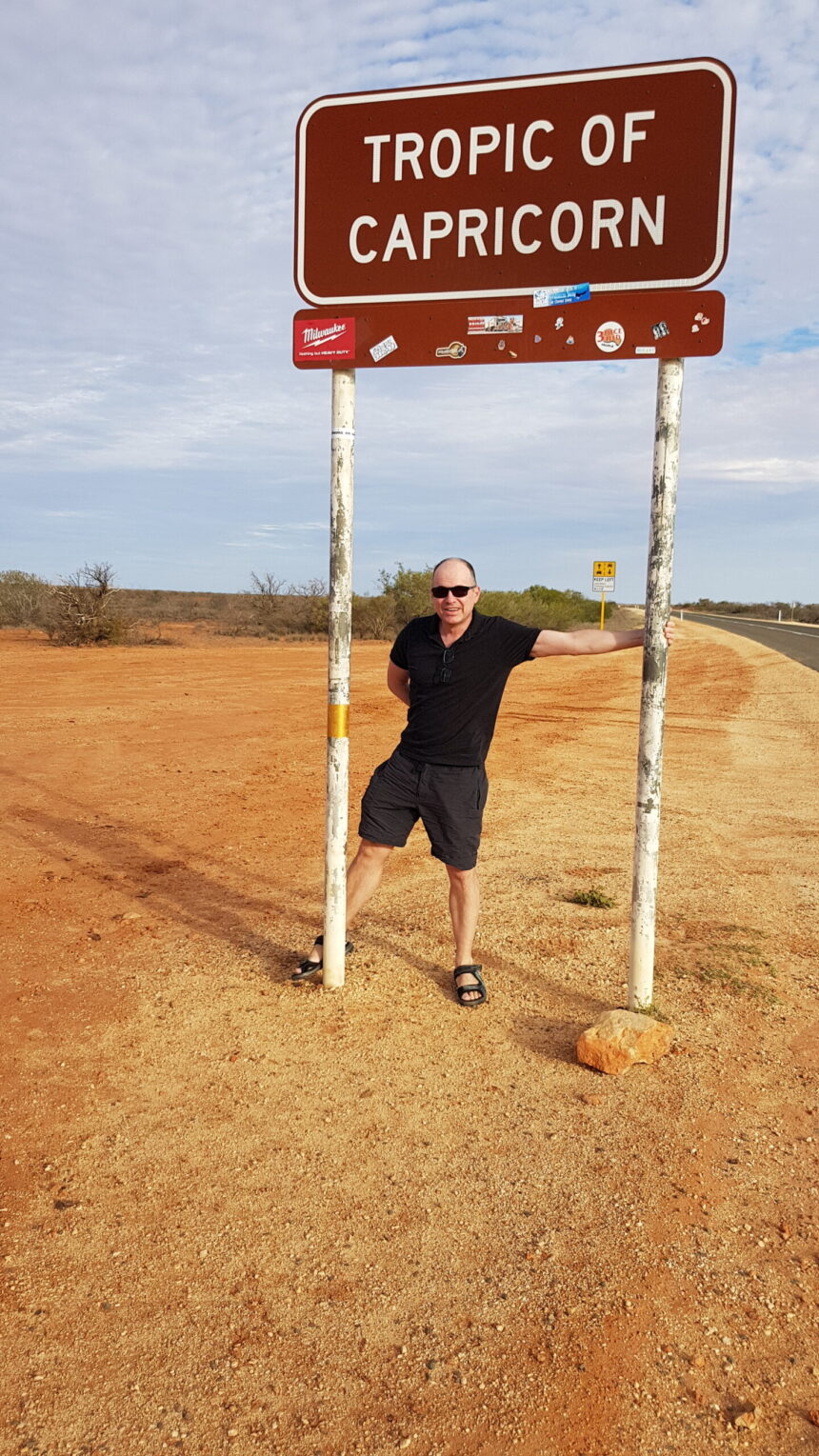 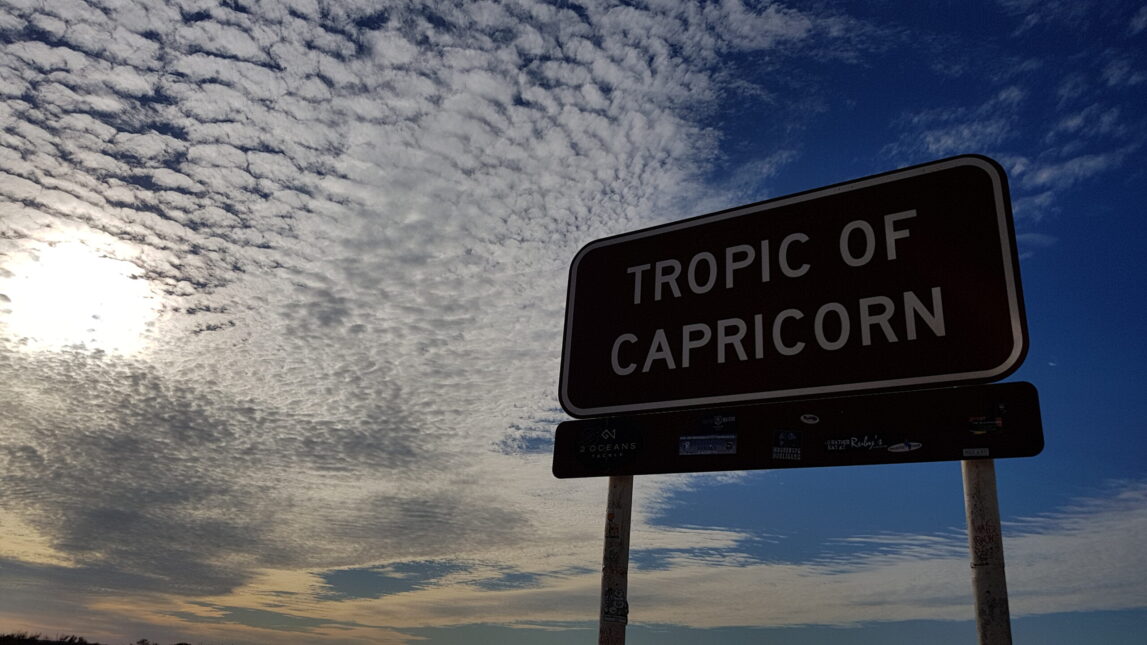