Tigre is a tad more than an hour from Buenos Aires 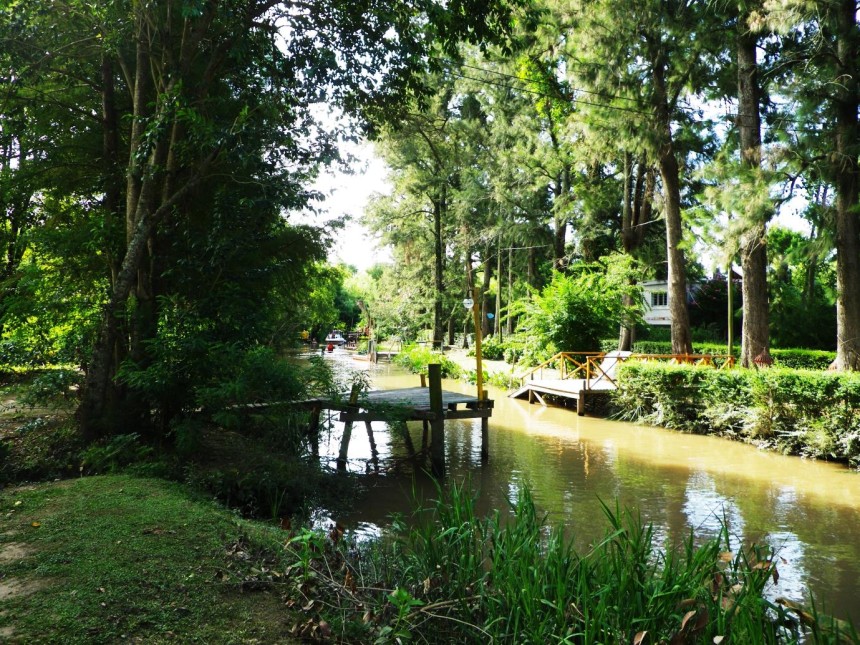 I don’t think that the Tigre delta is a reason to go to Argentina, but if, like me, you’re having an extended stay in Buenos Aires, it’s nice to get out of the noise and fumes every now and then. And Tigre is close by, although don’t believe anyone who says it’s only an hour away.

The train ride from Buenos Aires is an hour, but to get to the island of Tres Bocas, I took one of these …

Getting there was OK, but note to self: do not try to leave the island at the end of a long weekend!  For about two hours, a series of barges sailed past our jetty, some of us teasing us by slowing down, then shooting off. And the train back to the city probably stretched the rules about overcrowding.

I envy my billionaire character from my tasteful novel, who would have just called for a helicopter to take herself and whoever she fancied out of there.

But it was all worth it, as I’ll explain another time.