The upside of a San Telmo prison 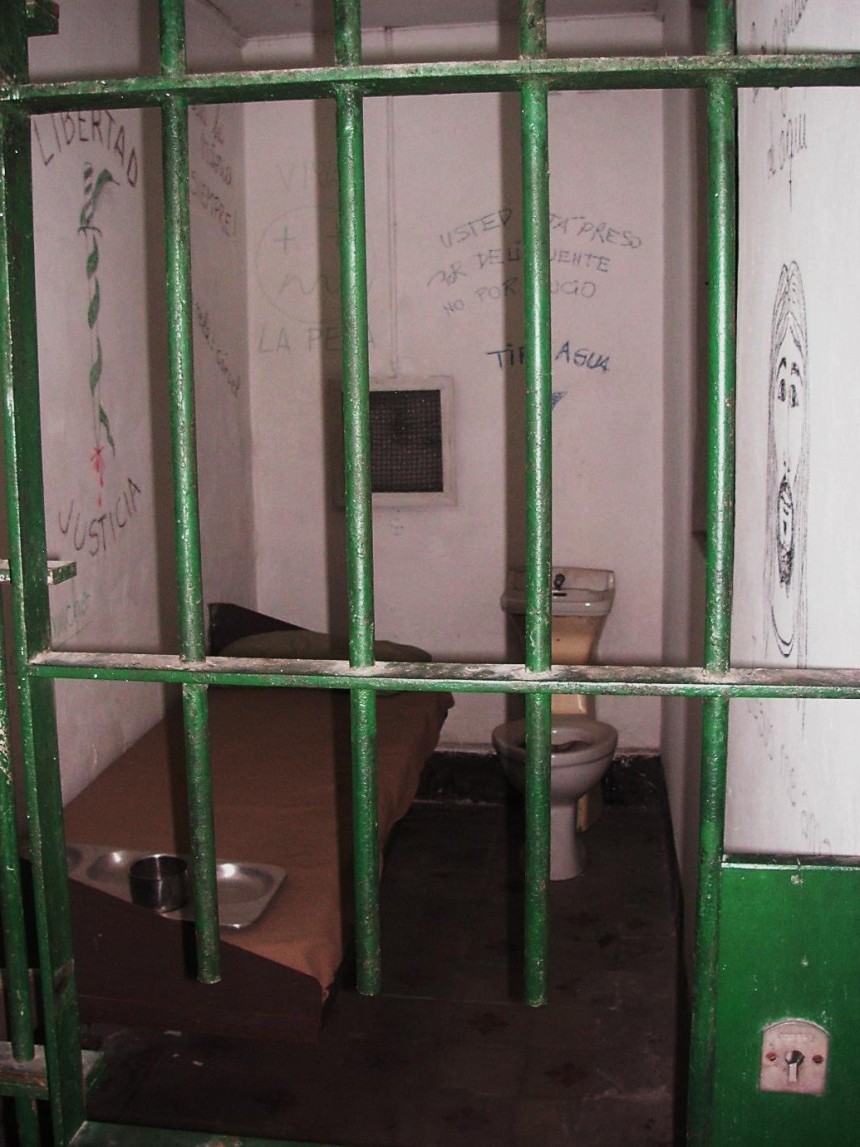 In 2005, as a way of learning Spanish, I visited tourist sites with Evadne, a Spanish teacher.

This is an old prison cell in San Telmo (part of the Museo Penitenciario Argentino).

At first glance, there doesn’t seem much of an upside to it. But the guide, a friendly man in his seventies, told me the inmates would get eight conjugal visits a year. When I did the calculations in my head, it didn’t seem like such a bad deal. I asked if they had to be with the same woman. It would appear so.