The highest toilets in Australia

My friend John had been to the southernmost and easternmost points of Australia. He and I went to the highest point – Mount Kosciusko (when they still spelled it that way) – which meant going to the highest toilets. They’ve since installed a permanent set.

This photo was taken 21 years ago, yet neither of us now looks any older. Look carefully and you’ll see that John’s wearing shorts. He grew up in Scotland. I’m Michael from Perth, but it’s Perth WA, not Scotland! 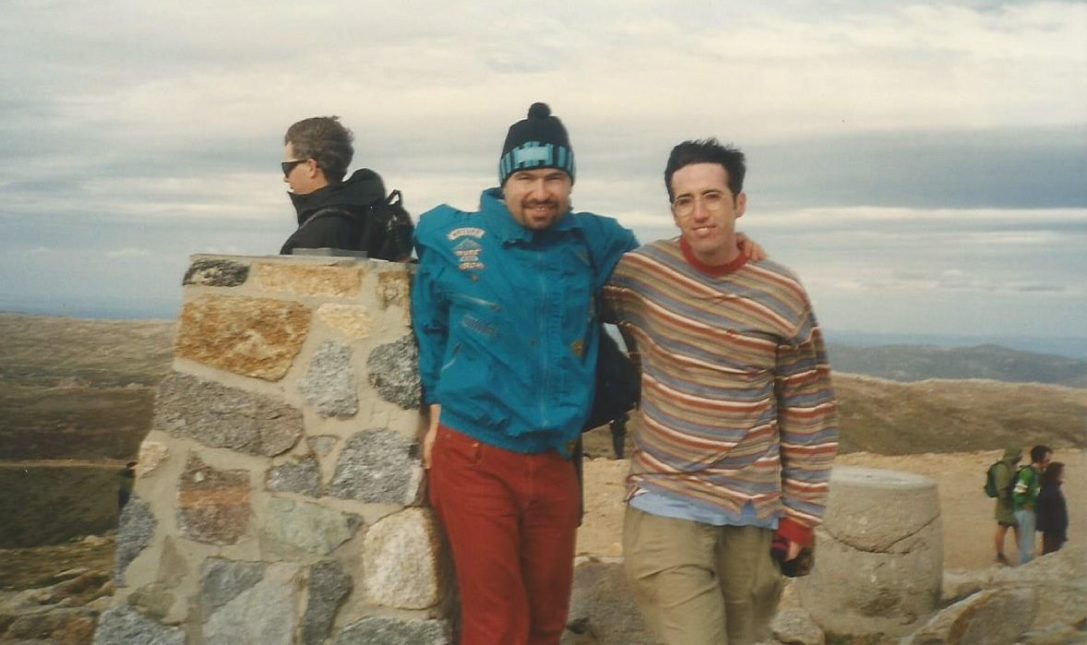 You won’t see many photos me like this. I’ve only grown a beard once in my life, and it was for less than two months. Too itchy for me. 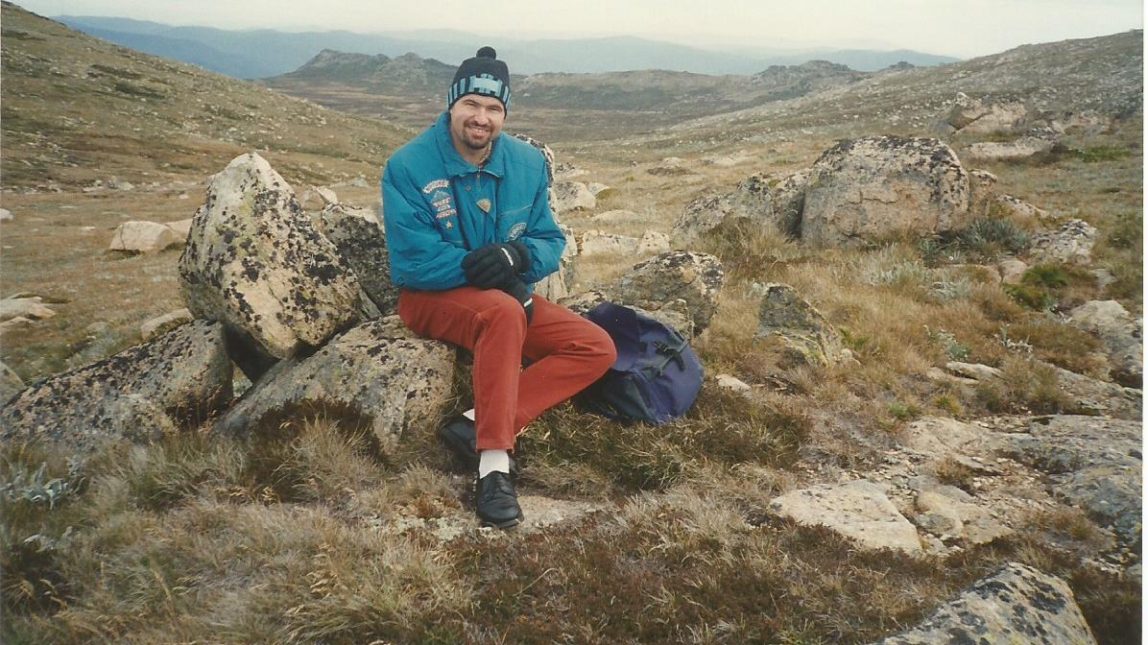