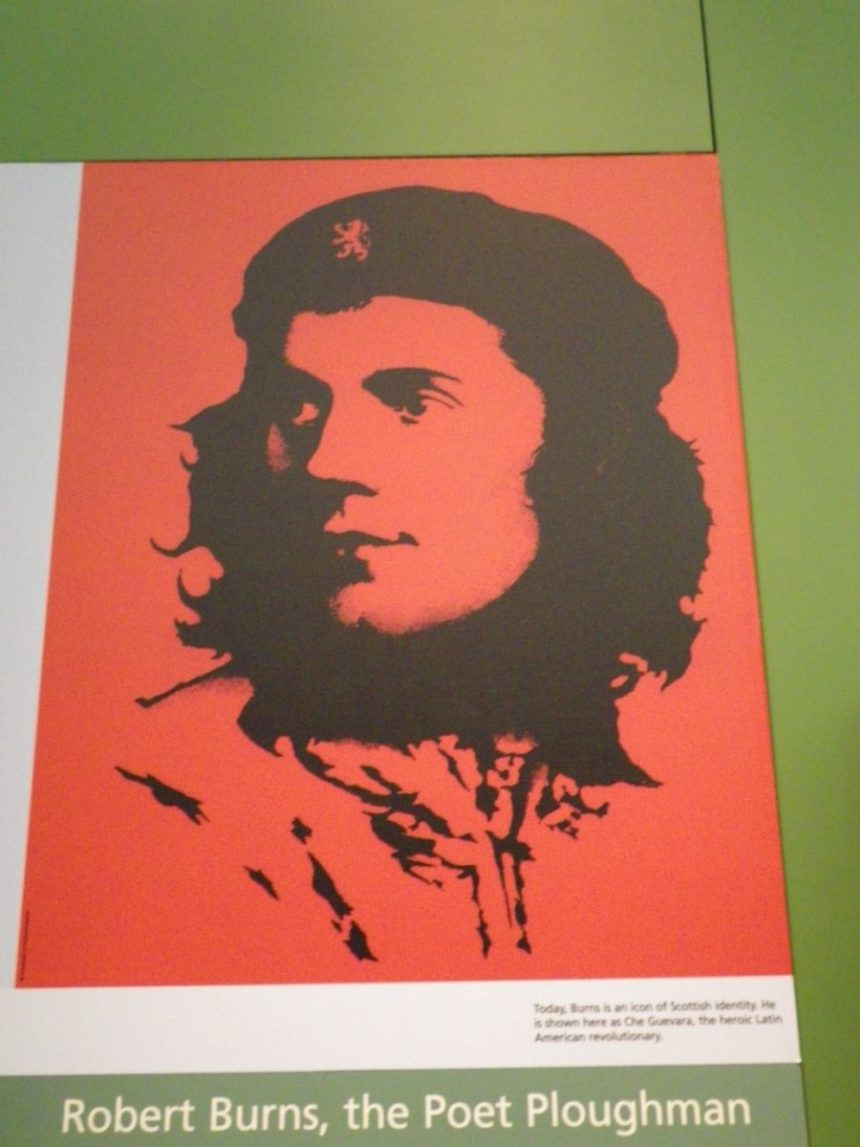 Above is Robert Burns at Kelvingrove Art Gallery and Museum, Glasgow, 2014, the month before the Scottish referendum on independence.

The description with the picture says:

Today, Burns is an icon of Scottish identity. He is shown here as Che Guevara, the heroic Latin American revolutionary.

Below is Che Guevara at El Revolucionario Bar, Buenos Aires, 2013.

Until the Victory Always!

I suspect that transforming a Scottish hero into a charismatic, callous killer may have caused more than a few voters, in the privacy of their polling booths, to vote to remain in the United Kingdom.