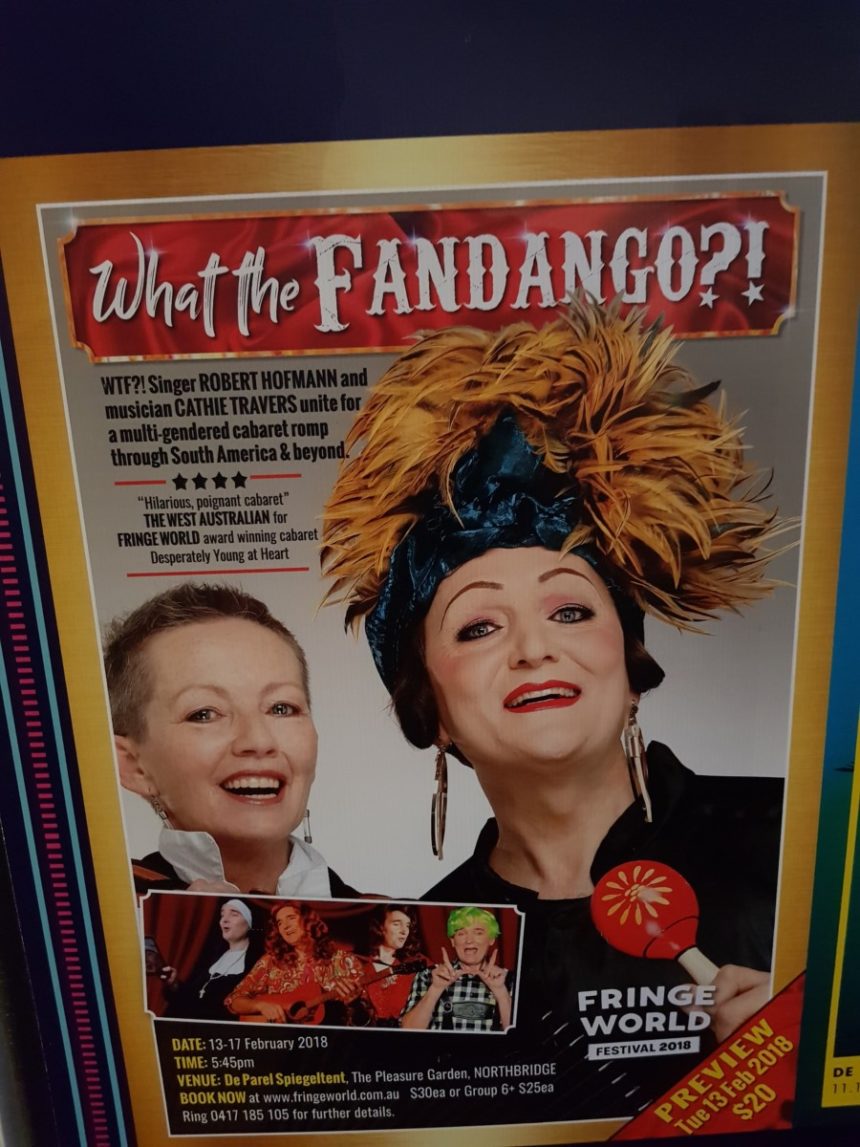 When I did my shows at Fringe World, I put on previews. they were a chance to iron things out before opening night. They also meant that I had, in a sense, two opening nights: one official and one unofficial. A preview isn’t meant to be quite the final product, so the ticket prices are usually cheaper.

Tonight, I saw the preview of Robert Hofmann’s latest show, called What the Fandango?!. I expect he’ll apply a little polish here and there before tomorrow’s opening night, but I think he’s there already. The show, in my view, has made it. Not every Fringe show does.

Robert has a real sense of his target audience. He does naughty without being crude. He sings straight from Stephen Sondheim and Noel Coward, but also does delicious parodies. ‘Strangers on the Net’ was my favourite.

My favourite character – Susan Higgins – with whom I once did a liturgical dance – is back. And more.

What the Fandango?! is on until Saturday. For tickets, please click here.