What the Evita Museum didn’t say 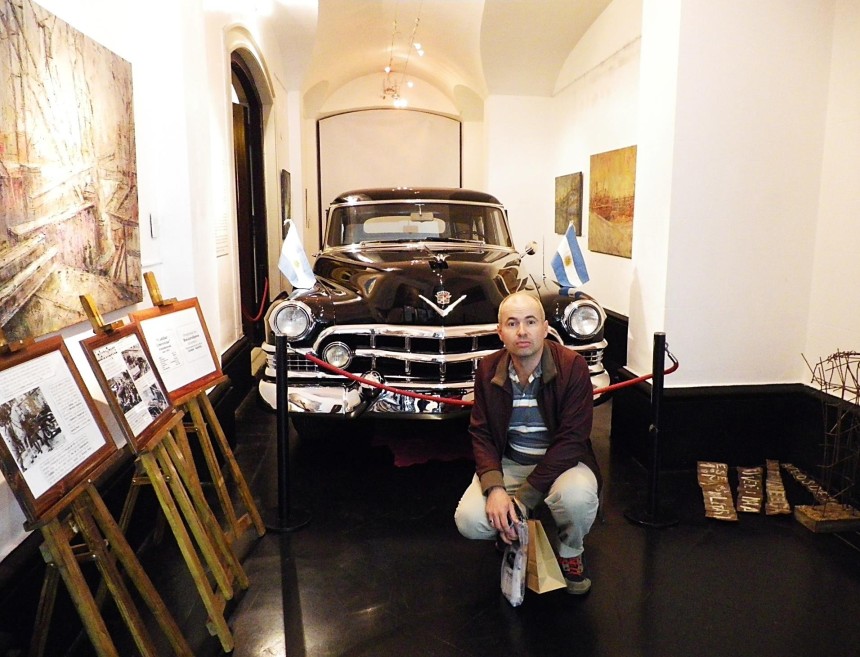 The brochure to the Museo Evita (Evita Museum) in Buenos Aires said it was ‘A place that tells about the life and work of one of the most important women in Argentine history showing the truth with historical rigor.’

When I went, I heard archival footage of Evita speaking, and saw some of her dresses, fluffy and flowery hats and one of her shiny black cars. 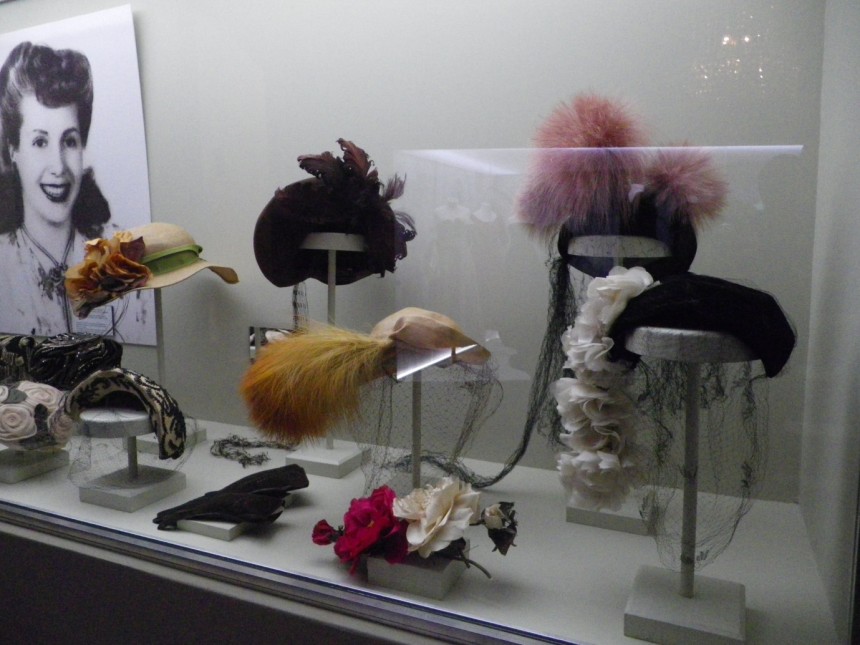 But what didn’t they mention?

The Andrew Lloyd Webber/Tim Rice musical is the reason many Westerners – including myself – have heard of Evita. The museum could have described and acknowledged the role it played in promoting awareness of Eva Perón, and discussed whether it was accurate.

In the musical, Evita ‘thanks’ Huevo (which means egg in Spanish), Emilio and Señor Jabon, having already ‘thanked’ a tango singer, and before ‘thanking’ Juan Perón. Later, she’s called a ‘whore’.

It would have been more interesting if the museum had asked whether the young Eva Duarte did sleep her way to the top, if an unmarried actress from a poor family in 1930s and 40s Argentina had a real choice about it, and how people like that were viewed.

The social disgrace of her birth

The museum said Evita was ‘the youngest child of the union of Juana Ibarguren and Juan Duarte’, without spelling out that her mother was her father’s mistress, and her father was married to another woman. Yet that might have explained why many upper class people didn’t like her, and why she received supplicants from morning to midnight, even when her health was failing. 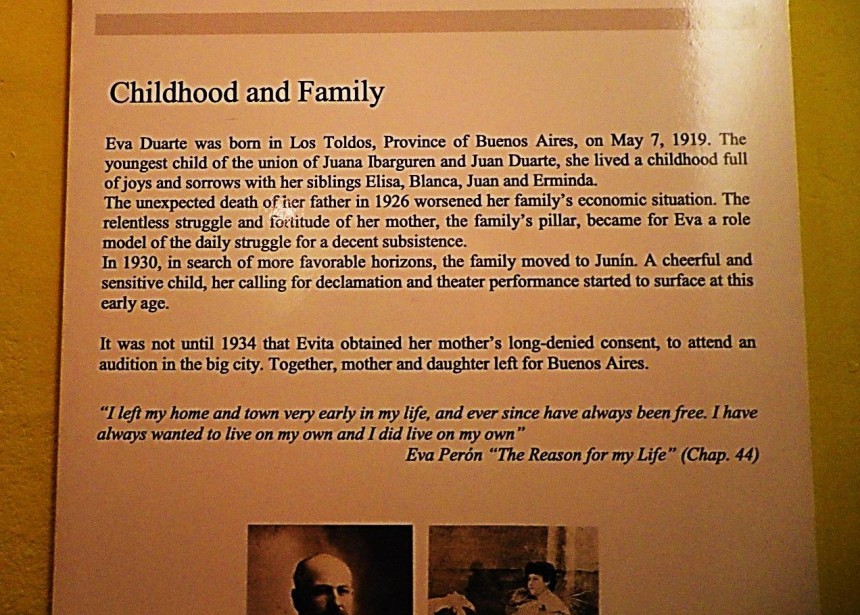 The museum proclaimed Evita’s efforts to get Argentine women the vote – which lasted well past her death – apart from when the military banned elections. At the time, it gave women the freedom to vote for her husband, who had suppressed the media and the courts. For some years after her death, it gave them the freedom to vote for anyone but her husband.

The Eva Perón Foundation, which undoubtedly helped many poorer people, was also prominent in the museum, although there was neither a mention of the sometimes dubious ways she raised money for it, nor an audited set of accounts. It would have been interesting to speculate on what she would have done, had she – rather than Juan Perón’s next wife – been President of Argentina in the mid-seventies, after the money had run out. 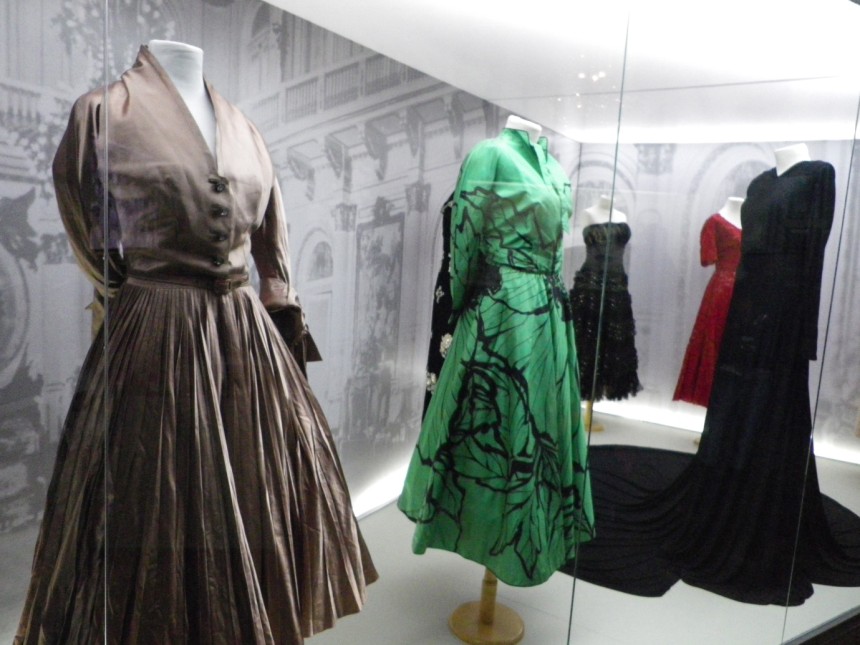 Towards the end of the Australian Labor Party’s twenty-three years in Federal opposition, its leader, Gough Whitlam, in an effort to get the party moving to more relevant policies, said: ‘Certainly the impotent are pure.’ Or as Evita sings in the musical: ‘Better to win by admitting my sin than to lose with a halo.’ Acknowledging those sins, and analysing the trade-offs, are more interesting than looking through glass cases at the dresses and hats of a saint.

2 thoughts on “What the Evita Museum didn’t say”