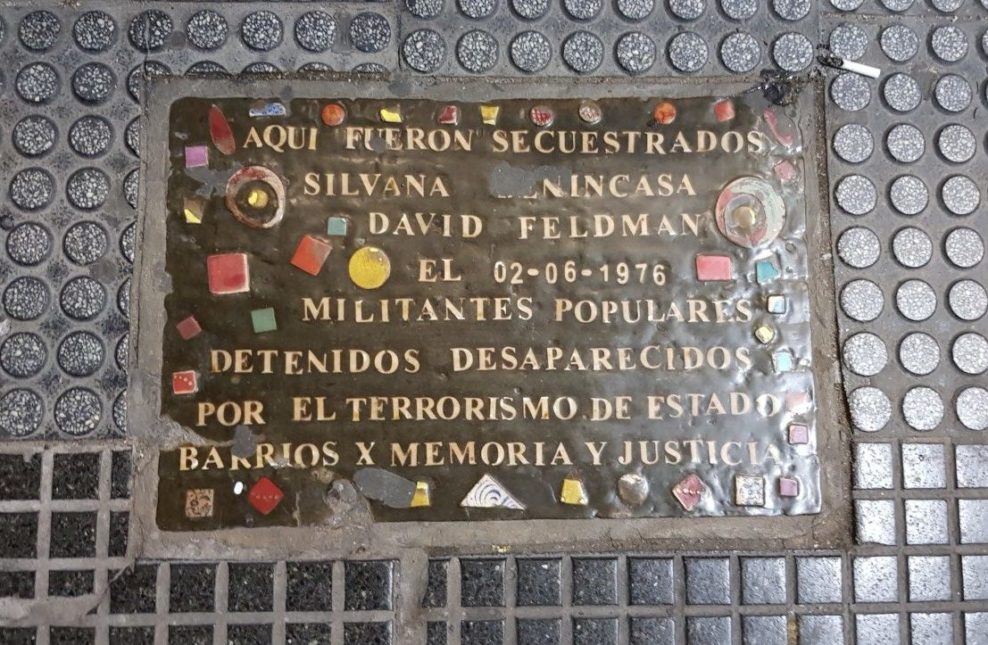 It was just over two months since the coup d’etat that saw the military take power.

Some Buenos Aires pavements have plaques like those above and below.

Six weeks after the Argentina won the World Cup final in Buenos Aires, Beatriz Leonor Perosio was taken away, eventually giving rise to this: 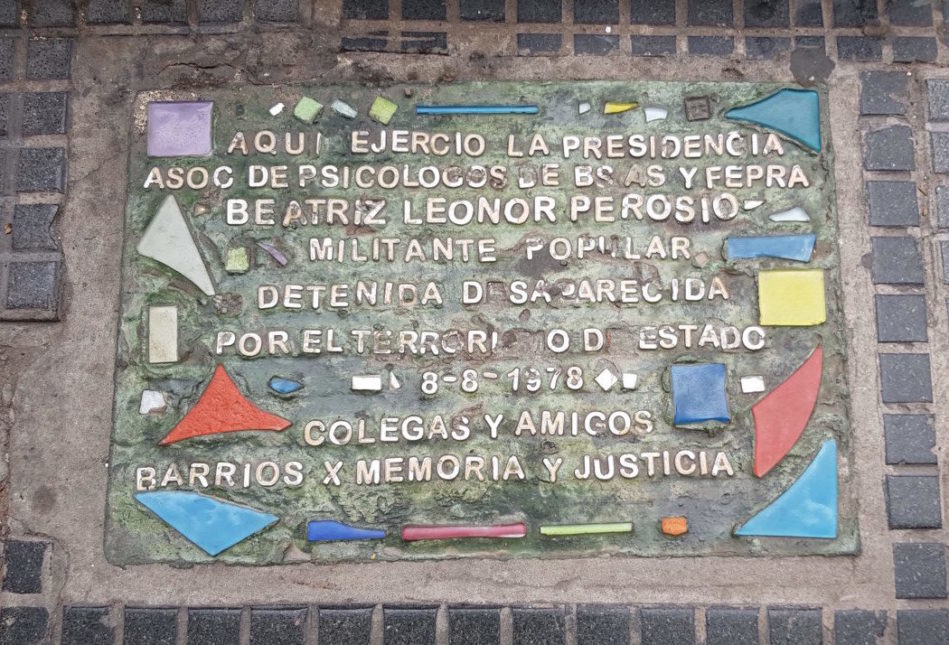 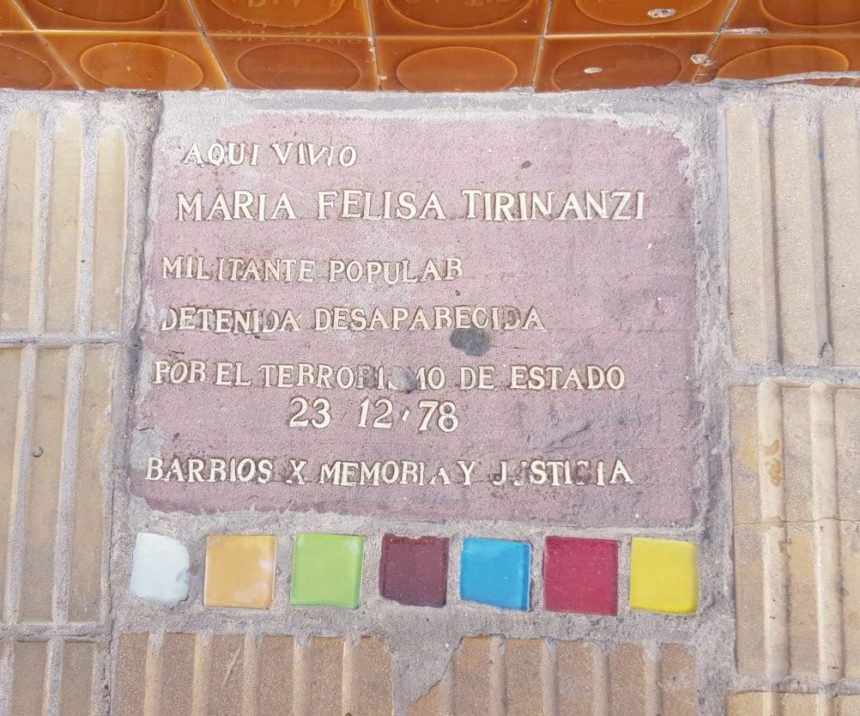