Sweet charity begins away from home 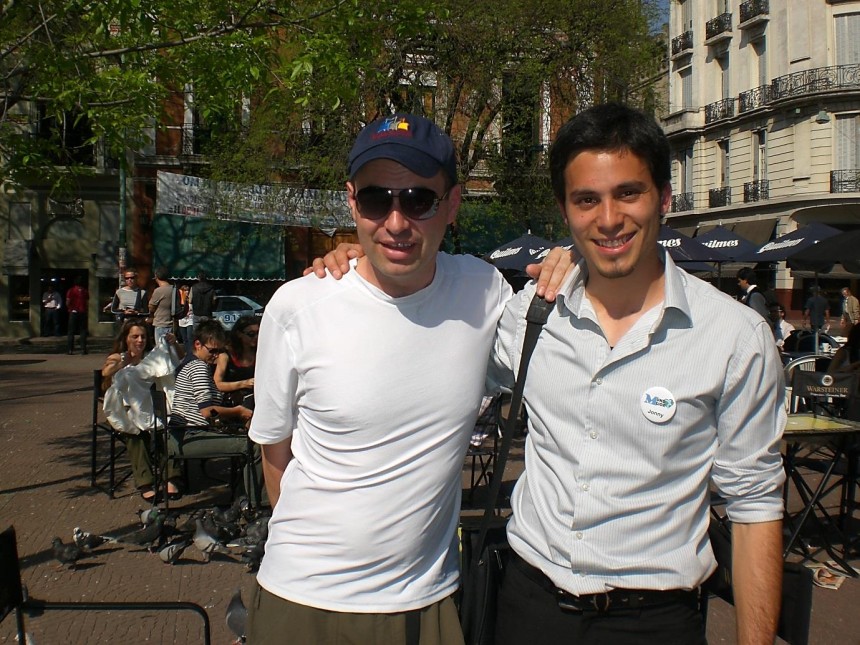 I don’t remember the cause for which this man was collecting money in a Buenos Aires square. But whatever it was, I didn’t need much persuading to contribute.

It’s not the greatest photo, as there’s a shadow over my face. But for some of you, my face may not be the main focus.

I’m looking a little younger than my age would suggest. That could be because this photo was taken eleven years and six Prime Ministers ago. Or should that be five Prime Ministers? Do you count Kevin Rudd twice?