I’m on a celebrity… Get me out of Milford Sound! 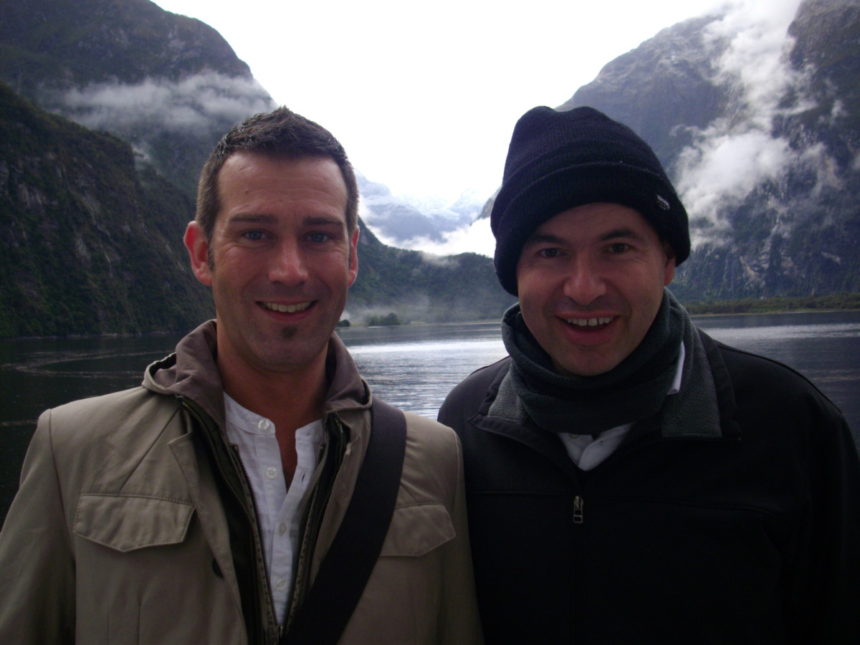 If Paula hadn’t asked me to her wedding, I probably never would have gone to Argentina.

I met Craig in Buenos Aires in 2007. The following year, said he wanted to take a cruise from Sydney to Auckland, and would I like to come?

The basic price for a mid-range cabin on the Celebrity Millennium wasn’t all that much. I suspect that the company made its money on the ‘extras’. 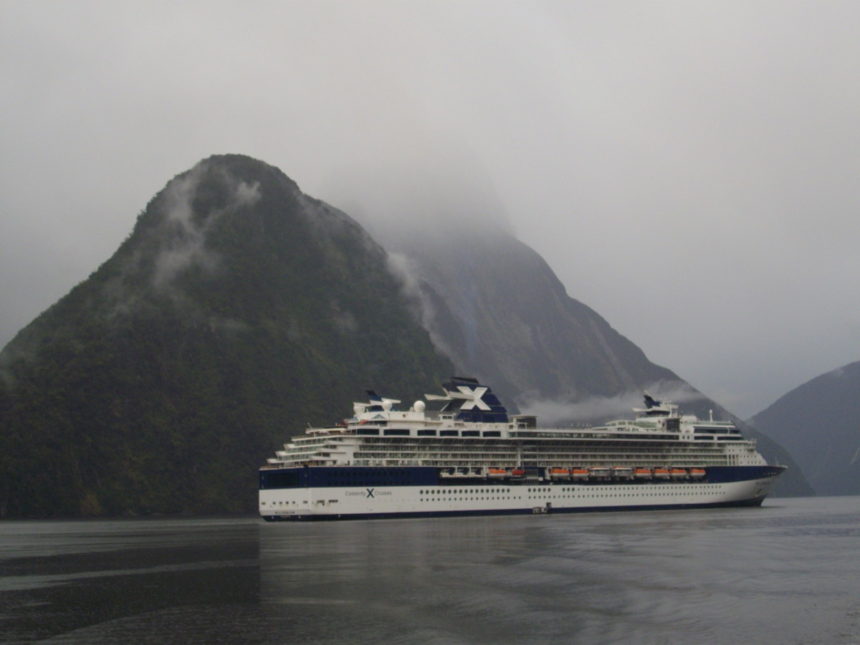 Sadly for them, I didn’t fill much of their coffers with my alcohol bill. What I lost at the casino, Craig’s winnings more than made up for on the Blackjack table. And I don’t think hairdressing was ever going to be a large component of my bill (though if I’d still been 17, it could and should have been – click here if you’re wondering why!).

They made some money when I did a seaweed wrap. (I think they told me it’d make me thinner, a not unimportant consideration after all the food they had on-board). But where they really made it was on the optional onshore excursions, particularly when I paid in US dollars, just after the Australian dollar had crashed. (I never got that. The US caused a GFC and it was my currency that went down? I know it recovered, but still ….)

The first and best of these jaunts was when we got off the ship at Milford Sound. While it rounded the south of New Zealand, Craig and I, along with about 30 others, took a two-day bus tour to Queenstown, getting back on in Dunedin.

But I’m getting ahead of myself. Milford Sound was one of those places I was expected to think – oh my goodness, it’s wonderful – and it was. 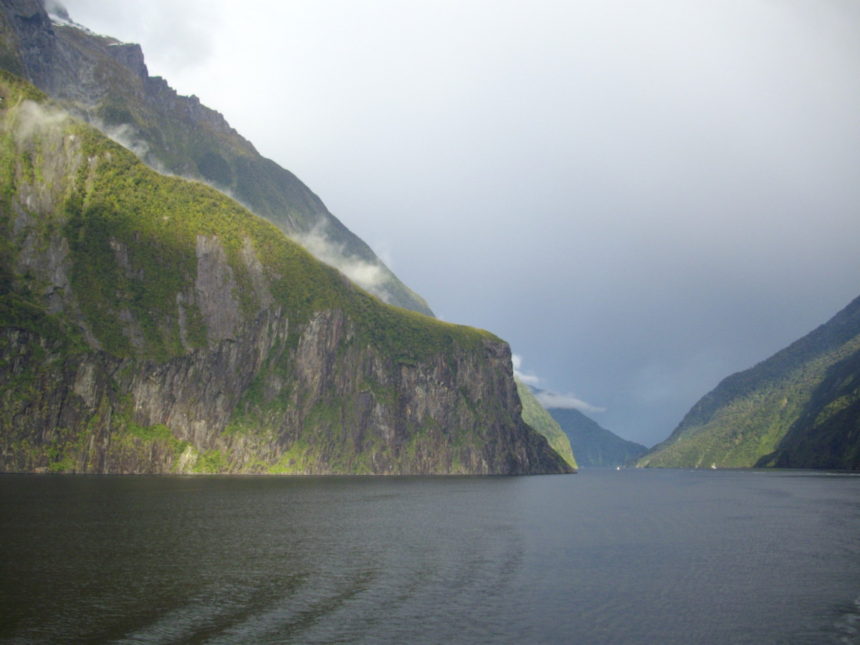 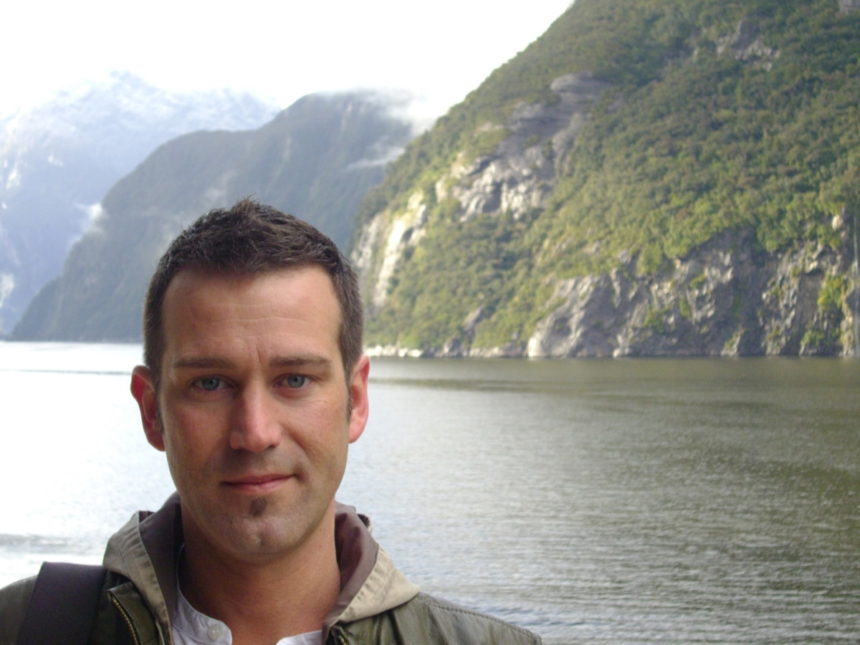