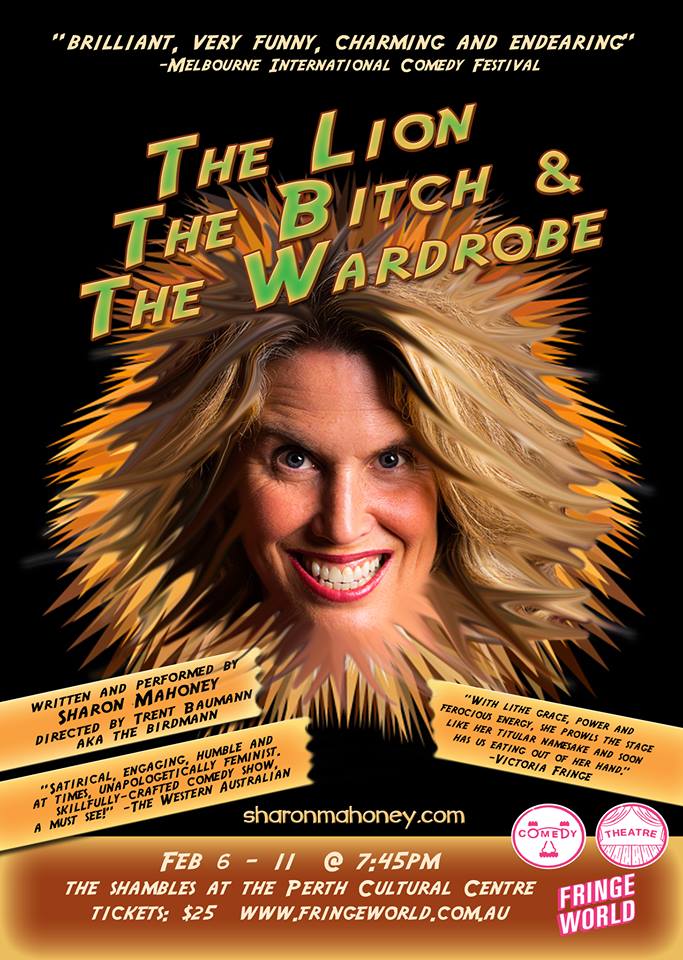 The Fringe World website suggests that you see a random show.

Which is what I did one Monday night at Fringe World 2015.

I’d just seen a magic show and was going to a comedy act at a pub, but that wasn’t starting for an hour and three-quarters. I picked The Lion, The Bitch and the Wardrobe to fill in the time, because it was running in a pop-up venue close by. I had no idea what it was about, though the image of Canadian performer Sharon Mahoney clawing with her right hand was both simple and striking. 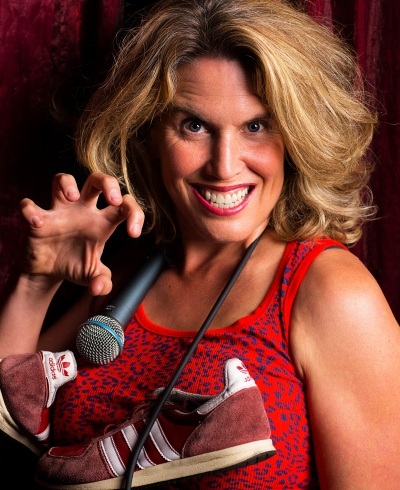 More than any of the 55 other things I saw that festival, this show made me think. A year later, I’m still thinking.

Mental illness is not the most usual of comedy subjects. It worked because of Sharon’s intelligence, thoughtfulness, life experience and skill at bonding the audience members with her and each other. Robin Williams had only recently died, which made it particularly poignant, but it didn’t need to be topical to resonate.

She’s putting it on again. If you go, it will challenge you.

And for outright fun, there’s Sharon Mahoney’s outdoor show. Some of you may remember a brassy Canadian woman in a red and white tracksuit and eighties glasses in The Pleasure Garden on the final weekend of Fringe World 2015. 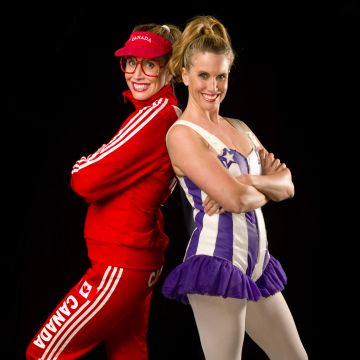 I saw Sharon from Canada presents; Tallulah a couple of times and gee, she’s good! She started with just a few people in a circle, but after half an hour, there were 100? 200? who could have been chatting or buying drinks or reading books or eating pancakes or going to the Box Office … but they were all drawn in … little children, their Dads, twentysomethings, middle-aged mothers, my accountant…

Sharon’s outdoor show was a late entry to Fringe World 2015, so it wasn’t eligible for awards, but this year it is, and will be a serious contender. Indeed, both shows deserve to do well.

Did I tell you that she’s also a fun and friendly person to chat with afterwards?

The Lion, The Bitch and the Wardrobe runs from 6 to 11 February 2016 at The Shambles, a new pop-up venue in the Cultural Centre.

Sharon from Canada presents; Tallulah is on for 20 of the 31 nights of the festival, usually twice or three times a night, and is free!

PS – I also did the random thing on my first day at the Edinburgh Fringe, as you’ll find out later this month in a post I’m writing about a lake in the south of Argentina. It’s a testament to my great genius that I can connect two such disparate things. Or not.