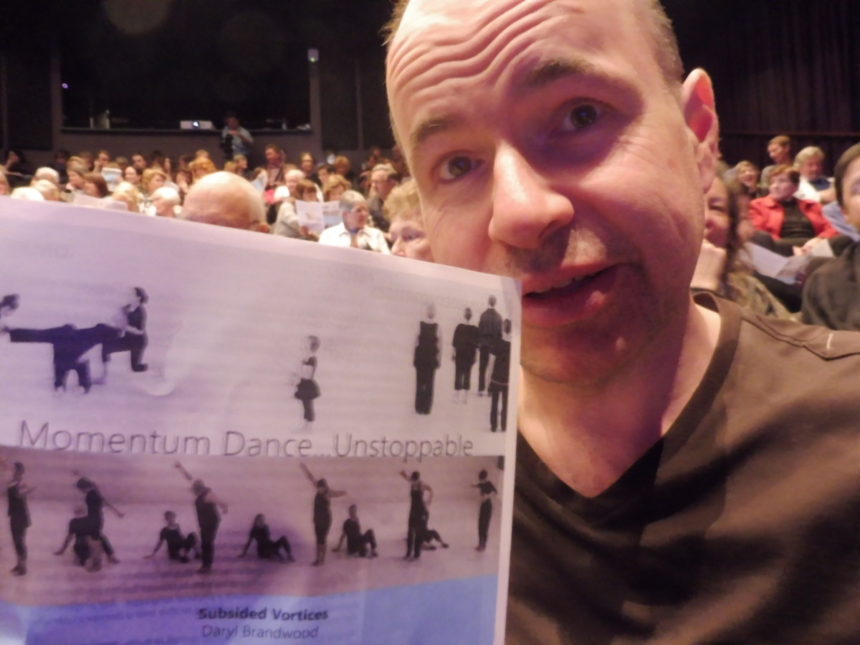 Given that I’m over 40, I’d like to think that 35 isn’t too old to win Wimbledon, so I’m glad Roger Federer recently proved this. He didn’t even lose a set, which makes me hope that they’ll soon have a 37 or 38-year-old champion. Martina Navratilova won the US Open mixed doubles when she was 49. And I’ve just been watching footage of Test cricketer Brian Close, who at the age of 45 made a half-century against a ferocious West Indian bowling attack – in the days before batsmen wore helmets.

But dancers in their fifties and sixties?

Well, I saw some on Saturday at Unstoppable: described as an ‘ambitious triple bill choreography for life-long dancers’, staged by Momentum Dance.

I can actually say, without too much of lie, that I have danced professionally. It involved me bootscooting to ‘Climb Ev’ry Mountain’ earlier this year during my one-man show The Sound of a Social Climbing Nun. I cut it after the first preview.

I enjoyed the 1977 movie The Turning Point, about two old rival ballerinas, but more for Mikhail Baryshnikov’s bare chest and the cat-fight scene in the car park between Anne Bancroft and Shirley MacLaine. My friend JJ bought us tickets to a performance at The Lincoln Center in New York City, which I liked, despite bladder issues arising from too many home-made daiquiris, but even then, I preferred seeing The King & I in the same complex the week before. 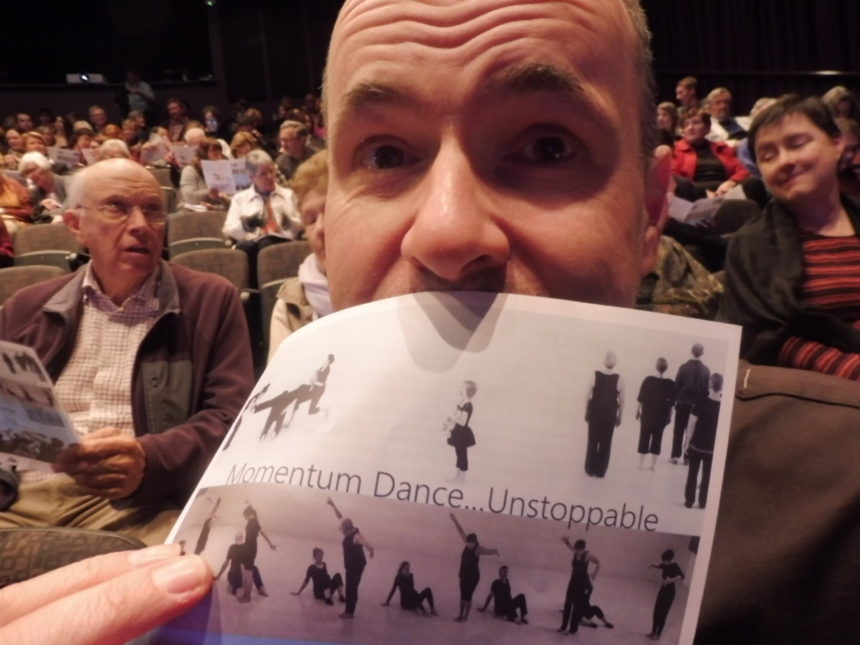 What I’m saying is that I’m not the likeliest person to go a dancing show. I went in part because I knew one of the performers – Ronnie Van den Burgh. He’d seen me in The Sound of a Social Climbing Nun (though mercifully for him, not the night I bootscooted).

But even I found plenty to appreciate. Daryl Brandwood, who last year was nominated for a Helpmann Award, choreographed one of the pieces. The poise and grace of the performers, honed over many years, was still there.

Interspersed were videos where every performer talked about how they got into dance and the role it’s played in their lives, through studies, marriages, children and career changes. The love and support they have for each other shone through in both their stories and their work on stage.