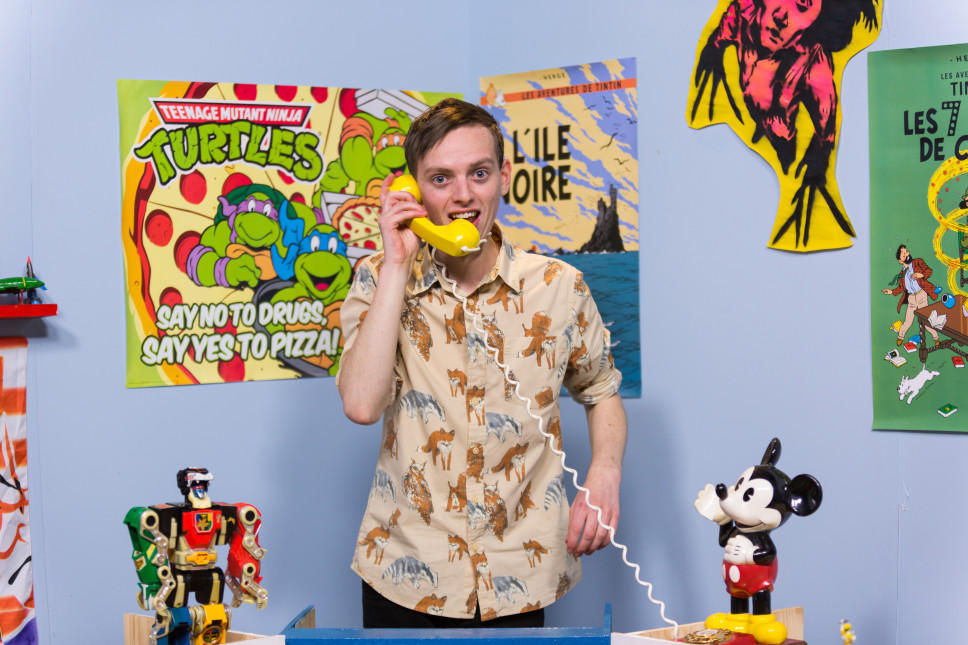 When I saw Facty Fact at Fringe World 2015, it was the 21st show I’d been to that year, but his Google images match game provided only the second time I spontaneously and uncontrollably burst into laughter, for reasons that are not appropriate to write in a wholesome blog such as mine.

Dave Warneke is the quirkiest of all the Fringe performers I’ve seen, and I’ve seen 100-odd events at the world’s three biggest Fringe festivals.

He’s also the best at incorporating computer technology into his act. In last year’s Dave Warneke Dates the Entire Audience, audience members used their handheld devices to vote on what he should do.

But it’s not all about him. In Facty Fact, Dave always has guest comedians and gives them lots of chances to clown around.

This is not a family show, but a naughty late night pleasure, though he’s doing some early performances as well.

Facty Fact starts on 4 February 2016 at The Noodle Palace in Northbridge. There are also shows at Midlandia.