A great time … just in time 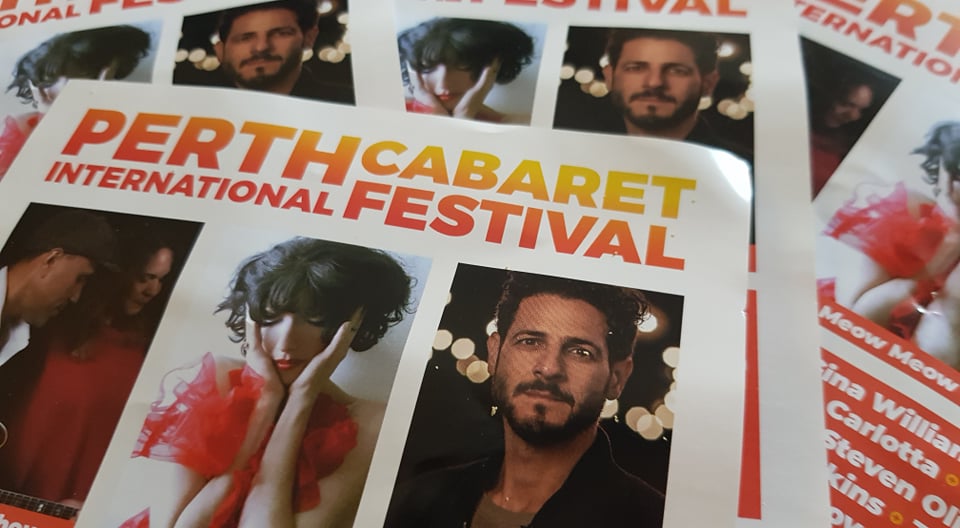 Yesterday, I went to two events at the Perth International Cabaret Festival.

The first was a free workshop by Michael Griffiths and Amelia Ryan. I got to perform one of the songs that I sang in The Sound of a Social Climbing Nun (my revisionist take on ‘Edelweiss’). I was a tad nervous because Michael and Amelia are experienced professionals, and most of the other participants were music students in their twenties – not the target demographic for my shows. But I got so many smiles and laughs … it gave me a boost of confidence when I needed it, and gave me some tips about what I might do next.

The other person who got up to sing grew up a block away from me in Cannington, and was the sister of a former workmate. Typical and delightful Perth!

In the evening, I went to the festival finale, which was to have featured Meow Meow, but she couldn’t come because of COVID travel restrictions. Instead, Michael and Amelia were two of a great mix of performers, which also included Carlotta, who insists she’s retiring. (I hope she doesn’t.)

When I got home, I called my American friend JJ and said – who’d have thought that Perth would have more live theatre than New York City? I said it wouldn’t last, as I knew that theatres were due to re-open over there soon, but it didn’t even last another 24 hours. Today, Perth is joining more of Australia with a new set of COVID restrictions.

I’m glad that my city has people willing to take the risk of putting on live shows, knowing that they could be cancelled or postponed. It’s helping me get through this difficult time.