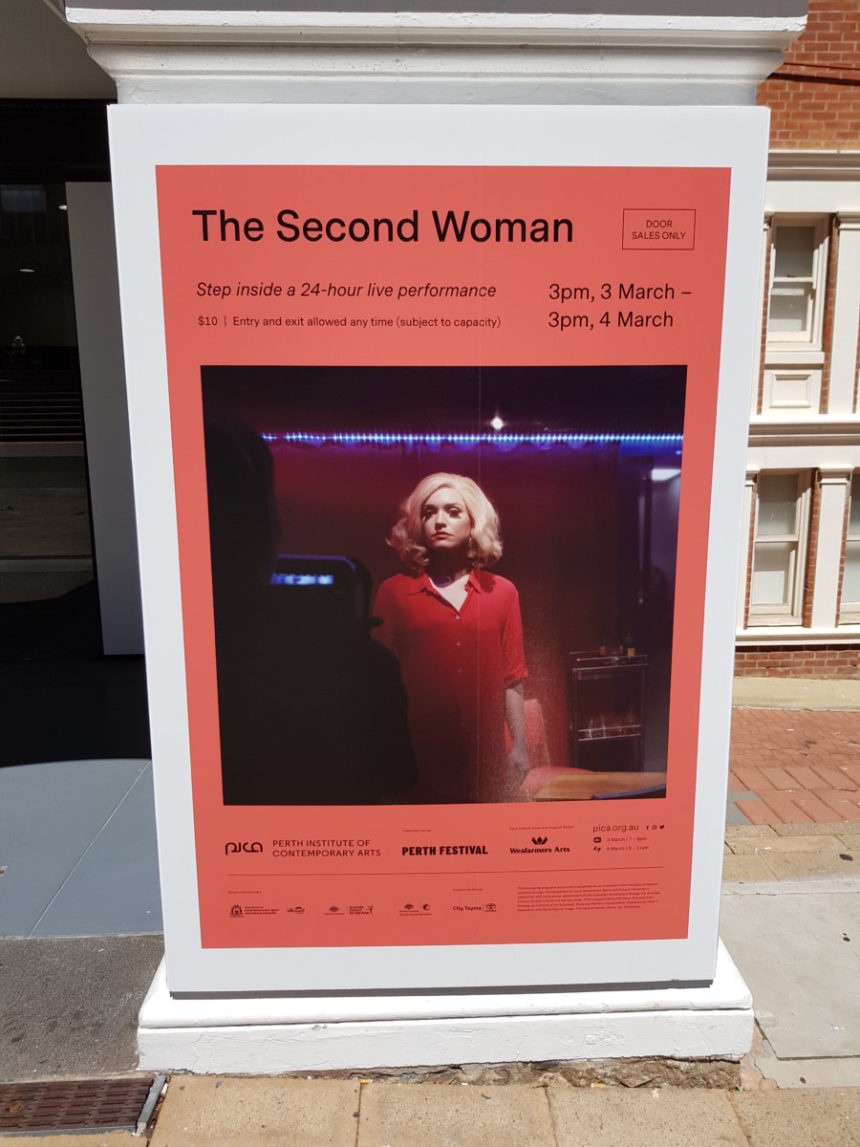 This year, in Perth, I’ve seen the slogan telling us to ‘forget boring’. Well, I forgot it last night at PICA when I saw ‘The Second Woman’. Not all of it, as it involved the same actress doing the same ten-minute scene 100 times with 100 different men, over the course of 24 hours.

After a while, I found it was like eating a box of chocolates. Instead of eating only one more, and then another, it was a case of – I’ll stay for one more, and that’s it … and one more became five more, and then some. Would she throw the Chinese takeaway at the guy? What would the guy say he was thinking? How would the dance work?

And soon it was nearly 7 am.

I spoke to one of the male performers afterwards. He’d only told one other person he was doing it (unlike another, who had a cheer squad with him), and he’d been very nervous. He was not a professional actor, and felt a bit inadequate when he stuck around and saw a professional actor do it.  But he said he’d perform something like that again. Good for him!

I tried going back later in the day, but the queue was long again.

The live theatre needs innovation to survive, and this has it in spades.