A model town with rosary beads on a subway 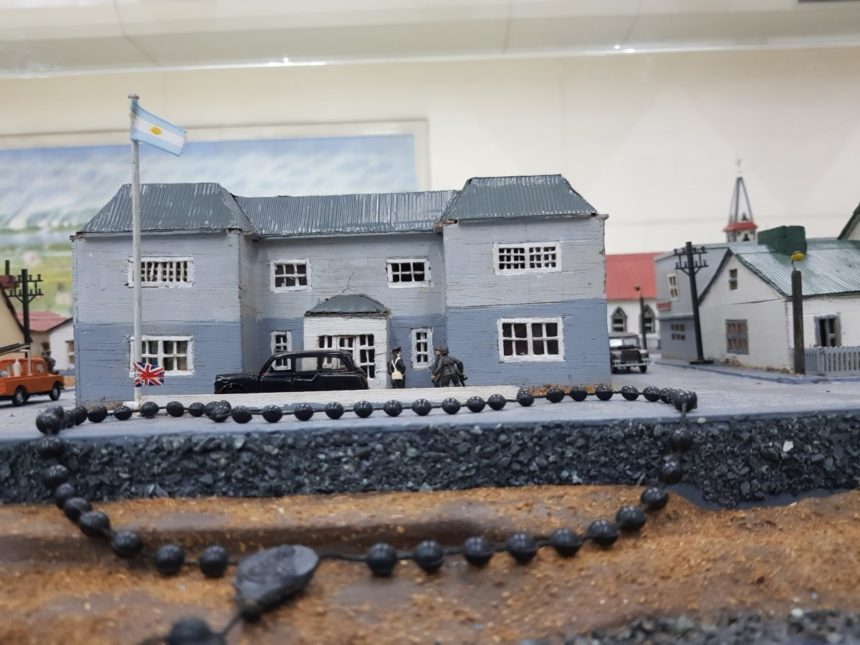 In Argentina, the Falkland Islands are called Las Malvinas; their capital is Puerto Argentino (Argentine Port) rather than Stanley. 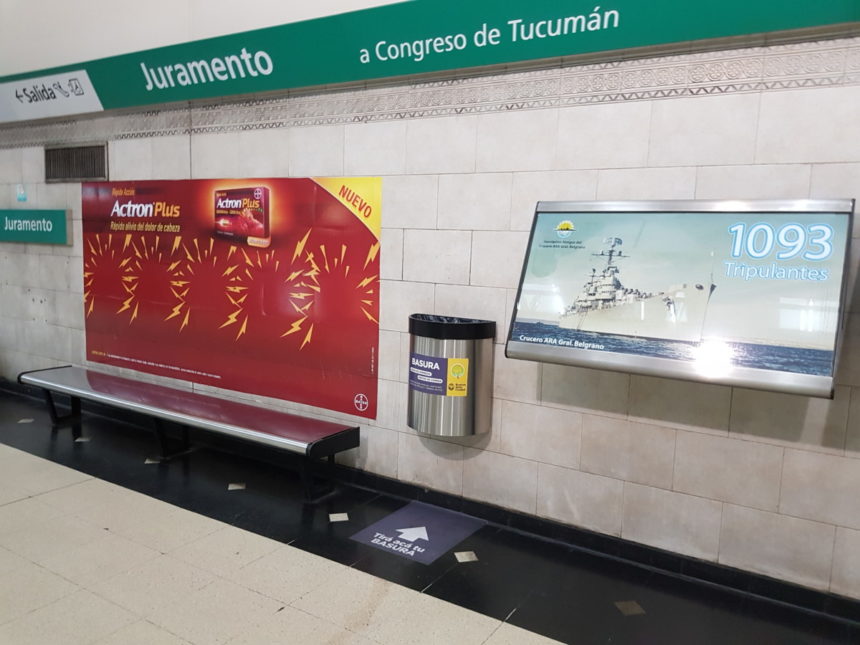 The Buenos Aires subway station of Juramento (the Spanish word for oath) has a cabinet with a model of Puerto Argentino during the 1982 war over the islands. Plus a set of rosary beads. 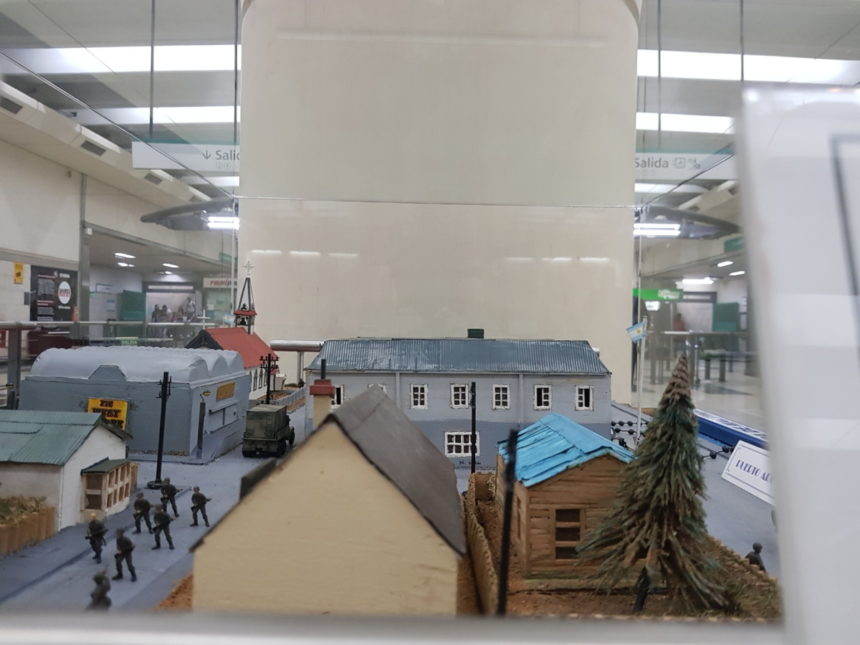 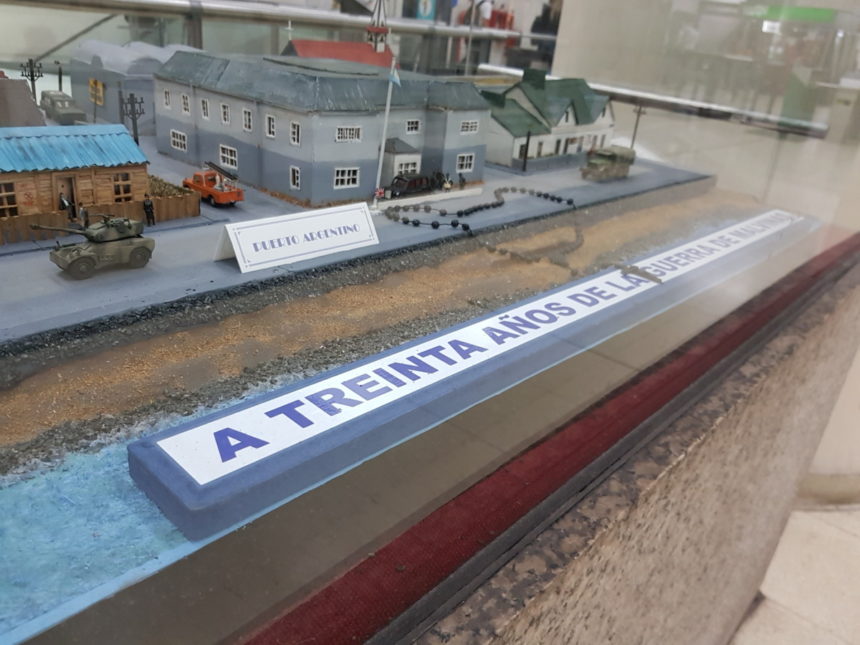 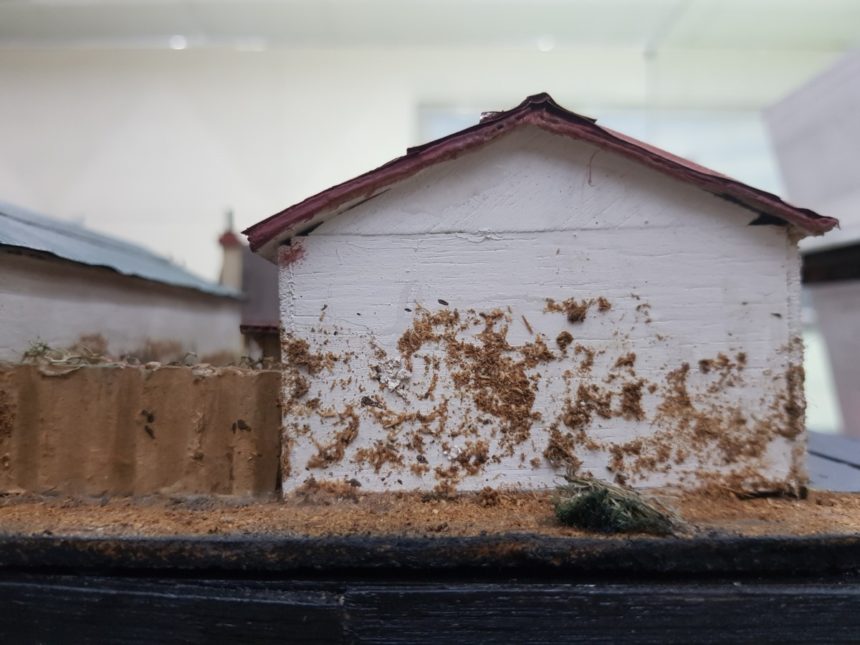 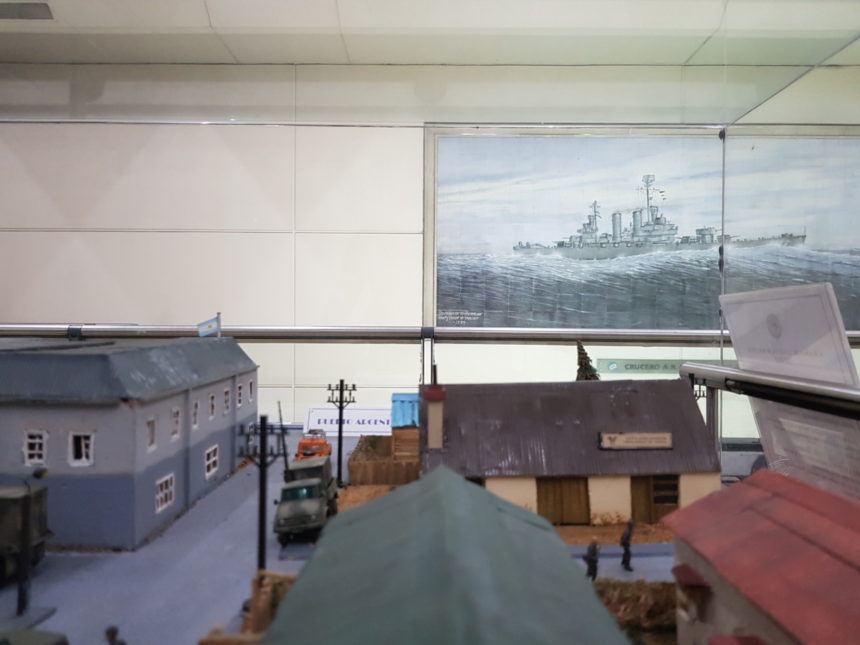 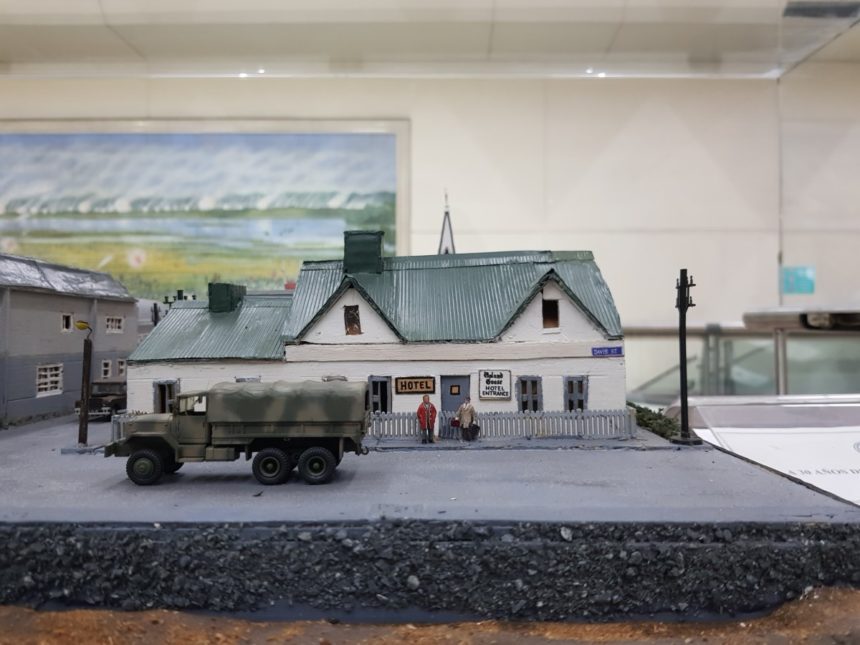 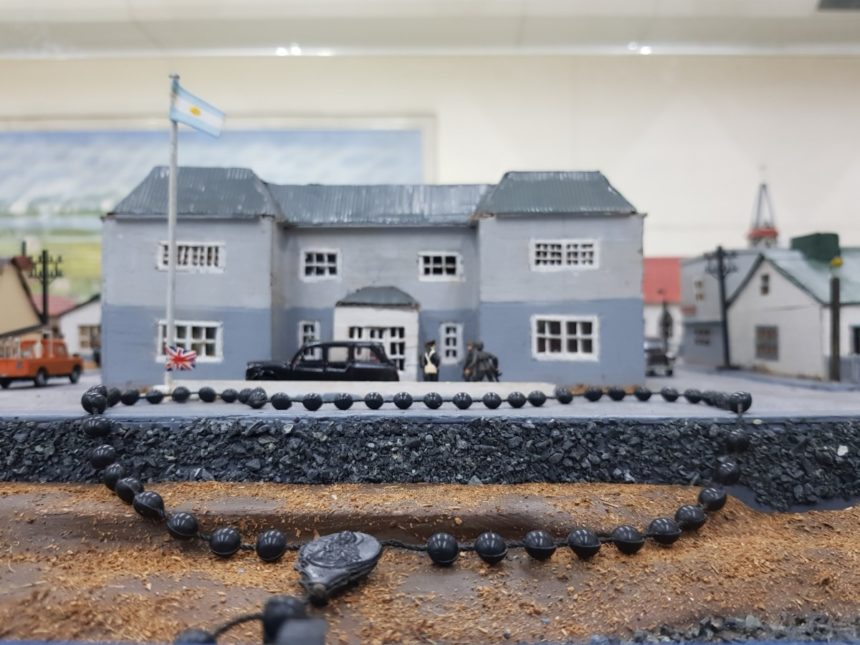 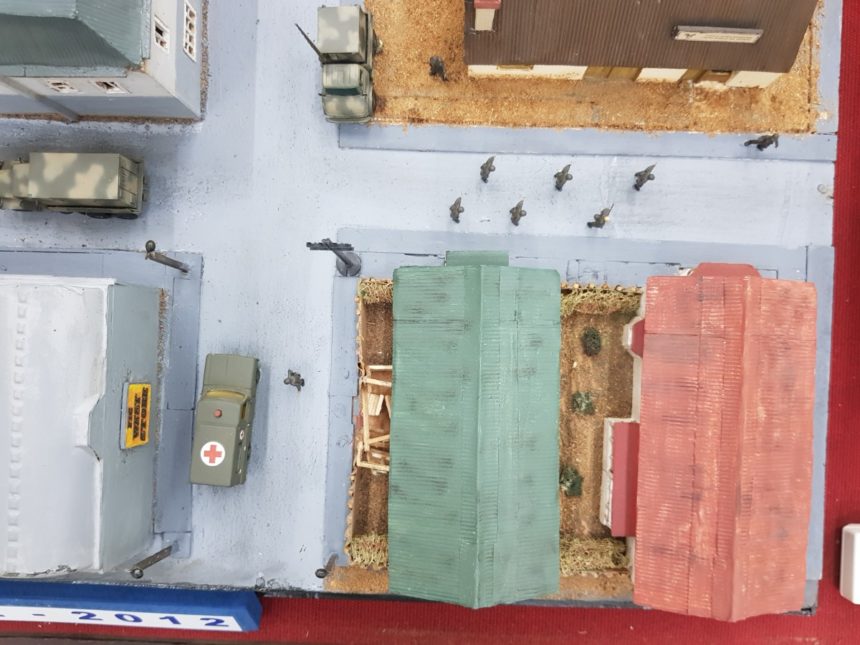 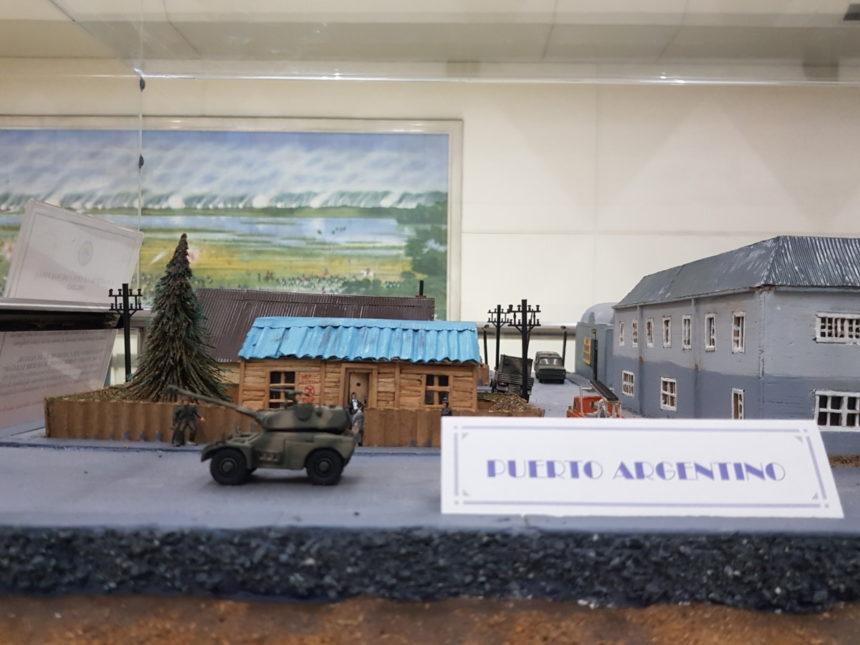 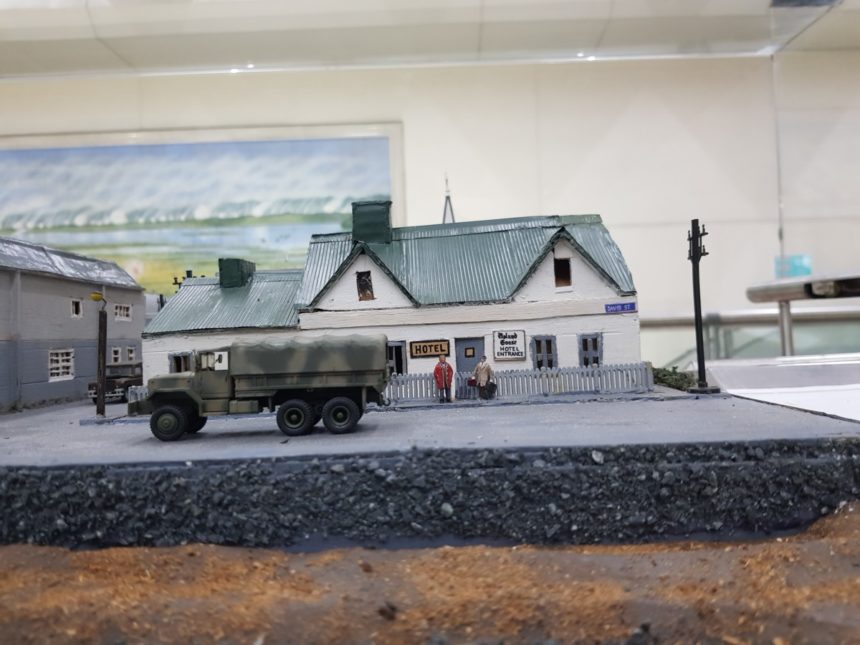