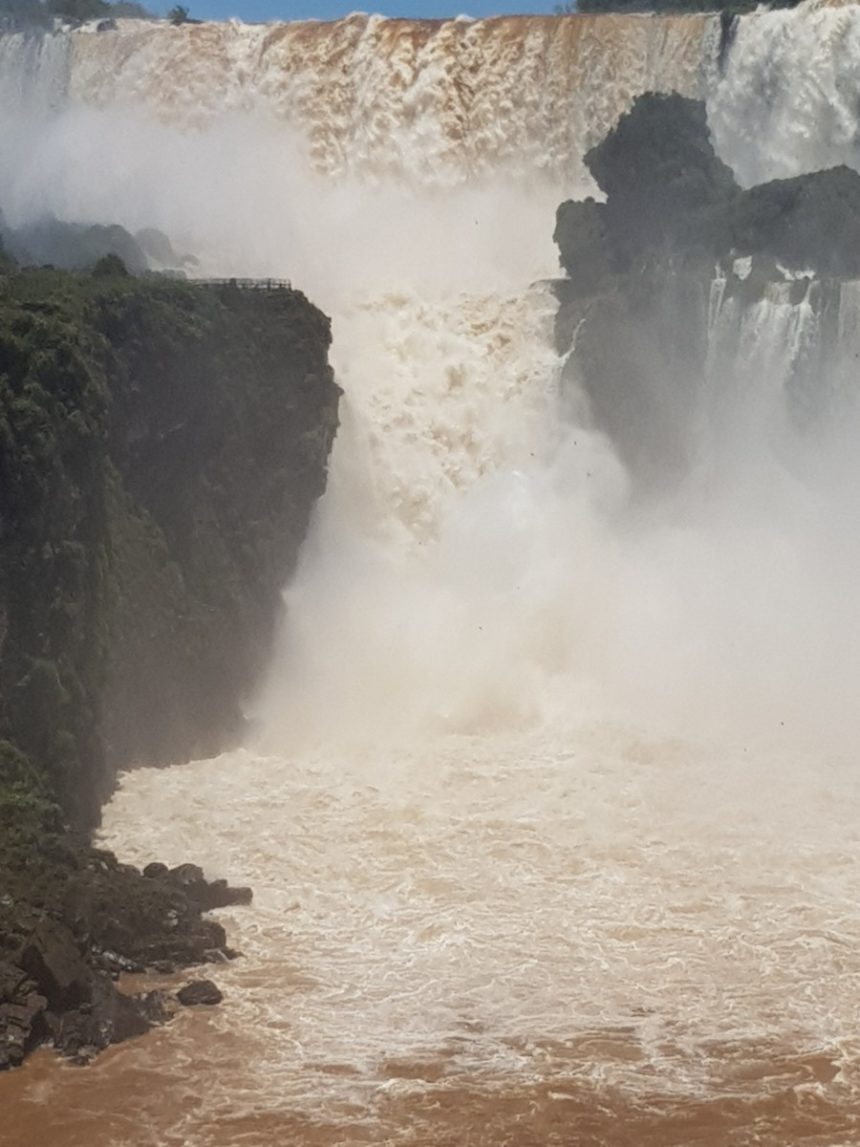 ‘It was a toss up whether I go in for diamonds or sing in the choir. The choir lost.’

I thought about this when I booked last week’s trip to Iguazu Falls. 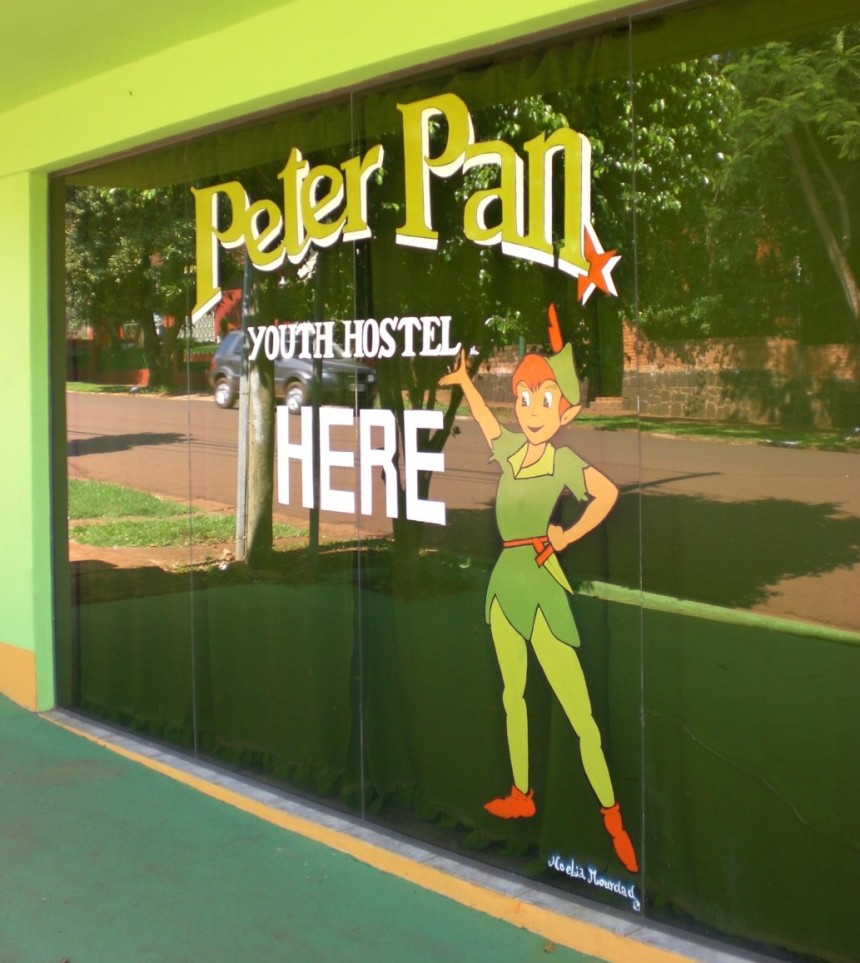 … or spend two nights in the national park at the Sheraton Iguazu Spa and Resort.

If I’d been travelling by myself, it would’ve won (honest). I’d been there three times in the past. It was sociable, close to the bus station and lots of eating places, had a good pool and may have been a tad cheaper. 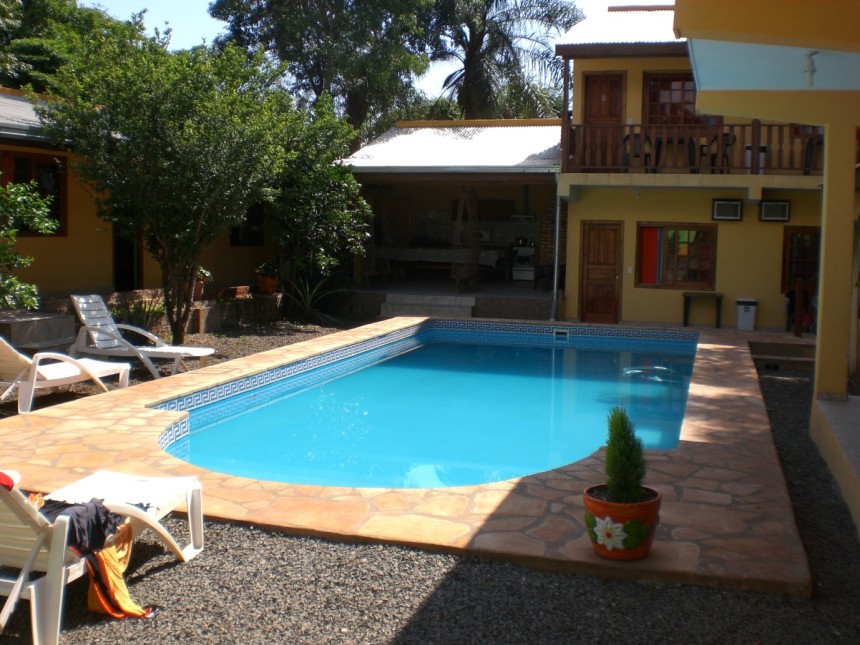 But I was with my friend JJ, so I sold out to what I thought was American capitalism, only to find that the Spanish chain of hotels called the Meliá had recently taken over the Sheraton at Iguazu.

It really shouldn’t have been there, as it wasn’t the prettiest of buildings. 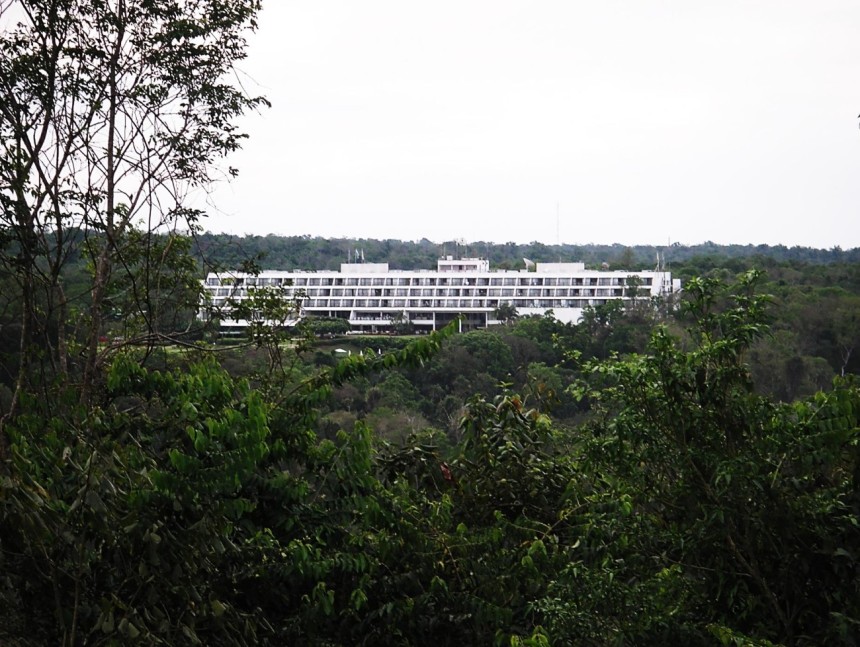 But when I was in it, I didn’t have to look at it. 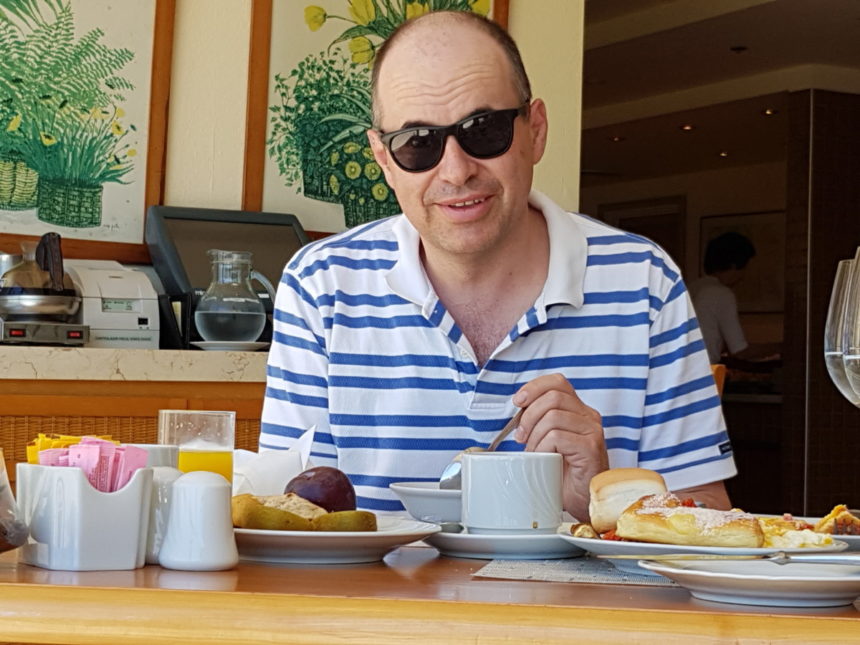 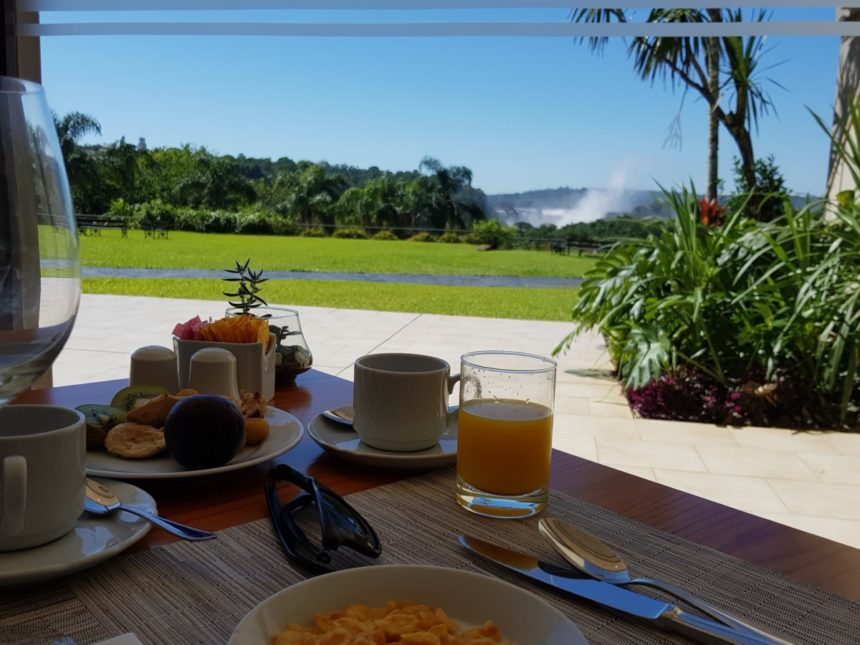 … and this from the lawn outside … 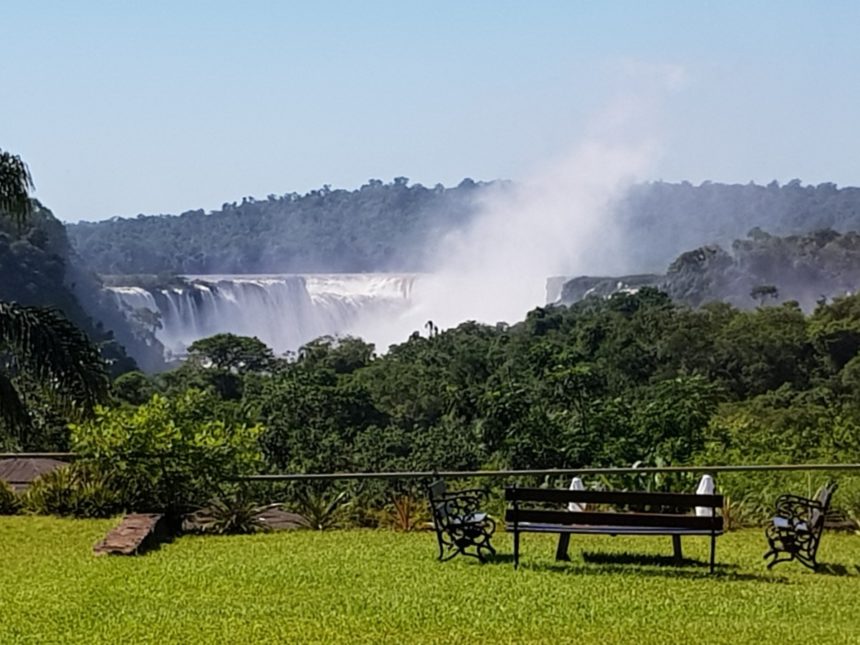 … and it took me less than half an hour to walk to here: 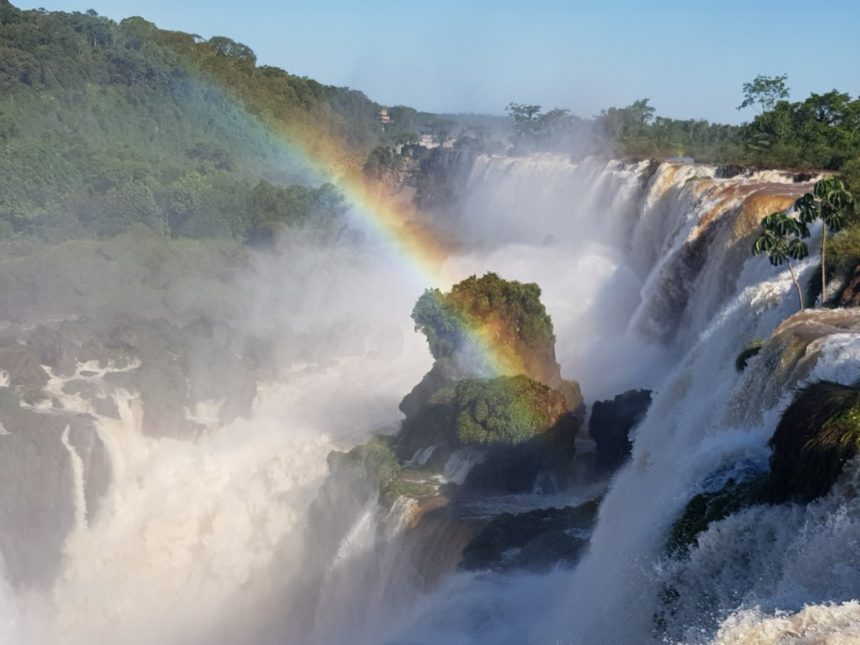