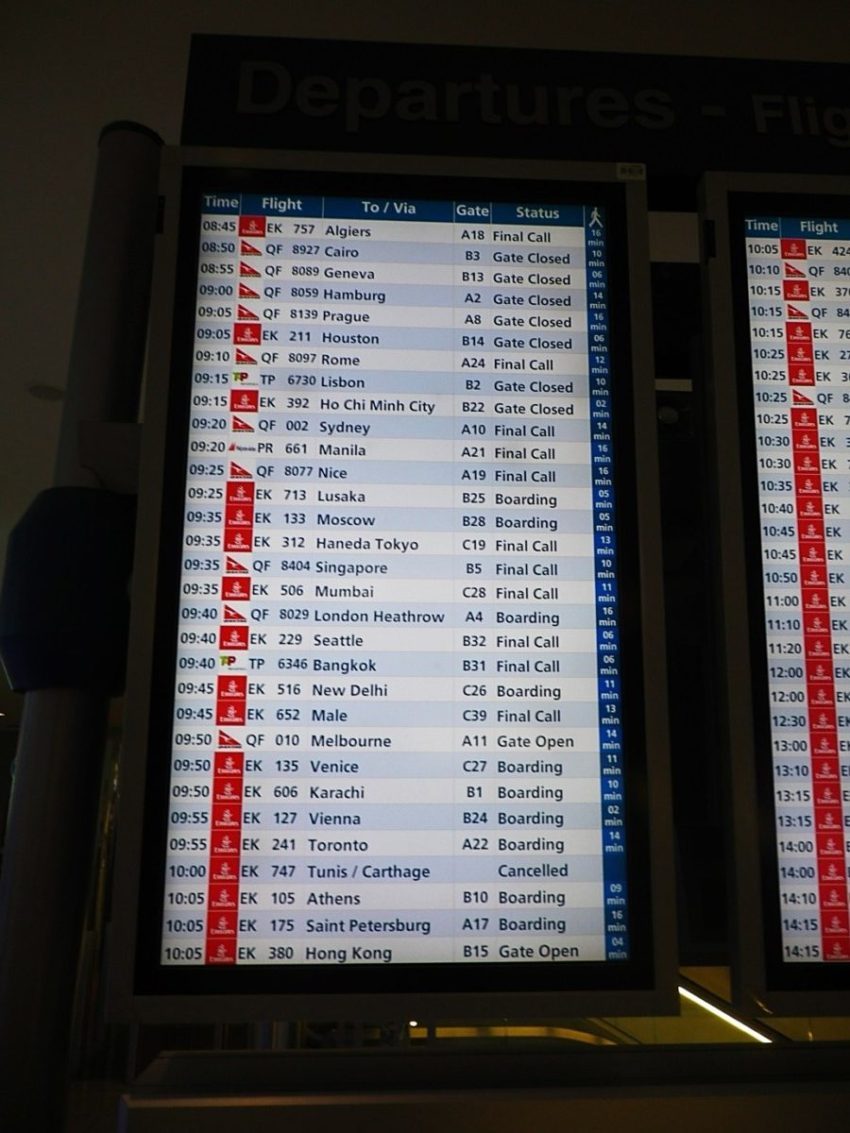 This is a typical departure list at Dubai International Airport.

Okay, it ‘only’ has cities on five different continents above. There’s no South America, but in January 2013, I passed through Dubai on the way from Perth to Buenos Aires. Hardly the most direct route, but it didn’t cost me that much over $2,000 return.

When I looked at Qantas, I thought, that’s okay, it’s pretty much the same … but that was only one way! January was peak time for going direct from Australia to South America.

Since then, Air New Zealand have entered the market. I’ll tell you how it goes when I take them this November.

The hotel was a bit overpriced, and I didn’t sleep all that much, but I jumped the security queues in Dubai, didn’t have to go through immigration there, didn’t have to sleep on the planes (though I nodded off a little on the first flight), and didn’t have jetlag in London (though I had some when I got home). It was much, much cheaper than upgrading to Business Class.

Since then, they’ve changed the schedules, but my point is that sometimes there are little ways to make long-haul flights more comfortable without paying three times an Economy air fare.