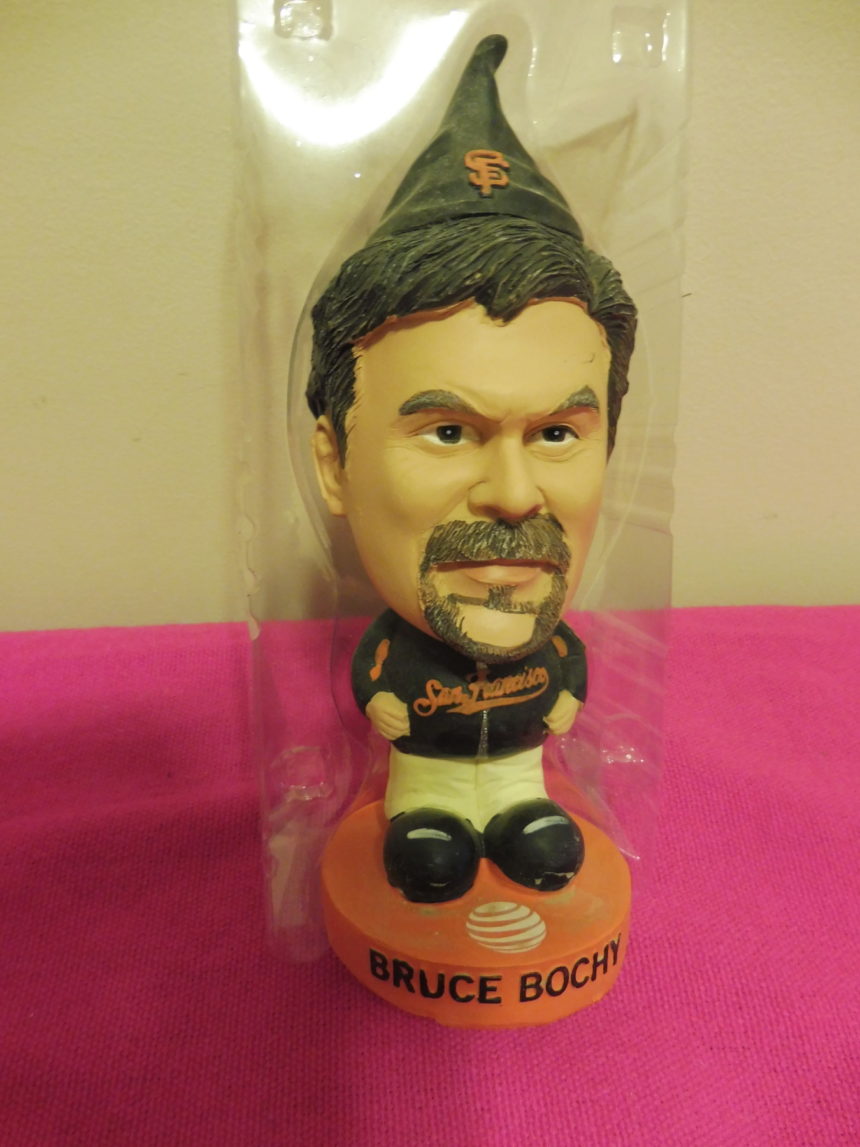 If you want job security, being an Australian Football League coach is probably not for you. I suspected that the same applied to baseball managers in the United States. To test this theory, I did a Google search of baseball manager fired and got 23.4 million results.

I was going through some drafts, found this photo of a souvenir from my last trip to the United States and found out that Bruce Bochy has just retired as the coach of the San Francisco Giants after thirteen years in the job and twelve years with the San Diego Padres before that.

Early in his career, I admired Sachin Tendulkar because he was such a talented cricketer. Twenty years on, I thought far more of him because he was still there, still making runs, still forcing the issue, long after his teammates and rivals had been given their final raised finger.

I don’t know that much about baseball (though more than the average San Franciscan knows about cricket), but I do understand a survivor. Enjoy your retirement, Bruce Bochy.