Tales of San Francisco – Or nowadays would it have to be Detroit? 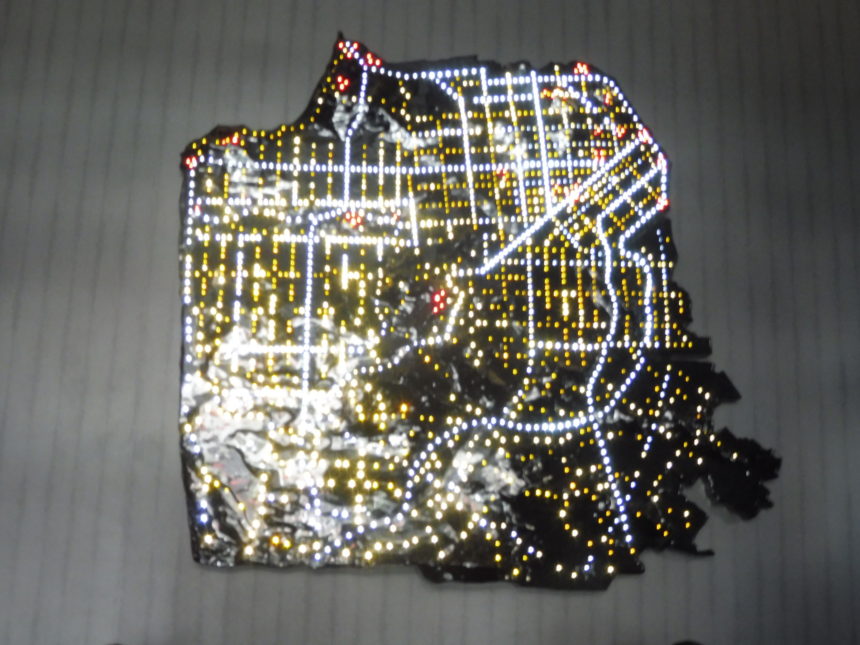 This map of San Francisco is in the foyer of the W Hotel – not a place for the budget traveller, but then again, very little in that city is!

When I was there last year, my backpacker accommodation cost me more than I’d pay for a mid-range (or better) hotel in most cities.

Which was about 360 Australian dollars.

On the last evening, they left me an envelope for a tip…

It was worth every nickel and then some, because my weekend there was one of the best I’ve ever had, for reasons which are partly (though not totally) unprintable in a family-friendly blog. But I was lucky I could afford it.

The first book in the Tales of the City series had Mary Ann Singleton living alone on a secretary’s wage in 1976. Nowadays, she could only do that in Tales of a Different City. Detroit, perhaps.

Though laundromats are cheaper in San Francisco than in Perth.