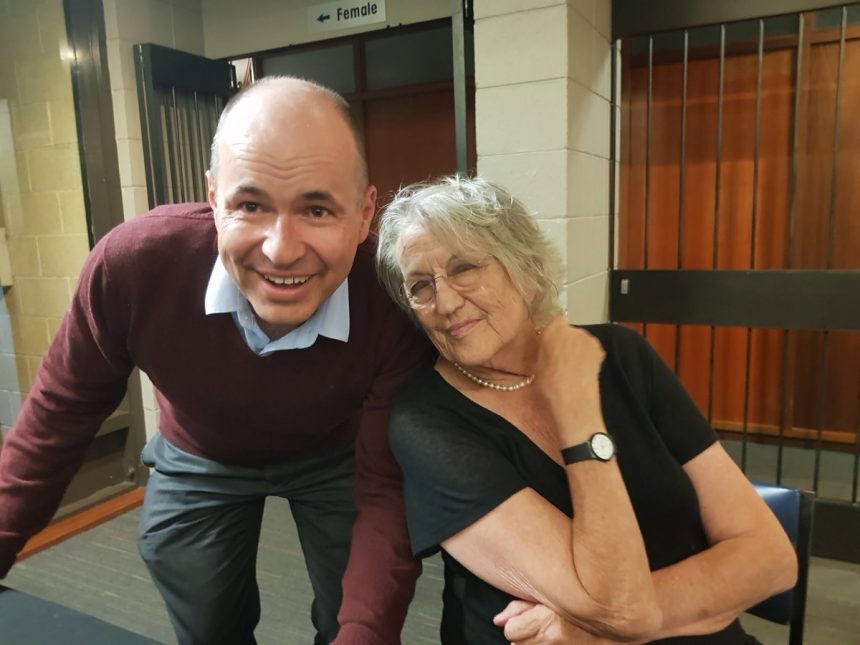 Germaine Greer was born before the start of World War Two. Which means that she’s about to turn eighty. 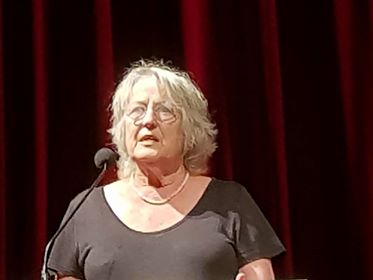 Yesterday, she flew across the country to speak, for an hour, without notes, at the University of Western Australia. 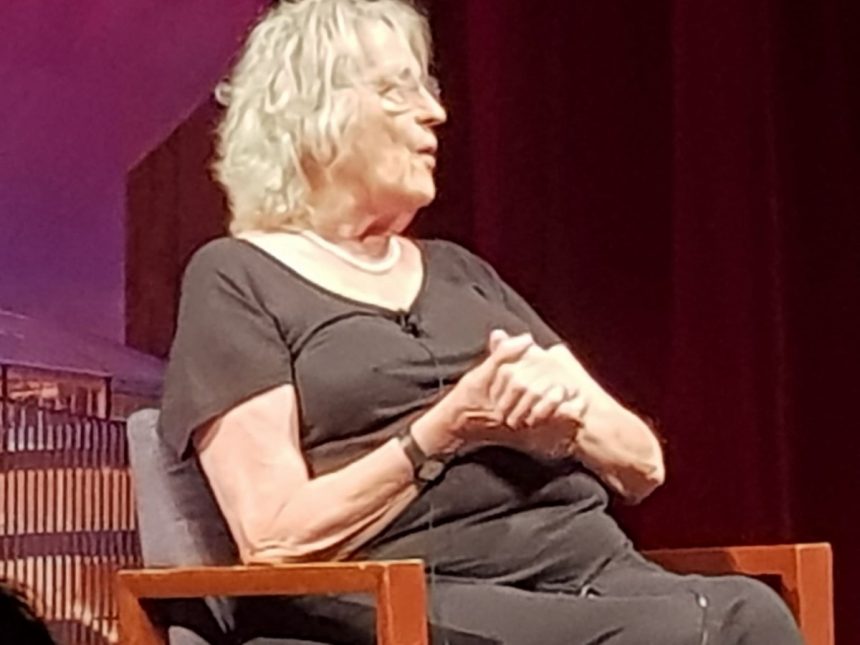 And spent the next two hours and twenty minutes signing books, posing for photos and talking to her fans.

Being a Perth thing, I spotted a friend – Cynthia. We sat together in the theatre and afterwards wanted to meet her, but the queue was so long, we went outside for a drink first. 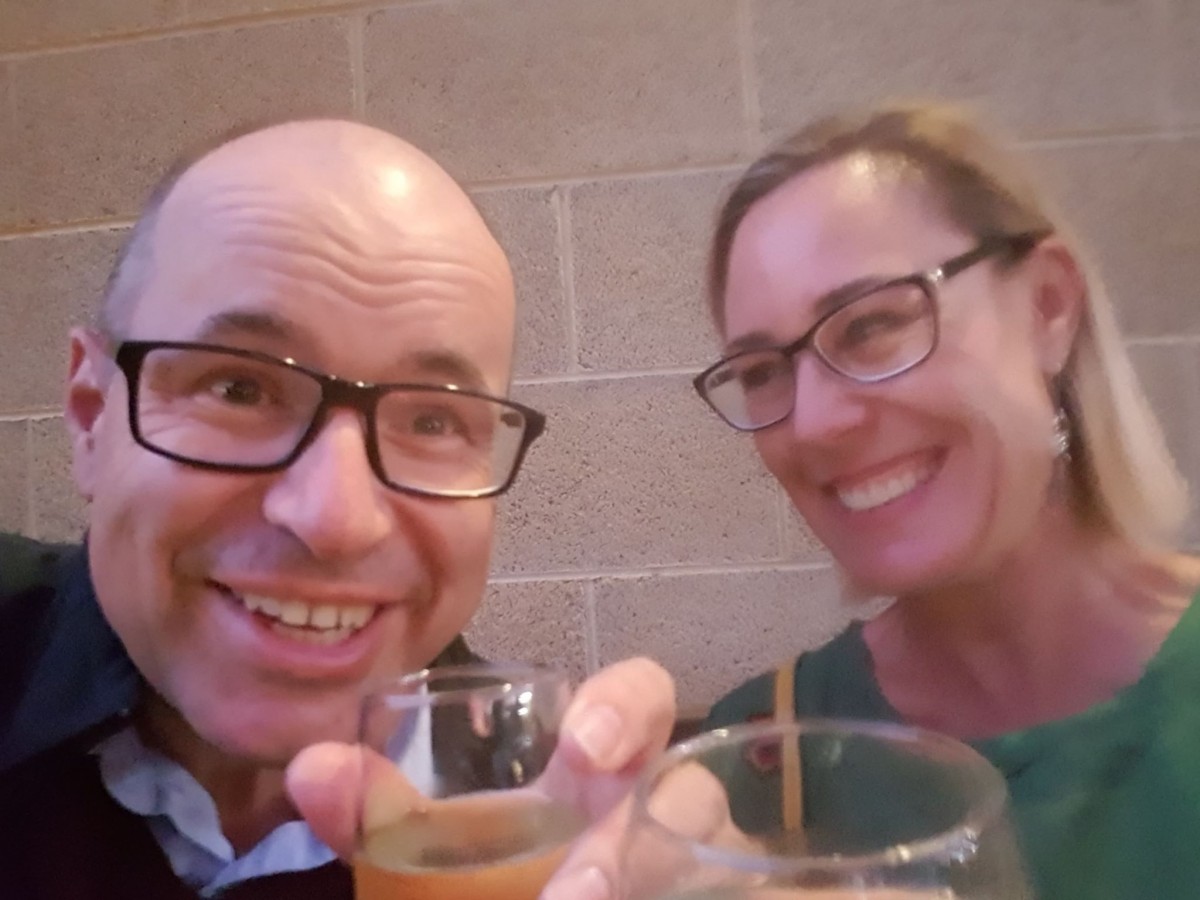 We eventually stood at the back of the line, talking to another mother and her school friend, chatting about my recent show and trying to work out what to say when it was our turn. At one point, Dr Greer apologised for taking so long, but we were having fun, and happy to see how interested she was in all of us, and how eager to chat.

Five years ago, I spent $500 to spend 45 seconds with Julie Andrews. Last night, Cynthia and I got five minutes, maybe more, with Germaine Greer for free. 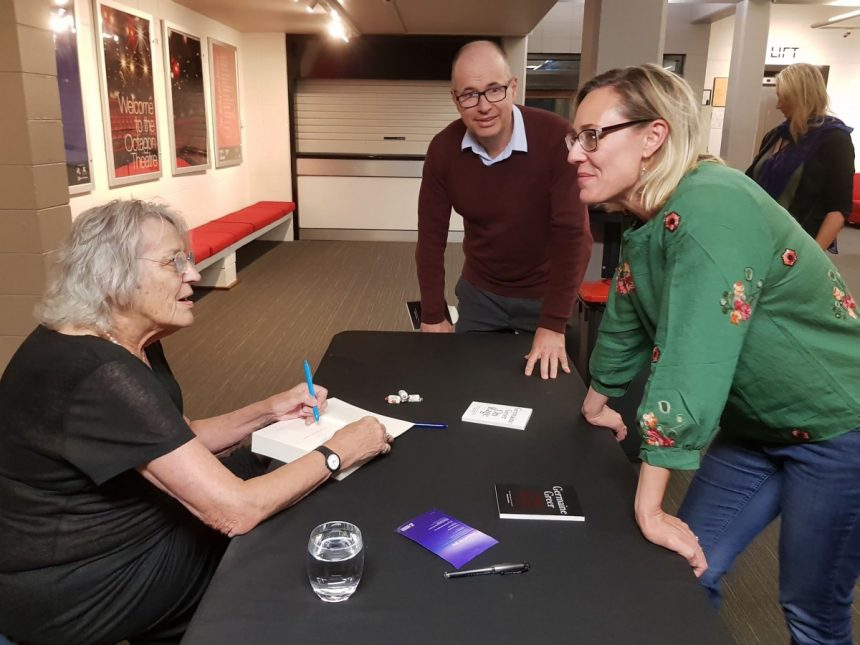 She may not welcome the comparison, but in a way, Dr Greer reminded me of Queen Elizabeth the Queen Mother. Apparently, Her Majesty wouldn’t listen to her minders, but would stay talking to people much longer than her official schedule allowed. It seems that Dr Greer wasn’t even meant to take the time write our names when autographing our books, but thankfully she didn’t follow that.

We briefly discussed her appearance in the TV show There’s Something About a Convent Girl. 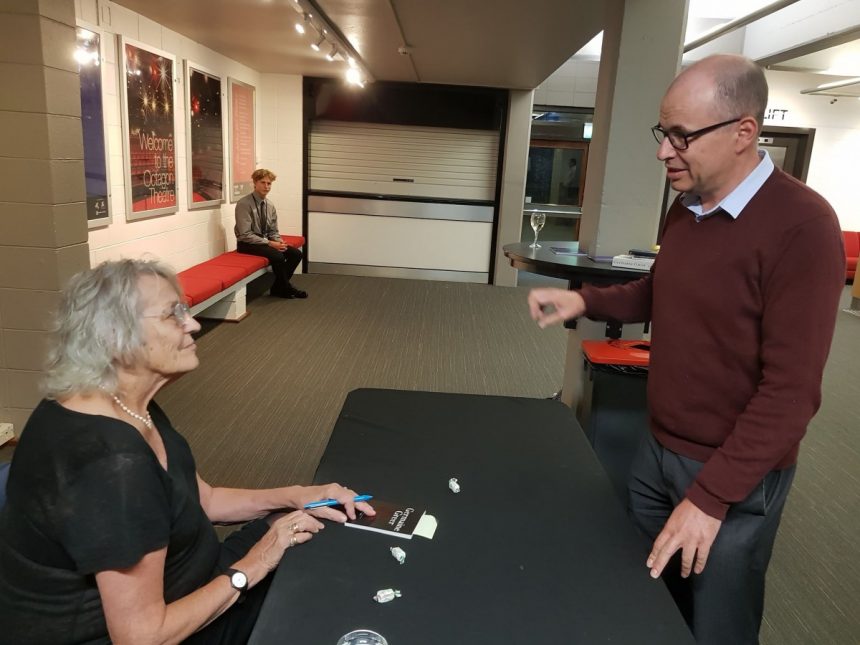 Then I referred to her video on YouTube about what I called ‘the c-word’. In response, she dropped the c-bomb, before adding something like: ‘It’s a great word.’

I mentioned the song I’d performed in my recent show, and some of the phrases that I’d used in place of that word, but resisted singing it to her.

Her YouTube video mentioned the importance of using that word ‘sparingly’. And so it was last night. I only heard her drop it once, though she was far more liberal in her treatment of its Sister F.

We spent some minutes discussing one or two of her controversial views. Even though by then, it was after midnight her time.

How many people half her age could do what she did last night?