My thirtieth anniversary of being an April fool 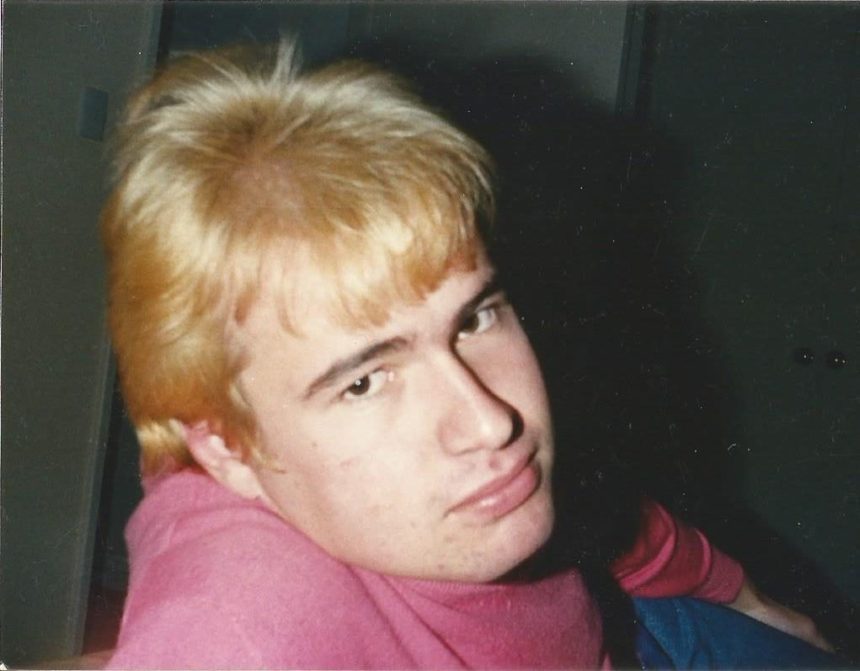 In my recent show The Sound of a Social Climbing Nun, I said: ‘In the eighties, people didn’t always make the right choices,’ and put up the above picture on the screen.

I almost cut that from the show, because it wasn’t about Julie Andrews or The Sound of Music and was more of an in-joke for people who know me, who admittedly did make up a fair proportion of the audience.

I kept it in for the first preview, because I worried I was being a bit smart-alecky about some of Julie’s questionable career choices (like the striptease and going topless) and thought I should be a bit humble and show that I could mistakes as well. It was the worst picture I could find.I put some dramatic music with it.

I also thought it would get a good reaction, but said I’d ditch it if it didn’t.

Well it got big, big laughs, and again the next night, and every night after that.

Today was Prosh Day, and I met up with Frank. The Paper was good, but things were so quiet and dull. After much deliberation, I bought a Hair Lightener Kit from the Pharmacy. The Uni Hairdresser was too expensive and only lightened bits of the hair. Frank had the car, so I and he went home to his place and did the deed. [#Editorial note: I probably could have phrased this sentence better. The ‘deed’ was bleaching my hair, nothing else!]

From the age of about ten, I could recite the names and dates of every English monarch since 1042, but I entered Uni thinking that bleached hair just faded away in a few weeks and didn’t have to grow out. 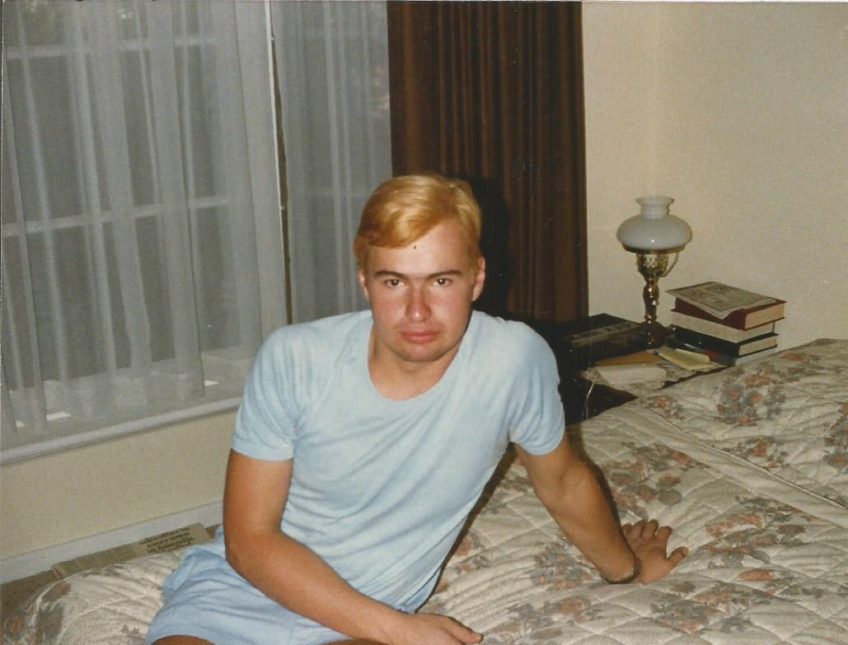 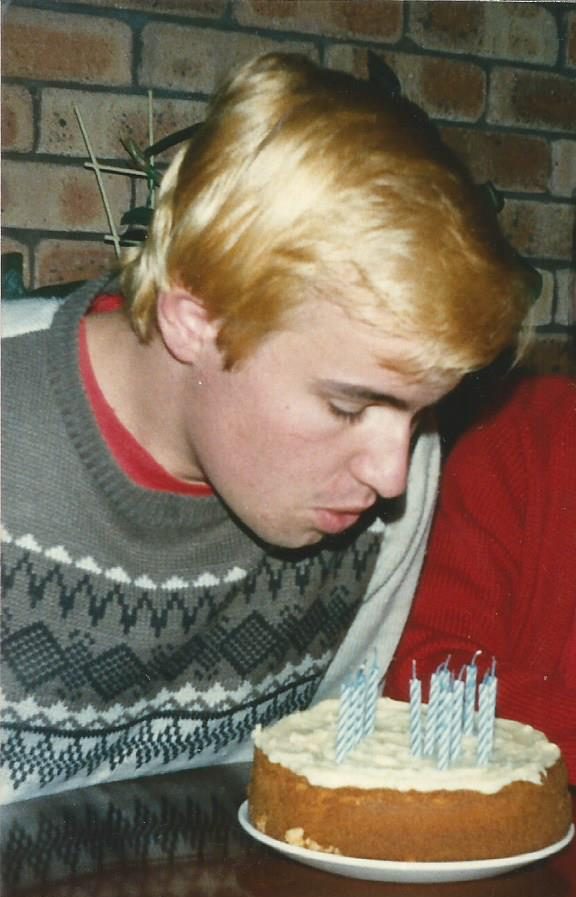 Actually, it looks kind of cute.

I kind of hammed it up after that: 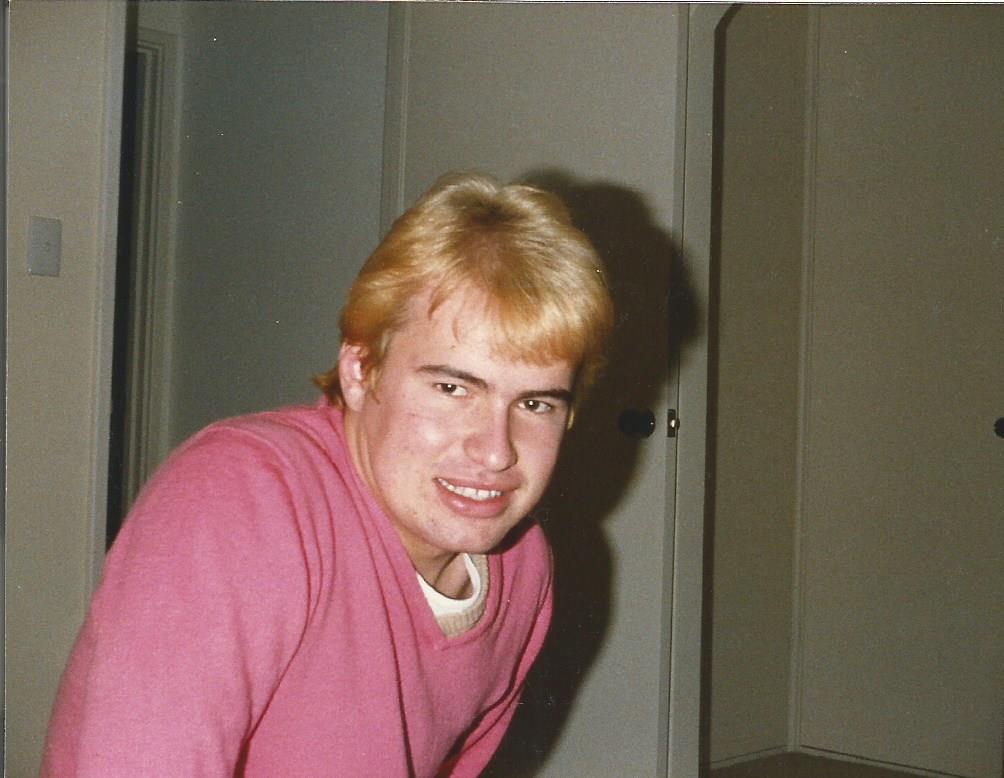 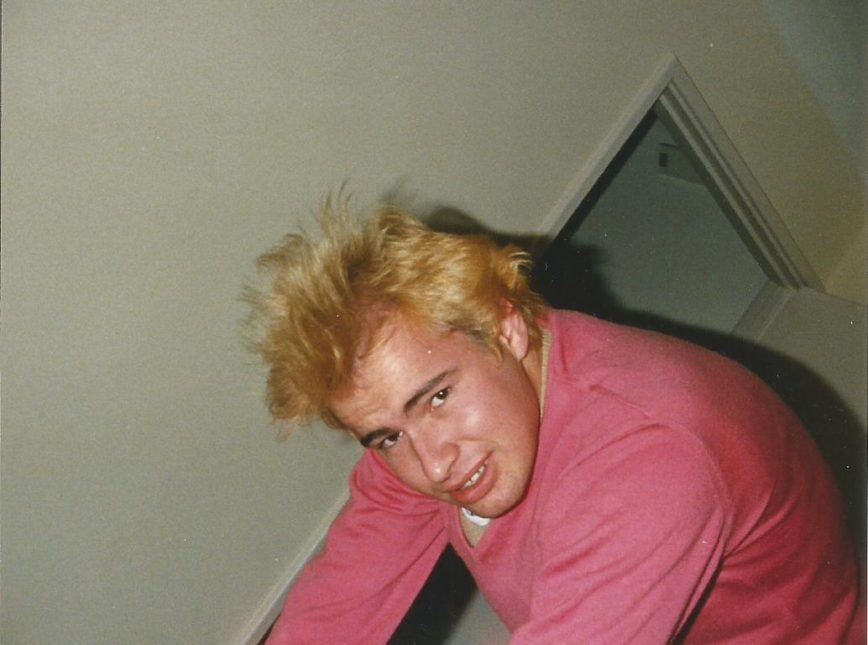 In retrospect, this is probably the best ever photo of my hair, taken earlier in the year: 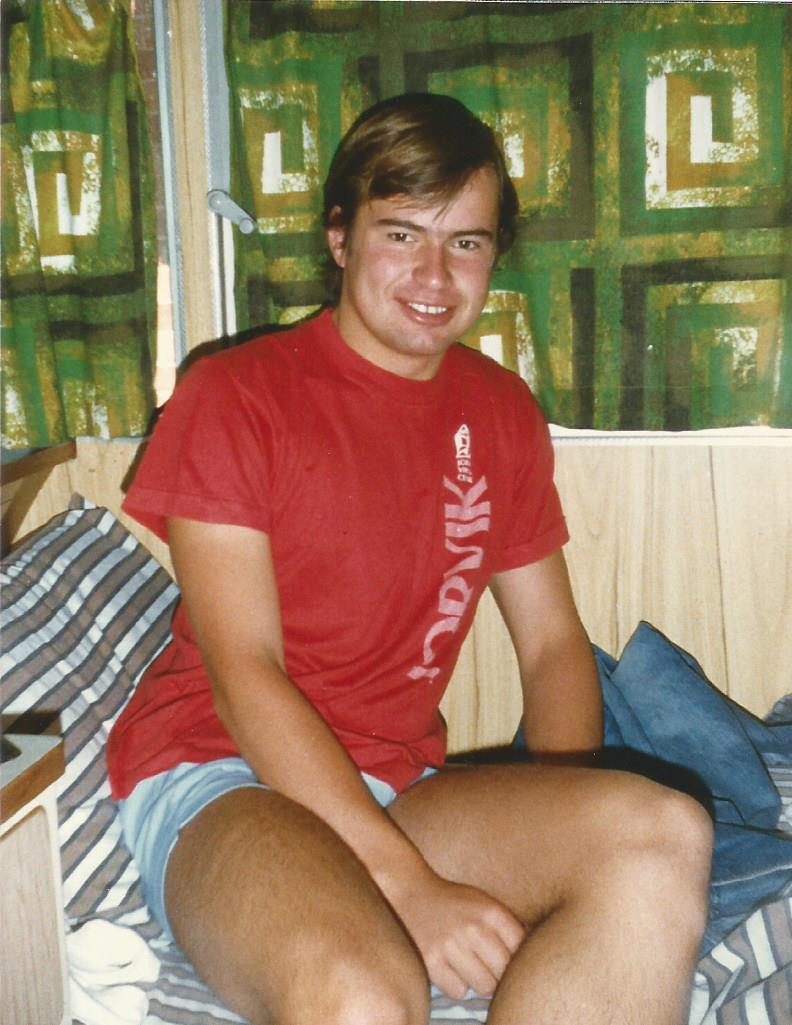 By my nineteenth birthday, I was beginning to notice a recession, not of an economic type. Mum assured me I had a widow’s peak, but it was starting to look like a peninsula…

2 thoughts on “My thirtieth anniversary of being an April fool”